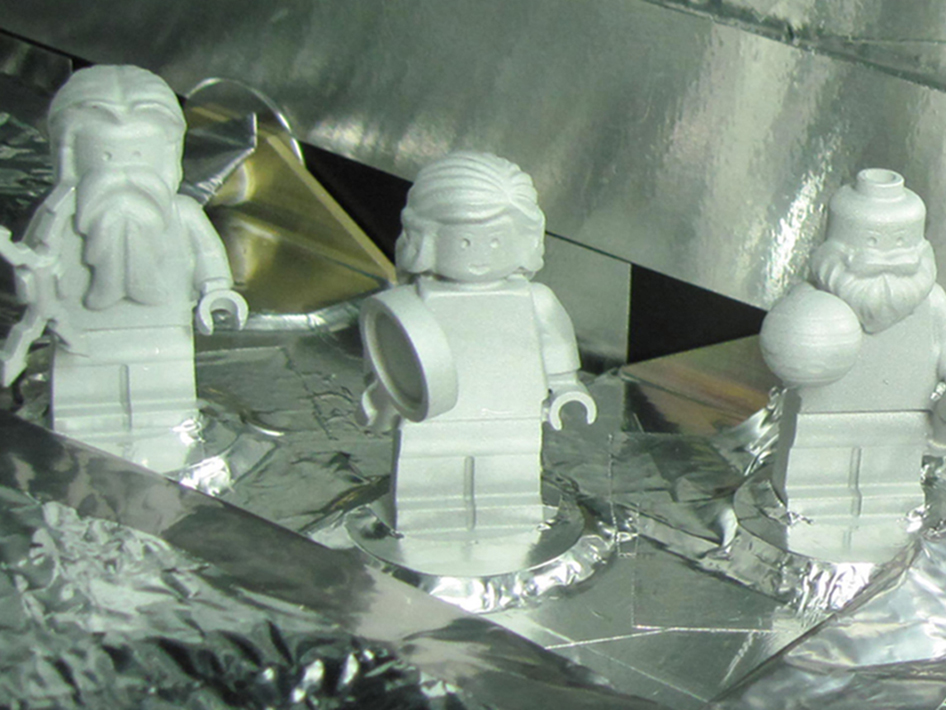 The inclusion of the LEGO figurines is part of a joint outreach and educational program developed as part of the partnership between NASA and the LEGO Group to inspire children to explore science, technology, engineering and mathematics.

In Greek and Roman mythology, Jupiter drew a veil of clouds around himself to hide his mischief. From Mount Olympus, Juno was able to peer through the clouds and reveal Jupiter’s true nature. Juno holds a magnifying glass to signify her search for the truth, while her husband holds a lightning bolt.

The third LEGO crew member is Galileo Galilei, who made several important discoveries about Jupiter, including the four largest satellites of Jupiter (named the Galilean moons in his honor). Of course, the miniature Galileo has his telescope with him on the journey.

The spacecraft is expected to arrive at Jupiter in 2016. The mission will investigate the gas giant’s origins, structure, atmosphere and magnetosphere. Juno’s color camera will provide close-up images of Jupiter, including the first detailed glimpse of the planet’s poles.

Bottom line: When it launches on Aug. 5, 2011, NASA’s Jupiter-bound Juno spacecraft will carry three 1.5-inch LEGO likenesses – of Galileo Galilei, the Roman god Jupiter, and his wife Juno to Jupiter.

Jupiter’s secrets to be revealed by Juno spacecraft