This just in. NASA’s Swift satellite joined professional and amateur astronomers around the globe in monitoring asteroid 2005 YU55 as it swept past Earth on November 8 and 9, 2011. The Swift satellites unique ultraviolet data will aid scientists in understanding the asteroid’s surface composition. Plus they made this cool movie of the asteroid’s passage!

The challenge with 2005 YU55 was its rapid motion across the sky, which was much too fast for Swift to track. Instead, the team trained
the spacecraft’s optics at two locations along the asteroid’s predicted path and let it streak through the field. The first exposure
began a few hours after the asteroid’s closest approach and fastest sky motion — before 9 p.m. EST on November 8 — but detected only a weak signal.

Six hours later, around 3 a.m. EST on November 9, Swift began an exposure that captured the asteroid sweeping through the Great Square of the constellation Pegasus. The 11th-magnitude rock was then 333,000 miles away and moving at 24,300 mph, about an hour after its closest approach to the moon.

That exposure gave the Swift team more than a streak through the stars. The 27-minute-long image was effectively sliced into short 10-second-long exposures, which then were combined into a movie. This allows scientists to study short-term brightness variations caused by the object’s rotation.

The result is the movie above of 2005 YU55 at ultraviolet wavelengths unobtainable from ground-based telescopes.

Yesterday (November 9), NASA released the first movie of asteroid 2005 YU55 – the six-frame movie below. It was generated from data obtained by NASA’s Goldstone Solar System Radar on November 7, 2011, the day before the asteroid’s sweep near Earth – which was on the afternoon of November 8, according to clocks in the U.S. The asteroid swept within the moon’s orbit. At its closest it was about 200,000 miles (about 300,000 kilometers) away.

This movie is based on radar images obtained when the space rock was at 3.6 lunar distances, which is about 860,000 miles, or 1.38 million kilometers, from Earth.

Each of the movie’s six frames required 20 minutes of data collection by the Goldstone radar. Resolution is four meters per pixel. 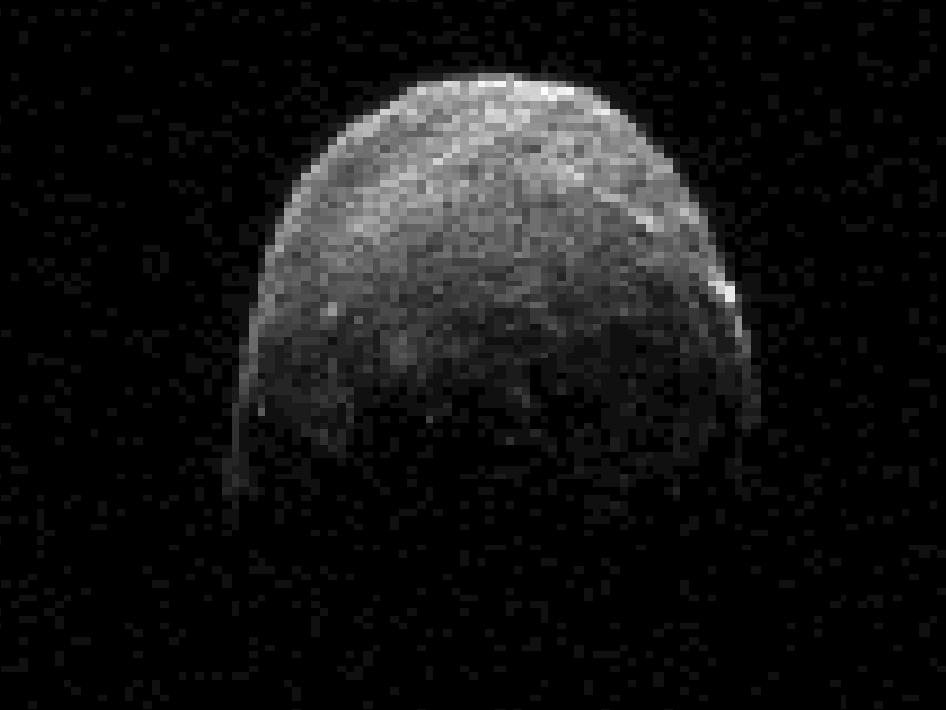 Bookmark this page, and we’ll populate it with the most recent images of YU55 as they come in.

Bright object near moon November 7 is Jupiter, not 2005 YU55