NOAA forecasters are also estimating a 30% to 45% chance of polar geomagnetic storms on January 17, 2013 when a CME is expected to hit Earth’s magnetic field.

An active region on the sun – AR1654 – is now more or less facing Earth and has a 5% chance of producing X-flares today (January 17, 2013), according to Spaceweather.com. Meanwhile, NOAA forecasters are also estimating a 30% to 45% chance of polar geomagnetic storms on January 17 as an incoming coronal mass ejection or CME strikes Earth’s magnetic field. There have been auroras seen at northerly latitudes in the past several days, and this new CME could spark more auroral activity around the Arctic Circle.

Rick Trommater, a friend on Facebook, posted the photo below late yesterday. He said he spotted it on Earth Project Z, which wrote:

CHANCE OF FLARES: So far today, solar activity is low. However, that could be the calm before the storm. The magnetic field of big sunspot AR1654 has grown more complex. It is now classified as a ‘beta-gamma-delta’ magnetic field, which means it harbors energy for X-class eruptions.

If there is a flare today (January 16, 2013), the blast would be Earth-directed. This sunrise shot [below], taken at dawn on Jan. 16 by Jan Koeman on the bank of the Westerschelde River in the Netherlands, shows how AR1654 (circled) is almost directly facing our planet. 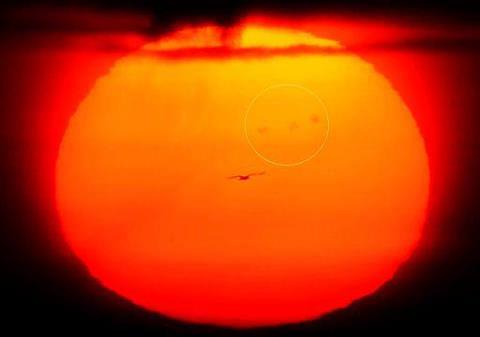 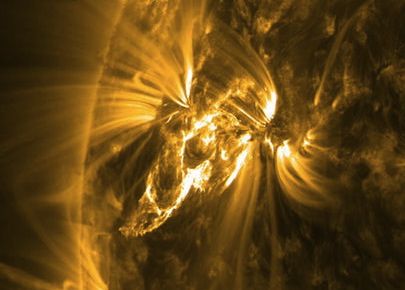 The magnetic canopy of sunspot AR1654 is in a state of unrest, relentlessly shifting, reconnecting, and crackling with minor flares.

But Spaceweather.com adds that:

So far, however, the sunspot has failed to produce a major eruption. Perhaps the tension is being relieved prematurely by restless fidgeting.

The movie below – from NASA’s Solar Dynamics Observatory – shows growing Sunspot AR1654 in extreme UV light, as it first appeared over the sun’s limb last week and began to turn towards Earth. All this time, this region has been producing low-level A, B, C and M class flares. The sunspot complex is now over 112,000 miles long (180,000 kilometers long, or 14 Earth diameters). The video covers about 36 hours on Janury 10 and 11, 2013. (Video repeats three times)

If an X-flare does occur, it is not harmful to our human bodies on Earth’s surface, but these flares do have the potential to affect our technology. To learn more about the potential effects of large solar flares, read this article.

Many EarthSky Facebook friends have also captured AR1654 since it appeared over the limb of the sun last week. 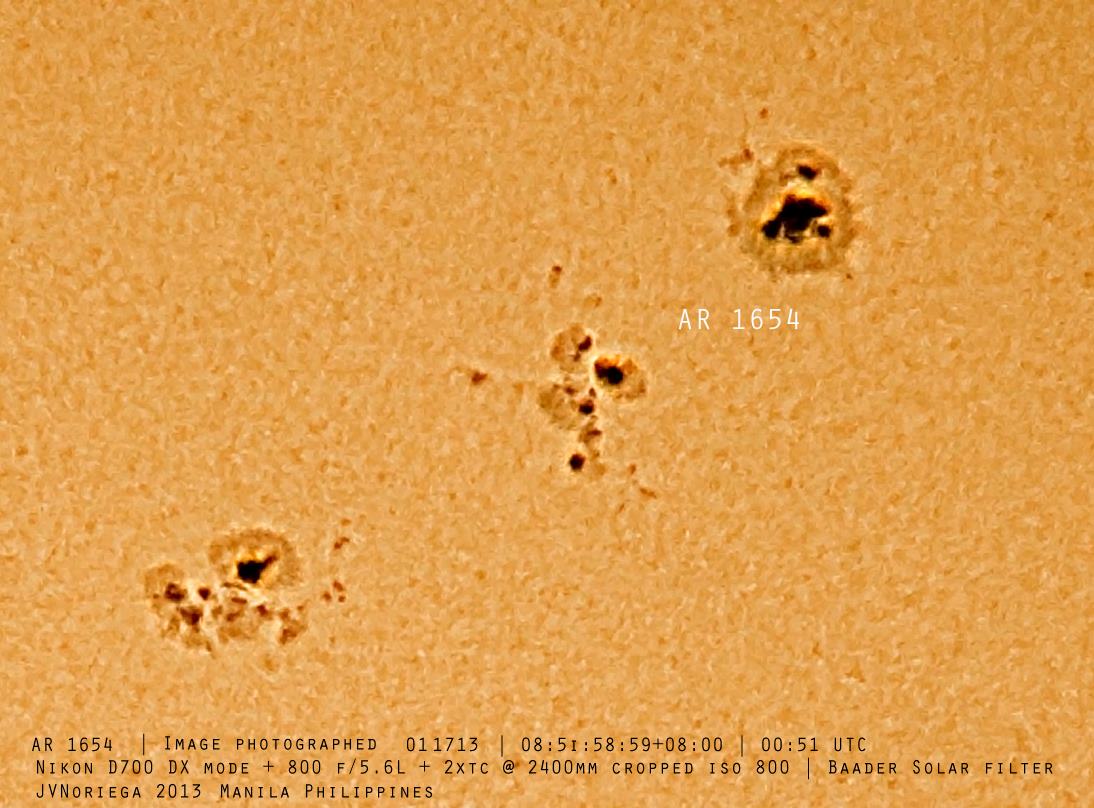 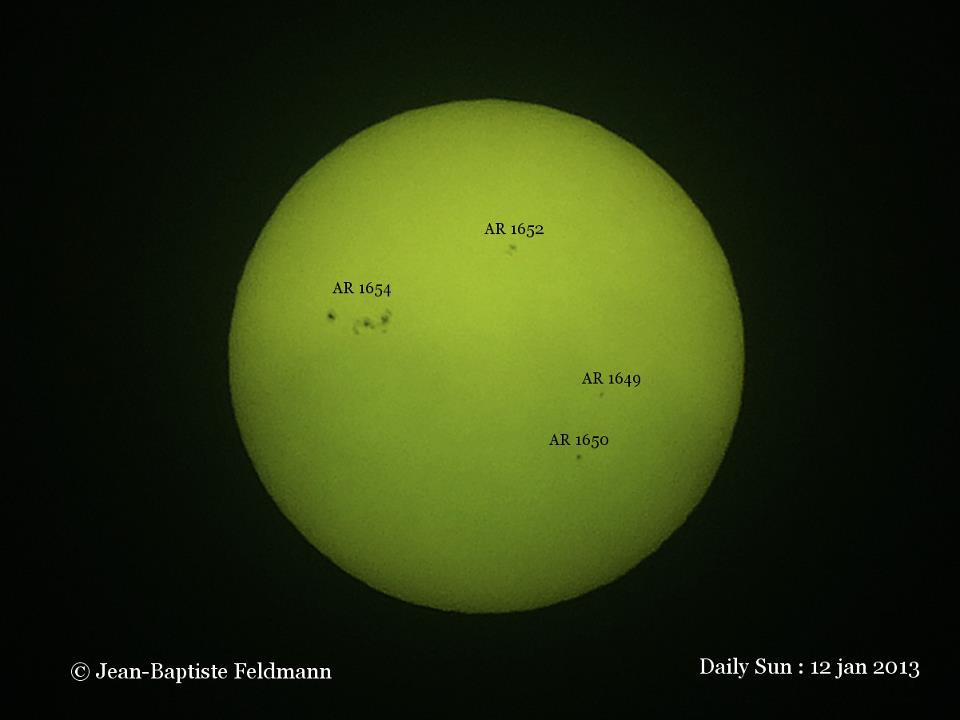 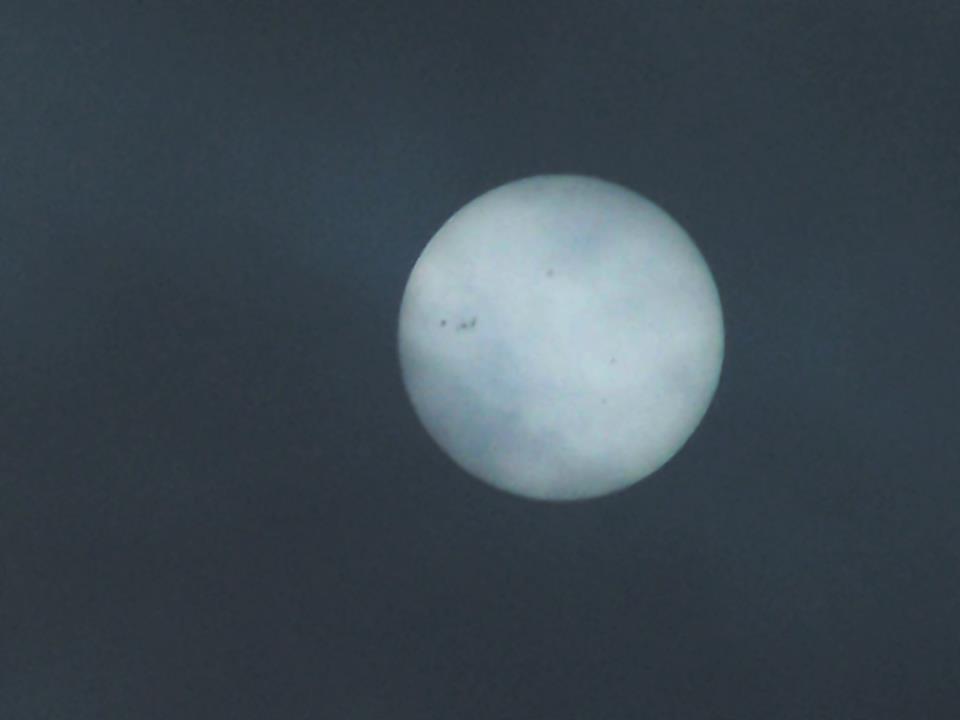 On January 11, 2013, as AR1654 was just beginning to appear over the limb of the sun (upper left of sun in this photo), EarthSky Facebook friend Nonya Justagirl captured this image. Thank you, Nonya! View larger.