These astronomers say this is the first direct glimpse at dark matter on large scales showing the cosmic web in all directions.

Astronomers who spent five years analyzing light from 10 million galaxies in four different regions of the sky say they have now mapped dark matter on a larger scale than ever before. They now say they see an intricate cosmic web consisting of both dark matter and visible galaxies – spanning more than one billion light-years. The international team was led by astronomers from University of Edinburgh, Scotland, and University of British Columbia, Vancouver, Canada. They are presenting their results at the winter meeting of the American Astronomical Society in Austin, Texas, which began today (January 9, 2012). 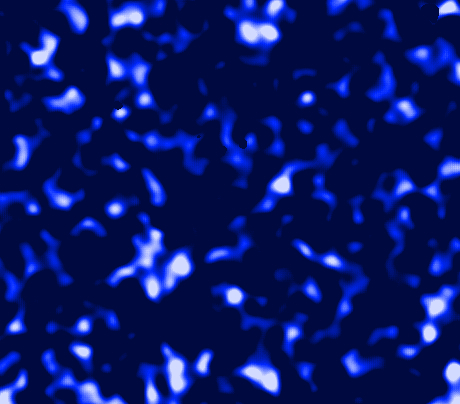 The observations show that dark matter in the universe is distributed as a network of gigantic dense (white) and empty (dark) regions. As seen on Earth’s sky dome, the largest of the white regions shown here are about the size of several full moons. Credit: Van Waerbeke, Heymans, and CFHTLens collaboration.

The researchers studied the distortion of the light emitted from some 10 million galaxies. The light is bent as it passes massive clumps of dark matter during its journey to Earth.

Galaxies included in the survey are typically six billion light-years away. The light captured by the images used in the study was emitted when the universe was six billion years old – roughly half the age it is today. 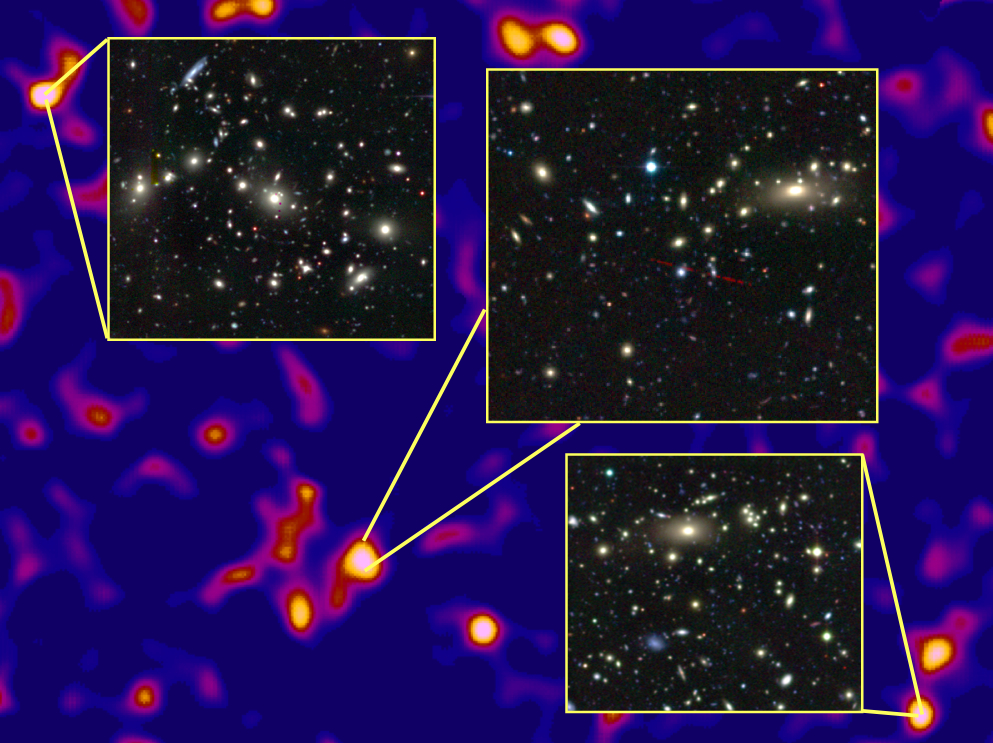 The team’s result has been suspected for a long time from studies based on computer simulations, but was difficult to verify owing to the invisible nature of dark matter. These astronomers say this is the first direct glimpse at dark matter on large scales showing the cosmic web in all directions.

It is fascinating to be able to ‘see’ the dark matter using space-time distortion. It gives us privileged access to this mysterious mass in the universe which cannot be observed otherwise. Knowing how dark matter is distributed is the very first step towards understanding its nature and how it fits within our current knowledge of physics.

Bottom line: Astronomers who spent five years analyzing the light of some 10 million galaxies say they now have a detailed map of the distribution of visible galaxies and dark matter in the universe. Their project is known as the Canada-France-Hawaii Telescope Lensing Survey (CFHTLenS) and uses data from the Canada-France-Hawaii Telescope Legacy Survey. The astronomers are announcing their results this week at the American Astronomical Society meeting, which began today (January 9, 2012).

More from the AAS meeting: Mapping dark matter from ripples of passing satellites