Kepler is back! 100 new planets 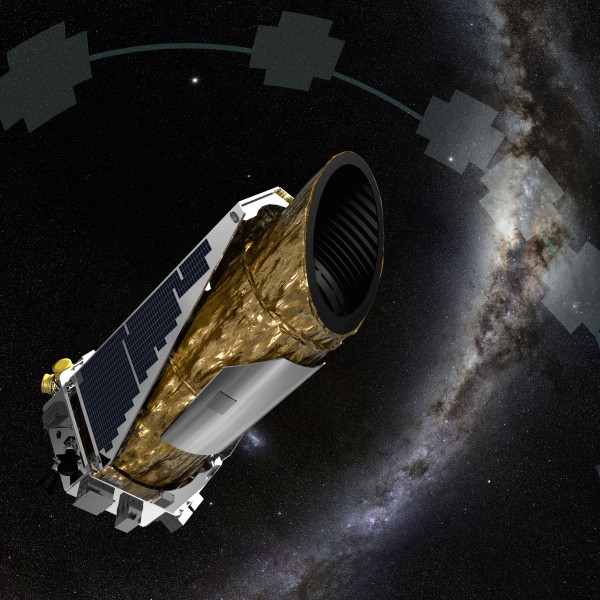 The stalwart Kepler spacecraft now uses pressure from sunlight as a “virtual reaction wheel” to help control and stabilize the craft during its planet searches. Image via NASA.

At the 227th Meeting of the American Astronomical Society (AAS) in Florida this week, astronomers affiliated with the planet-hunting Kepler spacecraft announced that the planet-hunter has come roaring back to functionality with 100 new planet finds. That’s following a malfunction in May, 2013, when Kepler lost the second of four gyroscope-like reaction wheels, used to keep the craft stable. The malfunction ended new data collection for the original mission, but – as happens so often given the very ingenious men and women who build and operate our world’s spacecraft – space scientists figured out a way to keep the mission going. The new mission – dubbed K2 – found its first exoplanet at the end of 2014. During this past year, the K2 mission found more than 100 confirmed new planets, astronomers said on January 5, 2016, during the AAS meeting.

They said K2 will continue Kepler’s search for other worlds, and introduce new opportunities to observe star clusters, young and old stars, active galaxies and supernovae.

The new stabilization and control technique uses radiation pressure from the sun and two remaining reaction wheels, and lets operators control the spacecraft in all three directions of motion. Read engineering details here.

The original Kepler mission – launched in 2009 – was the most successful planet-finding mission ever. The original mission found more than 1,000 exoplanets, more than half of all exoplanets ever discovered.

The spacecraft finds planets via their transit – or crossing – in front of their stars’ disk. Kepler’s instruments note the tiny dip in the star’s brightness as the planet executes this very tiny eclipse of the star’s light. Click here for an interactive tool that’ll let you see how Kepler uses transits to find planets.

But this technique requires extremely precise pointing. Thus when Kepler lost the second of its gyroscope-like reaction wheels, the mission came to an abrupt halt.

Now the Kepler team is keeping the telescope stable, with the help of the sun, and the spacecraft is able to observe different patches of the sky for around 80 days at a time to search for planets and other objects and phenomena in space.

The video below shows the relative sizes of the orbits and planets in the planetary systems discovered by Kepler up to November, 2013. Orbits go through the duration of the mission (3.5 years) up to that time. The colors go by order from the star (the most colorful is the 7-planet system KOI-351). The terrestrial planets of the solar system are shown in gray. This animation is by Dan Fabricky.

Bottom line: The Kepler spacecraft is moving forward with its second-chance K2 mission and has already discovered 100 new exoplanets.