This new Juno spacecraft image shows magnificent swirling clouds in Jupiter’s dynamic atmosphere. The craft was about 4,400 miles (7,000 km) from the planet’s cloud tops on October 29, over about 40 degrees north. 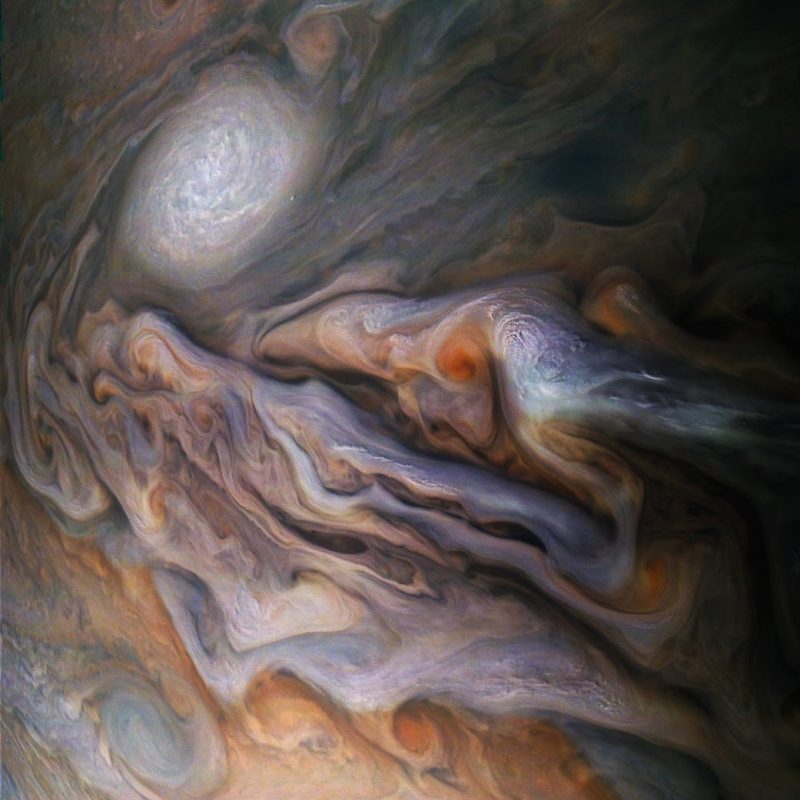 NASA’s Juno spacecraft captured this image of swirling clouds over Jupiter’s North Temperate Belt on October 29, 2018, as the spacecraft performed its 16th close flyby of Jupiter. At the time, Juno was about 4,400 miles (7,000 km) from the planet’s cloud tops, at a latitude of approximately 40 degrees north.

A NASA statement described the image:

Appearing in the scene are several bright-white “pop-up” clouds as well as an anticyclonic storm, known as a white oval.

Citizen scientists Gerald Eichstädt and Seán Doran created this color-enhanced image using data from the spacecraft’s JunoCam imager. JunoCam’s raw images are available for the public to peruse and to process into image products here.