Juno spacecraft on approach to Jupiter! The craft will arrive at Jupiter on July 4, first spacecraft to orbit the giant planet since Galileo (1995-2003). 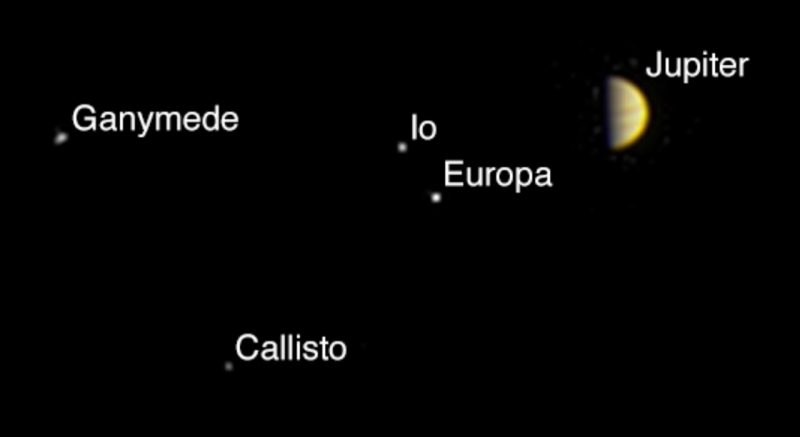 Here was the Juno spacecraft’s view on June 21, on approach to Jupiter. Image via NASA/JPL-Caltech/SwRI/MSSS.

NASA’s Juno spacecraft is now approaching Jupiter after a five-year trip through space. It’s due to arrive July 4, 2016. It obtained this color view of the planet and its four largest moons on June 21. At the distance of this image, 6.8 million miles (10.9 million km), the alternating light and dark bands of the planet’s clouds were just beginning to come into view.

Juno, an unmanned spacecraft the size of a basketball court, launched on August 5, 2011. On July 4, 2016, the solar-powered spacecraft will enter orbit around Jupiter and fly within 2,900 miles (4,667 km) of the cloud tops of our solar system’s largest planet. It’ll be the first craft to orbit Jupiter since Galileo, which arrived in 1995 and spent eight years in orbit.

Juno is approaching over Jupiter’s north pole, affording the spacecraft a unique perspective on the Jupiter system. Previous missions that imaged Jupiter on approach saw the system from much lower latitudes, closer to the planet’s equator.