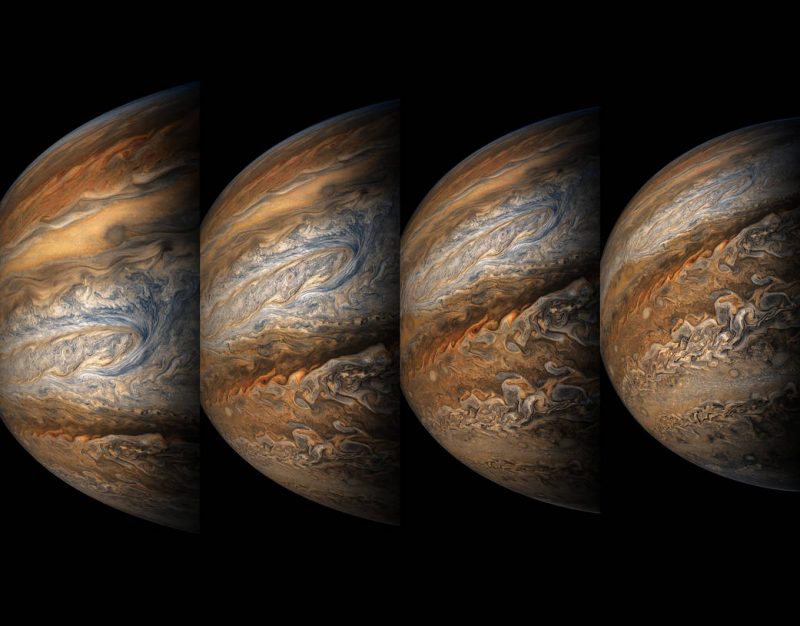 NASA’s Juno spacecraft captured this series of images during its eighth close flyby of gas giant planet Jupiter on September 1, 2017.

Points of Interest include:

The final image in the series on the right shows Jupiter’s south pole coming into view.

JunoCam’s raw images are available for the public to peruse and process into image products here.

Bottom line: A series of images of Jupiter taken by the Juno spacecraft on September 1, 2017.