Slooh.com invites stargazers worldwide for an online viewing of the total eclipse of the moon on October 8. Deborah Byrd will be on hand as a special guest. 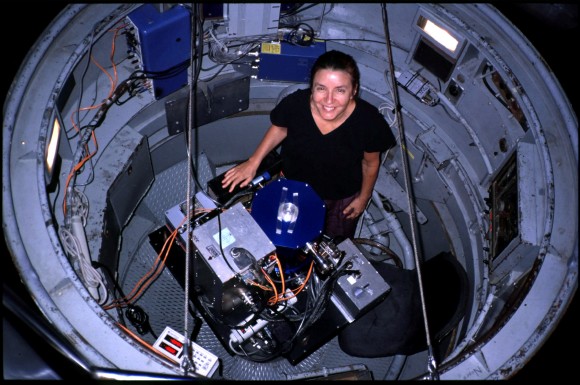 Deborah Byrd inside the observer’s cage at the Palomar 200-inch telescope. Join her at Slooh.com for the total eclipse of the moon.

EarthSky.org editor-in-chief Deborah Byrd will join Bob Berman of Slooh.com and stargazers around the world during an online view of this week’s total eclipse of the moon on October 8, 2014. Byrd will be speaking with Berman from 115-140 UTC (5:15 a.m. EDT – 5:40 a.m. EDT) at Slooh’s website, which you will find here.

Click here to translate from UTC to your local time.

Byrd and Berman will talk about the moon’s unique placement among the stars during the eclipse, touching on the exciting fact that the planet Uranus – a world barely visible to the eye – will be near the moon as the eclipse is taking place.

Stargazers worldwide are invited to watch this spectacular eclipse of the moon on October 8, as it unfolds live in your night sky … and at Slooh.com. The free, real-time broadcast will begin on October 8th starting at 2:00 AM PDT / 5:00 AM EDT / 0900 UTC with live feeds from multiple locations located in Australia and North America. 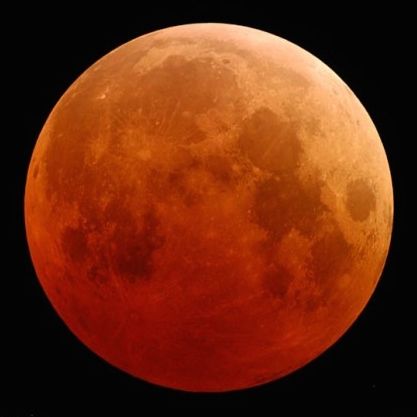 Bottom line: Slooh.com invites stargazers worldwide for an online viewing of the total eclipse of the moon on October 8. Deborah Byrd will be on hand as a special guest.