ISS photobombed the sun this week

Spaceships and sunspots! Two great photos of ISS transiting the sun on June 30. 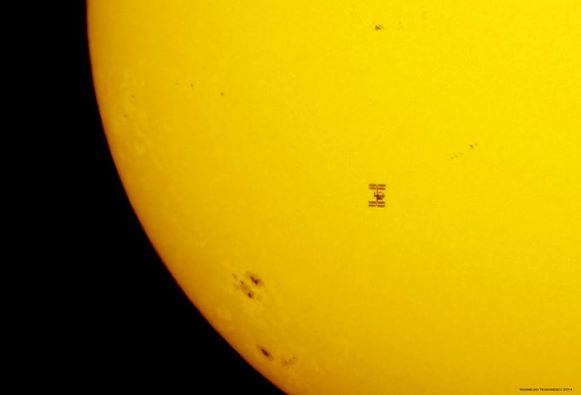 Maximilian Teodorescu of Magurele, Romania captured this photo of the ISS on June 30, 2014 as it transited the solar disk right in front of the new sunspot groups AR12104/12107. 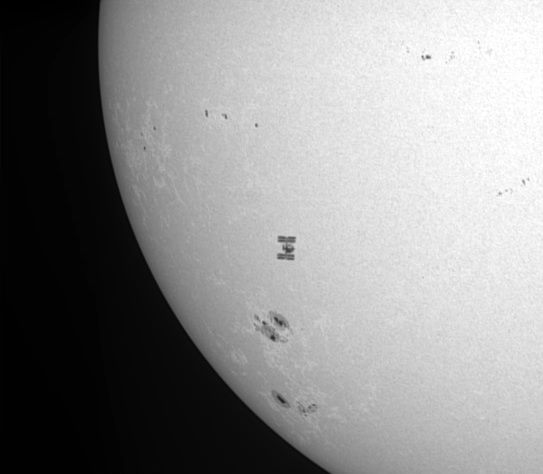 Just a few hours later, John Stetson in Portsmouth, NH also caught a fantastic image of our orbital outpost in front of the newly formed sunspot group AR2104 and AR2107.

Thank you both, Maximilian Teodorescu and John Stetson, for these great captures of the International Space Station in front of the sun.

NASA said it would be sending these two shots up to Astronauts Reid Wiseman and Alexander Gerst for them to enjoy as well!