Updates on 2 Mars missions, 1 old and 1 new. Insight is on course for a November touchdown. The 15-year-old Opportunity rover lost contact with Earth months ago, due to a global dust storm, but the engineering team is hopeful.

NASA said on August 20, 2018, that its InSight spacecraft, launched May 5 and now en route to Mars, passed the halfway mark on August 6. All of its instruments have been tested and are working well. More about Insight below.

In the meantime, NASA said, it has still hasn’t heard a peep from its Opportunity rover on Mars. The nearly-15-year-old rover suddenly went silent on June 10, after a planet-wide dust storm blotted out the sun and cut off the rover’s solar power. Space scientists now believe the dust storm is decaying – meaning the air on Mars is clearing – hopefully meaning the rover will soon be able to recharge and phone home. More about Opportunity below. 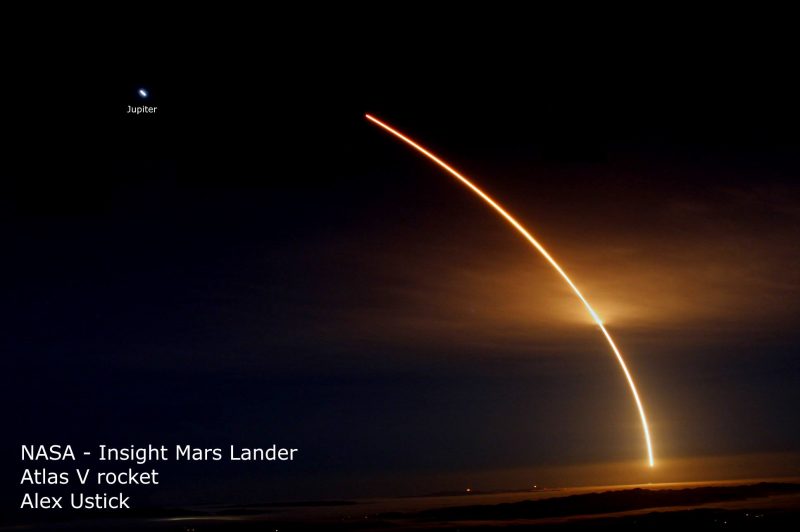 Awesome shot of Insight Mars launch from Alex Ustick in California. It was foggy, but many caught Insight climbing to space. Notice Jupiter! Read more.

InSight Mars is NASA’s newest Mars mission, due to touch down on Mars on November 26, 2018, in the Elysium Planitia region. Its mission will be to study the red planet’s deep interior, another first for the space agency and the human race.

As of August 20, NASA said, the spacecraft had covered 172 million miles (277 million km) since its May 5 launch. It’s due to travel another 129 million miles (208 million km) in order to reach Mars. These distances seem vast, and yet InSight was able to take advantage of an exceptionally close approach between Earth and Mars this summer, which culminated on July 31, bringing Mars closer to us than it had been since 2003.

NASA said the InSight team is using the time before the spacecraft’s November arrival at Mars not only to plan and practice for the critical day of touchdown, but also to activate and check spacecraft subsystems vital to cruise, landing and surface operations, including the highly sensitive science instruments.

The spacecraft’s Instrument Context Camera also acquired a long-exposure (24-second) image – a dimly seen, but still cool selfie – showing some of the interior features of the backshell encapsulating the craft. Check out the image below. 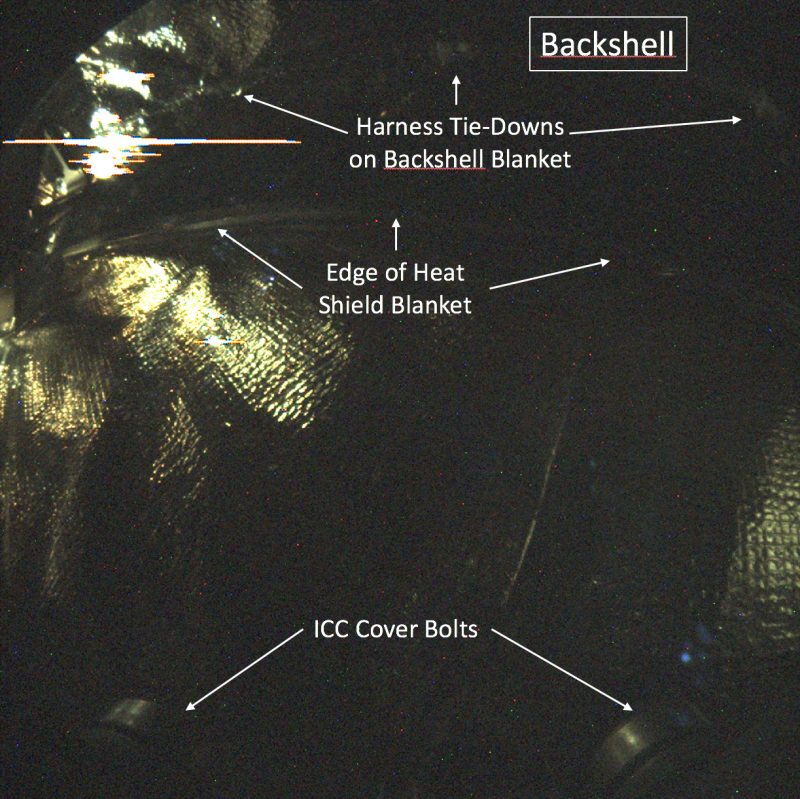 InSight’s August 2018 selfie, acquired while traveling through the dark of space to Mars. This image shows the craft’s backshell, which carries some components needed for the mission and also will help protect the craft on descent. Read more.

Opportunity rover has been silent since June 10. Now the global dust storm is showing signs of decaying – meaning more dust is falling out of the atmosphere than is being raised back into it. The hope of engineers at NASA’s Jet Propulsion Laboratory in Pasadena, California, is that this clearing trend will continue, and that we don’t get another dust storm surge. They hope that, as skies on Mars clear (when they clear) – and Opportunity regains its power source (the sun) – the rover might revive.

But no one knows for certain. And no one will know how the rover is doing until it speaks, NASA said. Still, the Opportunity team notes reasons to be optimistic:

They’ve performed several studies on the state of its batteries before the storm, and temperatures at its location. Because the batteries were in relatively good health before the storm, there’s not likely to be too much degradation. And because dust storms tend to warm the environment — and the 2018 storm happened as Opportunity’s location on Mars entered summer — the rover should have stayed warm enough to survive.

What will the engineers be looking for – and what will those signs mean for recovery efforts? Read more: 6 Things about Opportunity’s Recovery Efforts. 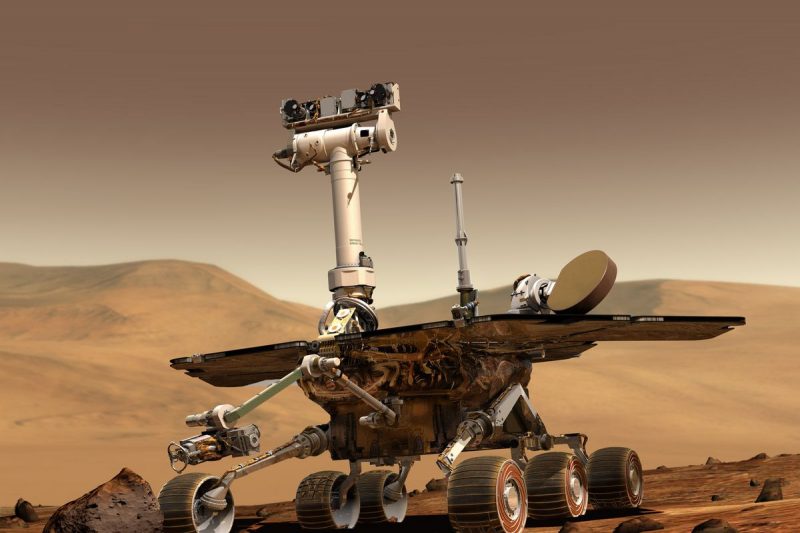 Artist’s concept of the 15-year-old Opportunity rover on Mars, under a dust-free Martian sky. Speak to us, Opportunity! Image via NASA.

One thing to keep in mind is that – even if engineers hear back from Opportunity – the rover might not be the same. Its batteries could have discharged so much power, NASA explained – and stayed inactive so long – that their capacity is reduced.

If those batteries can’t hold as much charge, it could affect the rover’s continued operations. It could also mean that energy-draining behavior, like running its heaters during winter, could cause the batteries to brown out.

Dust isn’t usually as much of a problem. Previous storms plastered dust on the camera lenses, but most of that was shed off over time. Any remaining dust can be calibrated out.

Missing Opportunity? NASA invites you to write a message sharing your thoughts. Aw!

Mars, before and after 2018’s global dust storm. Read more about this image. When the dust blotted out the sun, so that Opportunity’s cameras could not recharge, the rover went silent.

Bottom line: Insight Mars – launched May 5 – is halfway there and due for a November 26 touchdown. The 15-year-old Opportunity rover lost contact with Earth as a global dust storm encircled Mars months ago, but scientists are hopeful.

Read more: Insight Mars is on its way