India’s Mars Orbiter Mission (MOM) was expected to end on March 24. But it turns out that the probe could have another 6 months of life left in it. 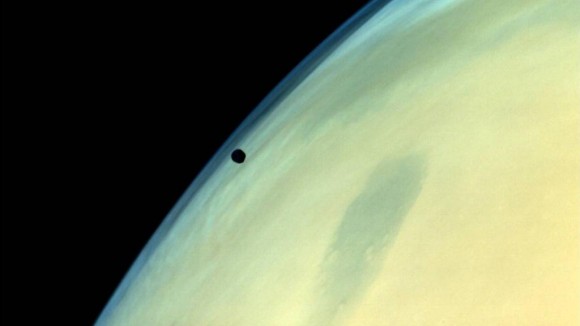 India’s first visit to the Red Planet, the Mars Orbiter Mission (MOM), could have another six months of life left in it, according to officials from the Indian Space Research Organization (ISRO).

The USD $71 million mission, launched on November 5, 2013, had a planned six-month life span once in orbit. The probe entered the Martian atmosphere on September 24, 2014 and was due to complete its mission yesterday (March 24). However, according to ISRO, and confirmed by science minister Jitender Singh in Parliament last week (March 17), MOM has 37 kgs of reserved fuel left which could allow it to operate for another six months.

For ISRO scientists the news about the extended life of MOM has become a moment to celebrate because it gives them an opportunity to carry out deeper research into various aspects of the Red Planet, particularly about its atmosphere and climate. It may be recalled that recently one of MOM’s five payloads, the Methane Sensor For Mars (MSM) recorded radiation from the surface of Mars which reflected the sun’s radiation back into space, during its hunt for methane.

Fuel estimates provided to Sen by ISRO reveal that at launch it had 850 kg of fuel, and a total of 813 kg were consumed for various maneuvers. For example, 338.9 kg of fuel were consumed during the launch phase of the mission. During the critical trans-Martian insertion on the night of December 1, 2013—the moment when MOM entered the Martian highway—it used nearly 190 kg of fuel. To fly the nearly 680 million km to the Red Planet it hardly used any fuel. For the much-awaited Mars orbit insertion on September 24, 2014, 249.5 kg of fuel were consumed.

Post Mars orbit insertion hardly any fuel was consumed and ISRO officials say that MOM would need only about 20 kg of fuel to function for another six months. This, they point out, will mean that it will have 17 kg of fuel still left even after the second phase of six-month period ends on September 24, 2015. An ISRO official told Sen:

The perfect fuel budgeting has allowed MOM to remain operational even after the initial six-month life span is over on March 24.

After MOM entered the Martian orbit, occasionally a very small amount of fuel has been used for executing minor trajectory corrections.

Though ISRO officials are upbeat about the extended life of MOM, they are, however, ready to acknowledge that they will face a major challenge during the communication blackout period for 15 days between June 8-22, 2015.

MOM project director Subbiah Arunan, had earlier explained that there will be a communication blackout because the sun will come between Earth and Mars blocking the view of the Red Planet. The man who successfully commanded India’s maiden mission to Mars said that the scenario had been tested in mission simulation tests.

According to ISRO, during this period, MOM will be completely autonomous and there will be no communication with the spacecraft. An official explained:

MOM will be on its own and we will not know how much fuel it will consume for executing different maneuvers. Only after it emerges from the communication blackout phase on Jun. 22 can we evaluate its performance mainly with regards to the fuel consumption and come to some conclusion about its mission span.

They are optimistic that it will come out unscathed during the blackout because they recall it crossed the deadly Van Allen radiation belt 39 times while heading towards Mars without any negative impact.