India has reached for the stars with a successful launch of its first astronomy satellite. ASTROSAT carries India’s version of the Hubble Space Telescope. 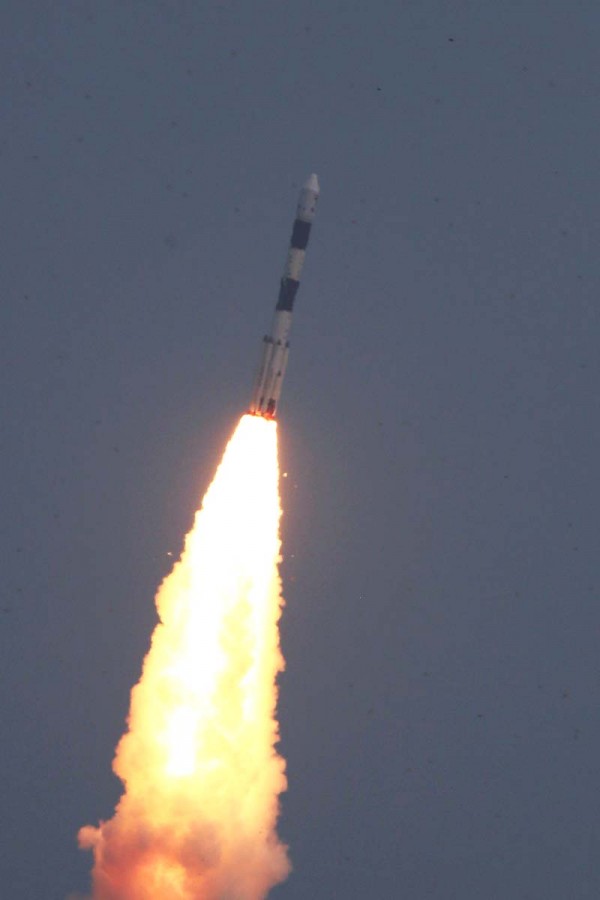 September 24, 2015 was the one-year anniversary of the successful placement into orbit of India’s first interplanetary mission, the Mars Orbiter Mission (MOM), called Mangalyaan in India. Today – September 28 – India reached another space milestone with the successful launch of ASTROSAT, an Earth-orbiting satellite for astronomy. The Indian Space Research Organization (ISRO) launched the satellite from Sriharikota, a barrier island off the Bay of Bengal coast, on a Polar Satellite Launch Vehicle (PSLV) rocket. A statement from the Tata Institute of Fundamental Research, which helped lead this effort, said:

Astrosat has unprecedented capability to simultaneously observe cosmic objects in visible light, the ultraviolet waveband and the entire X-ray waveband from very low energy to very high energy X-rays. This unique ability to observe the universe in multi-wavelengths, simultaneously, is aimed at performing cutting-edge research in astrophysics.

ASTROSAT carries five payloads, including an ultraviolet Imaging Telescope (UVIT). Some are describing this telescope as India’s version of the Hubble Space Telescope, and, if so – if you’ll take a peek at the images from India’s MOM spacecraft orbiting Mars now – I think you’ll agree that’s exciting!

IndianExpress.com explained how the ASTROSAT mission is different from previous missions launched by India:

In some ways, ASTROSAT is a very different mission for ISRO and will add a new dimension to its capabilities. Chandrayaan and Mangalyaan, the moon and Mars missions respectively, were essentially technology-demonstration projects, at least when they were planned. This is not to say there was no science component in these, or that these did not add to our scientific knowledge. Chandrayaan, in fact, confirmed the presence of water on the moon.

But these missions were essentially building the foundation for India’s deeper exploration into space.

And now India is poised to begin that deeper exploration. By the way, only the United States, European Space Agency, Japan and Russia have observatories similar to ASTROSAT – designed for the study of celestial objects and phenomena – in space.

ASTROSAT has a planned mission life of five years.