In early universe, galaxies were awake or asleep, says study

Astronomers captured light from 40,000 galaxies and discovered that even in the early universe, galaxies were either awake or asleep.

Astronomers have known for several years that galaxies display one of two distinct behaviors: they are either awake or asleep — actively forming stars or not forming any new stars. A new survey of the distant universe shows that even very young galaxies as far away as 12 billion light years are either awake or asleep, meaning that galaxies have behaved this way for more than 85 percent of the history of the universe. Results of the survey appear in a paper published June 20, 2011 in the online edition of The Astrophysical Journal. 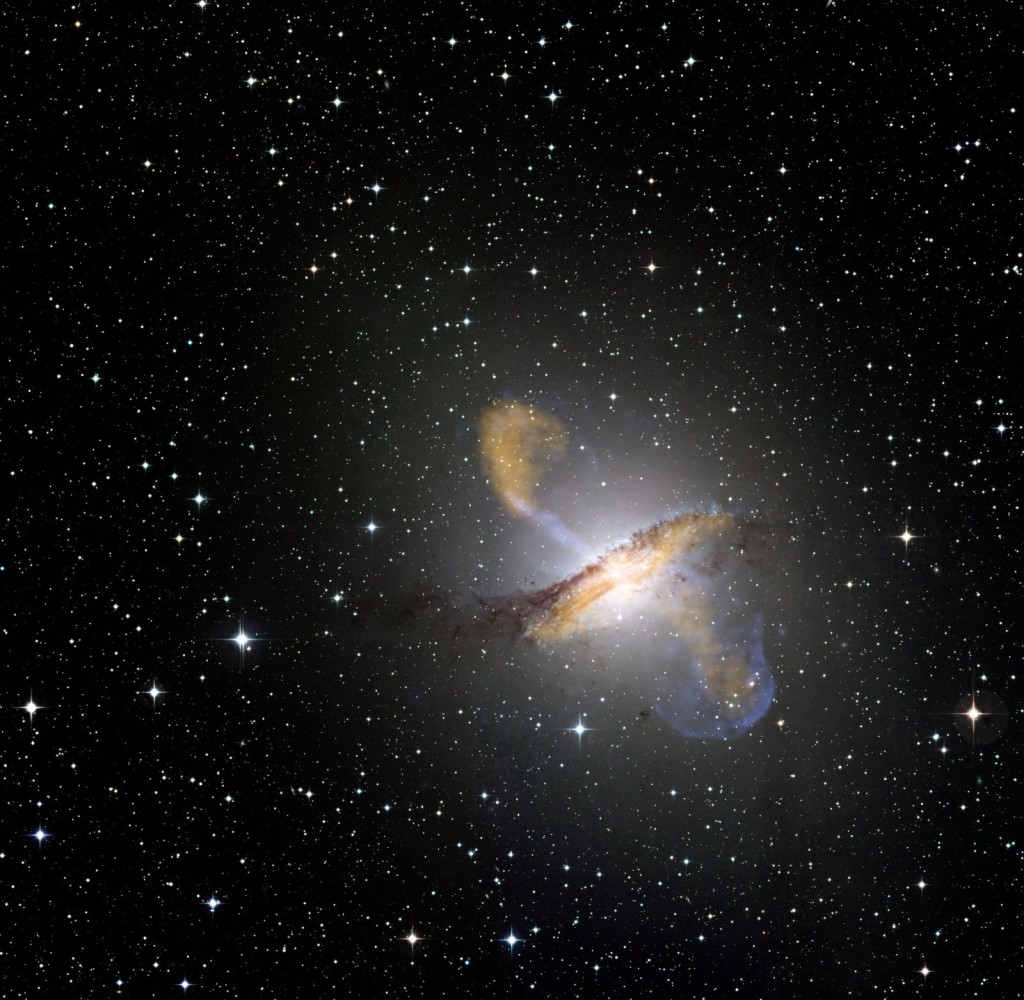 Looking at galaxies farther away is like looking back in time when they were much younger, because of how long it takes the light they emit to reach us here on Earth. Kate Whitaker, a Yale University graduate student and lead author of the paper, said:

The fact that we see such young galaxies in the distant universe that have already shut off is remarkable.

In order to determine whether the galaxies were awake or asleep, Whitaker and her colleagues fabricated a new set of filters (each one sensitive to different wavelengths of light), which they used on a 4-meter Kitt Peak telescope in Arizona. They spent 75 nights peering into the distant universe and collecting light from 40,000 galaxies ranging in distance from the nearby universe out to 12 billion light years away. The resulting survey is the deepest and most complete ever made at those distances and wavelengths of light. 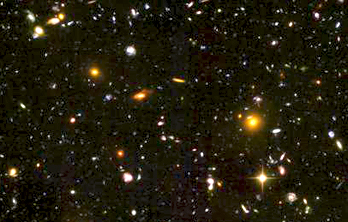 The team deciphered the galaxies’ dual behavior based on the color of the light they emit. The physics of star formation means that active, wakeful galaxies appear bluer, while passive, sleepy galaxies tends toward the redder end of the spectrum.

The researchers learned that there are many more active galaxies than passive ones, which agrees with the current thinking that galaxies start out actively forming stars before eventually shutting down.

Pieter van Dokkum, a Yale astronomer and co-author of the paper, said:

We don’t see many galaxies in the in-between state. This discovery shows how quickly galaxies go from one state to the other, from actively forming stars to shutting off.

Next, we hope to determine whether galaxies go back and forth between waking and sleeping or whether they fall asleep and never wake up again. We’re also interested in how long it takes galaxies to fall asleep, and whether we can catch one in the act of dozing off.

Whether the sleeping galaxies have completely shut down remains an open question, Whitaker said. However, the new study suggests the active galaxies are forming stars at rates about 50 times greater than their sleepy counterparts.

Bottom line: Astronomers Kate Whitaker and Pieter van Dokkum of Yale, and team, used special filters on a telescope to collect light from 40,000 galaxies ranging in distance from the nearby universe out to 12 billion light years away to differentiate actively star-forming galaxies (awake) from non-star-forming galaxies (asleep). Results of their survey appear in the June 20, 2011 online edition of The Astrophysical Journal.