Nearly 100 countries have already signed up to organize national campaigns, to provide the public with an opportunity to vote. The deadline is July 30 to express interest in organizing a national campaign. The IAU will announce results in December. 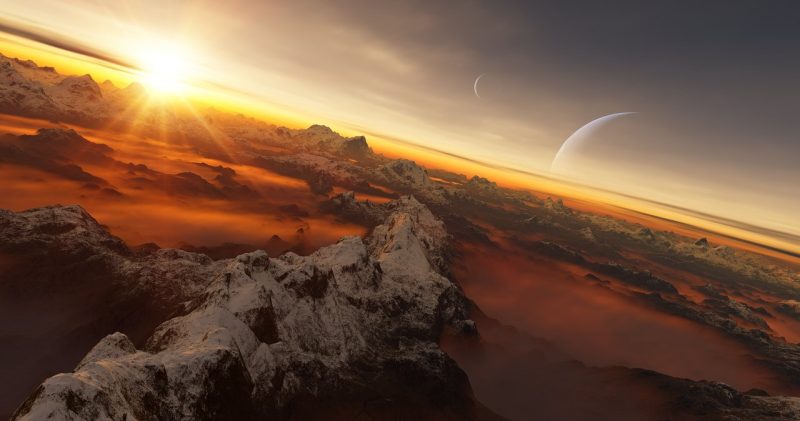 Artist’s concept of a landscape on an exoplanet, or planet orbiting a distant star. There are now more than 4,000 known exoplanets, according to some counts. Image via IAU.

Within the framework of its 100th anniversary commemorations, the International Astronomical Union (IAU) is organizing the IAU100 NameExoWorlds global campaign that allows any country in the world to give a popular name to a selected exoplanet and its host star. Nearly 100 countries have already signed up to organize national campaigns that will provide the public with an opportunity to vote. The aim of this initiative is to create awareness of our place in the universe and to reflect on how the Earth would potentially be perceived by a civilisation on another planet.

In recent years, astronomers have discovered thousands of planets and planetary systems orbiting around nearby stars. Some are small and rocky like the Earth, while others are gas giants like Jupiter. It is now believed that most stars in the universe could have planets orbiting them and that some of them may have physical characteristics that resemble those of the Earth. The sheer number of stars in the universe, each potentially with orbiting planets, along with the ubiquity of prebiotic compounds, suggests that extraterrestrial life may be likely.

The IAU is the authority responsible for assigning official designations and names to celestial bodies [Editor’s Note: The IAU has claimed the right to be the arbiter of planetary and satellite nomenclature since its inception in 1919]. Now, while celebrating its first 100 years of fostering international collaboration (IAU100), it wishes to contribute to the fraternity of all people with a significant token of global identity. Following the first NameExoWorlds campaign, which named 31 exoplanets in 19 planetary systems in 2015, the IAU will now, within the framework of the IAU100 NameExoWorlds project, offer every country the chance to name one planetary system, comprising an exoplanet and its host star. Each nation’s designated star is visible from that country, and sufficiently bright to be observed through small telescopes …

This exciting event invites everyone worldwide to think about their collective place in the universe, while stimulating creativity and global citizenship. The NameExoWorlds initiative reminds us that we are all together under one sky.

After carefully selecting a large sample of well-studied, confirmed exoplanets [*see note below] and their host stars, the IAU100 NameExoWorlds Steering Committee assigned a star-planet system to each country, taking account of the association with the country and the visibility of the host star from most of the country.

In each participating country, a national committee has been specially created by the National Outreach Coordinators (IAU NOCs) to carry out the campaign at the national level. The national committee, following the methodology and guidelines set up by the IAU100 NameExoWorlds Steering Committee, is the body responsible for providing the conditions for public participation, disseminating the project in the country and establishing a voting system.

The national campaigns will be carried out from June to November 2019 and, after final validation by the IAU100 NameExoWorlds Steering Committee, the global results will be announced in December 2019. The winning names will be used freely in parallel with the existing scientific nomenclature, with due credit to the persons that proposed them.

*Note: The NameExoWorlds campaign has selected planetary systems for naming composed of planets orbiting stars that could be observed with a small telescope from the latitude of the capital of each country. The system often has a link with the assigned country, such as the facilities used to discover the planet, or the scientists involved in the discovery of the planet. The existence of the planet is generally more secure for systems which were discovered earlier, as they have had more years of research to survive further scrutiny. For this reason, the sample is focused on exoplanets revealed during the first two decades of exoplanet exploration, with most discovery dates before 2012. The visual brightnesses range between 6th and 12th magnitude. The planets were all discovered via either the Doppler spectroscopy (radial velocity) method or transit method, and all were discovered using ground-based telescopes. The planets are all likely to be gas giants similar to Jupiter and Saturn, with estimated masses between 10 percent and 500 percent that of Jupiter. All these systems are composed of single stars with only one known planet orbiting around them. It is possible that the stars have additional planetary and stellar companions which may be discovered in the future. This is so that each country has an equal opportunity of naming similar celestial bodies. 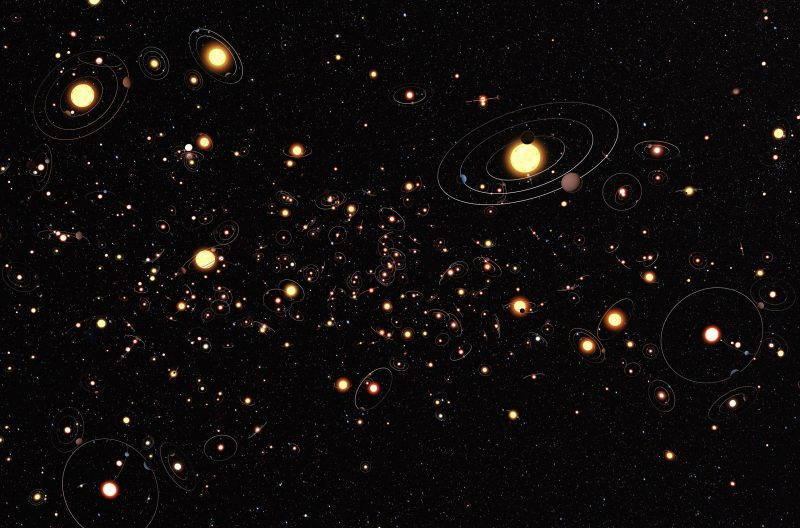 View larger. | Artist’s concept depicting how common planets are around stars in our Milky Way galaxy. The planets, their orbits and their host stars are all vastly magnified compared to their real separations. Planets around stars are likely the rule rather than the exception. The average number of planets per star is greater than one. Image via ESO/M. Kornmesser.

Bottom line: The International Astronomical Union (IAU) is organizing the IAU100 NameExoWorlds global campaign that allows any country in the world to give a popular name to a selected exoplanet and its host star.