The I Heart Pluto Festival 2021 is a free event running from February 13 – 18 hosted by Lowell Observatory. Join in with nightly virtual events! 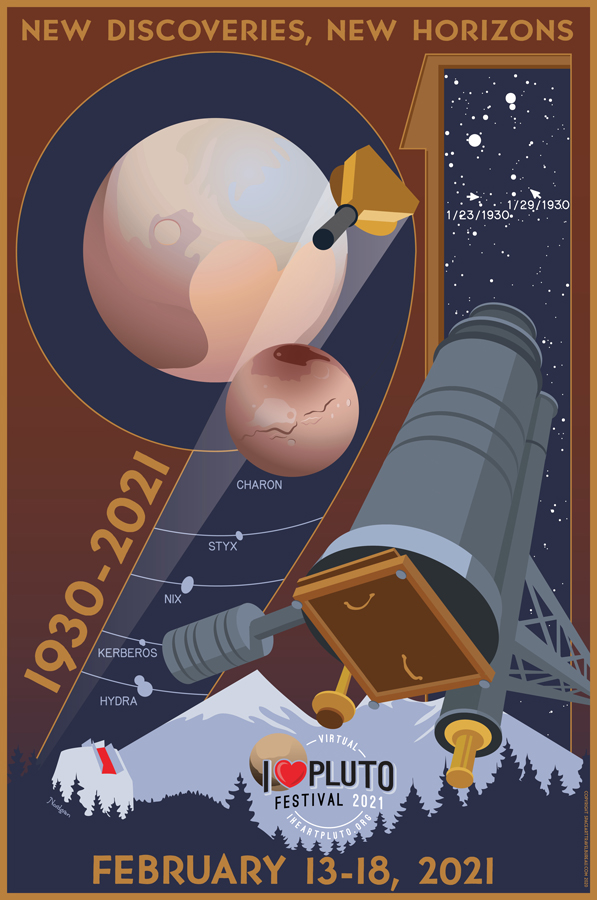 To celebrate the 91st anniversary of Clyde Tombaugh’s discovery of Pluto on February 18. 1930, Arizona’s Lowell Observatory is holding a week-long I Heart Pluto festival from February 13 to 18. Anyone can join in the free virtual events, held every evening of the festival. Most events are expected to last about one hour.

Lowell Observatory bills itself as the the “Home of Pluto.” Percival Lowell, a wealthy American businessman with a passion for astronomy, postulated the existence of a “trans-Neptunian object” and searched for it until his death in 1916. His estate, managed by Lowell’s brother, Harvard University president A. Lawrence Lovell, donated money for a new telescope that still stands at the current Lowell Observatory. Using this telescope, Clyde Tombaugh continued Lowell’s search. On February 18, 1930, he detected movements on photographic plates taken in late January. The discovery was announced on March 13, 1930, on what would have been Lowell’s 75th birthday. 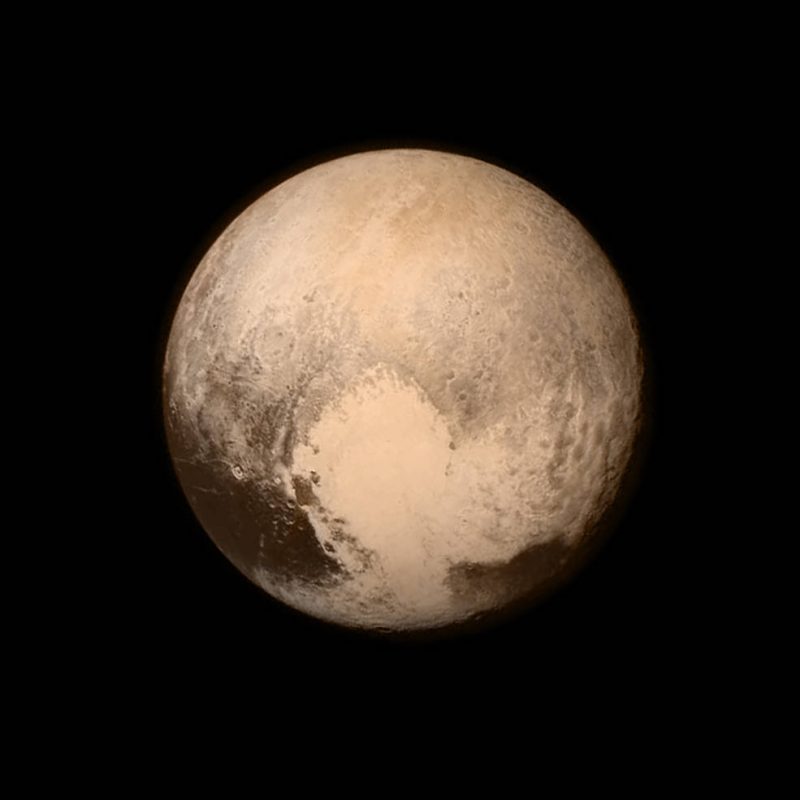 Does Pluto love us back? It almost seems to, with this giant heart on the surface! This image was taken by the New Horizons mission on July 13, 2015. Here are 10 cool things about Pluto you might not know. Image via NASA/ APL/ SwRI.

Here’s the schedule of events for the festival:

Saturday, February 13: Why Pluto Is a Planet: The Embarrassment of The IAU, and Why They Had It Coming by keynote speaker Alan Stern will start at 6 pm MST.

Sunday, February 14: Kids Can Explore Planets, Too! This talk geared toward children and hosted by Jeff Gonyea starts at 7 pm MST. Link is still to be announced.

Monday, February 15: Inspiration of the Cosmos will be presented by retired NASA astronauts at 5 pm MST.

Tuesday, February 16: Pluto After New Horizons will be a discussion led by Will Grundy, co-investigator on the New Horizons mission to Pluto. His talk will begin at 6 pm MST. 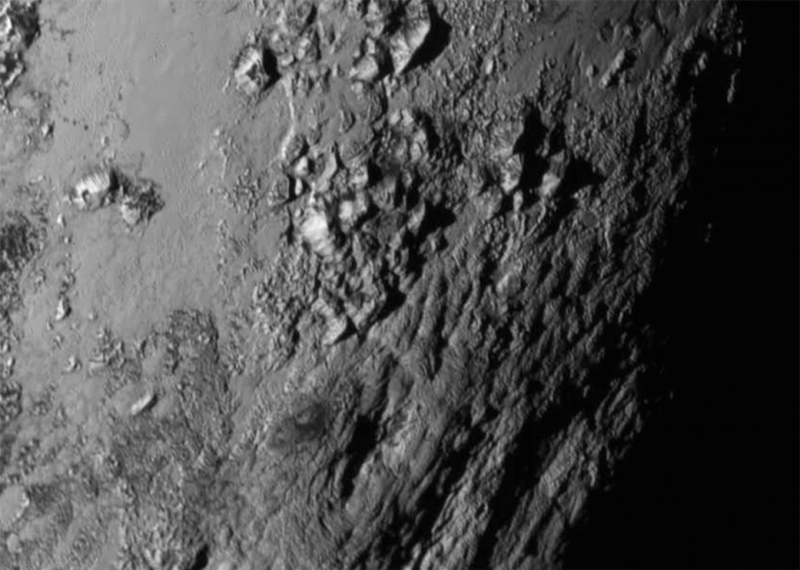 Wednesday, February 17: When the Moon Hits Your Eye will be a tour of the U.S. Naval Observatory Flagstaff Station, where Jim Christy discovered Pluto’s moon Charon. Jim and Charlene Christy will present this tour at 6 pm MST.

Wednesday, February 17: Imagining Pluto: The Artist’s Journey to Envision Pluto Through the Ages will be led by IAAA artists Dan Durda, Marilynn Flynn, and Ron Miller at 7 pm MST.

Thursday, February 18: Family Night at Pluto is a presentation the whole family can enjoy, including the story of Venetia Burney, the 11-year old who named Pluto. This shorter event is at 5:30 pm MST.

Thursday, February 18: We Heart Pluto is the culminating event of the festivities. Enjoy an open discussion of why Pluto is so beloved by Earthlings. The talk will start at 7 pm MST.