The arcs you see at the center of this Hubble Space Telescope image are created by the light of distant galaxies, distorted to form what’s called an “Einstein ring.” 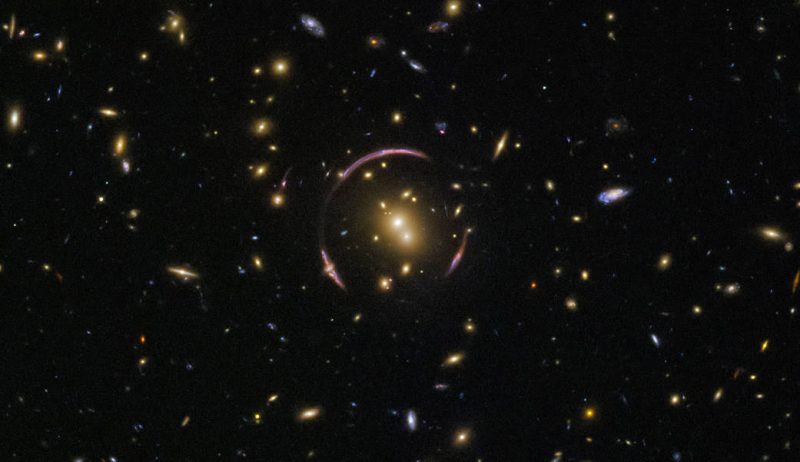 This image is packed full of galaxies! A keen eye can spot exquisite elliptical galaxies and spectacular spirals, seen at various orientations: edge-on with the plane of the galaxy visible, face-on to show off magnificent spiral arms, and everything in between.

With the charming name of SDSS J0146-0929, this is a galaxy cluster — a monstrous collection of hundreds of galaxies all shackled together in the unyielding grip of gravity. The mass of this galaxy cluster is large enough to severely distort the space-time around it, creating the odd, looping curves that almost encircle the center of the cluster.

These graceful arcs are examples of a cosmic phenomenon known as an Einstein ring. The ring is created as the light from distant objects, like galaxies, passes by an extremely large mass, like this galaxy cluster. In this image, the light from a background galaxy is diverted and distorted around the massive intervening cluster and forced to travel along many different light paths toward Earth, making it seem as though the galaxy is in several places at once.