How well can seeds survive in space?

If humans want to live on Mars, we’re going to need to grow food. How well can seeds survive harsh, non-Earth conditions? 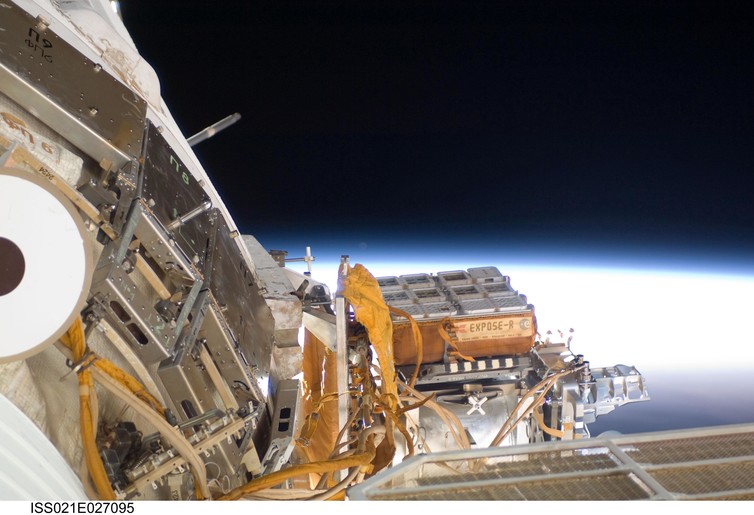 Spend many months attached to the ISS and see how well you grow. Image via NASA.

Will we someday colonize space? Will our children visit other planets? To achieve goals like these, we’ll need to crack one crucial challenge: how to feed ourselves for long periods away from Earth.

A trip to Mars would take months, and exploring the depths of the galaxy would take even longer. Provision of nutritious food for travelers is a significant obstacle. While stockpiling food is an option, storing enough to last many months strains weight and space limitations in spacecraft – and missions could easily outlast food shelf life. Growing food in space will be essential.

Essential – and not necessarily easy. The conditions in the vacuum of space are quite harsh compared to Earth. Seeds in space must be able to withstand large doses of ultraviolet and cosmic radiation, low pressure and microgravity.

Believe it or not, the first space travelers were seeds. In 1946, NASA launched a V-2 rocket carrying maize seeds to observe how they’d be affected by radiation. Since then, the scientific community has learned a great deal about the effects of the space environment on seed germination, metabolism, genetics, biochemistry and even seed production.

Astrobiologists David Tepfer and Sydney Leach recently investigated how seeds would do back on Earth after spending extended periods on the International Space Station. The experiments they conducted on the EXPOSE missions were much longer than many other ISS seed experiments, and placed the seeds on the outside of the station, in the dead of space, rather than inside. The goal was to understand not only the effects of long-term radiation exposure, but a bit about the molecular mechanisms of those effects.

Seeds have some defenses

Seeds possess a couple of remarkable traits that Tepfer and Leach hypothesized would give these “model space travelers” a fighting chance. 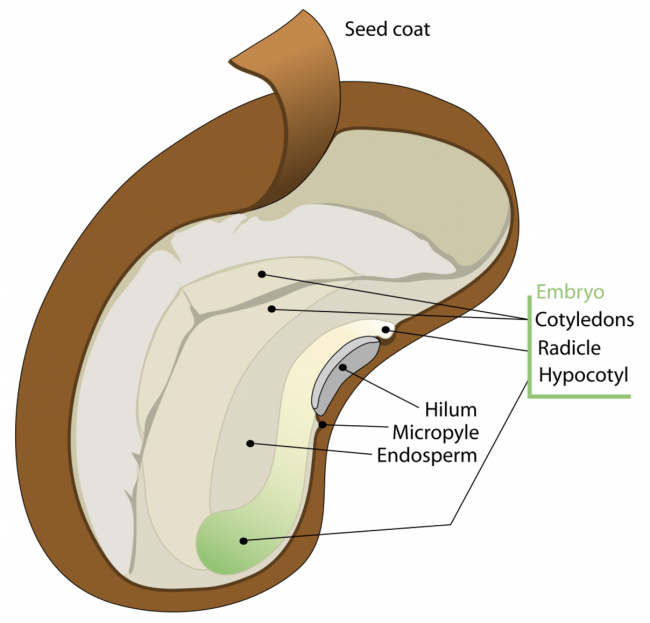 First, they contain multiple copies of important genes – what scientists call redundancy. Genetic redundancy is common in flowering plants, especially food products such as seedless watermelon and strawberries. If one genetic copy is damaged, there’s still another available to do the job.

Secondly, seed coats contain chemicals called flavonoids that act as sunscreens, protecting the seed’s DNA from damage by ultraviolet (UV) light. On Earth, our planet’s atmosphere filters out some harmful UV light before it can reach us. But in space, there is no protective atmosphere.

Would these special features be enough to let the seeds survive or even thrive? To find out, Tepfer and Leach conducted a series of experiments – both outside the International Space Station and back on Earth – with tobacco, Arabidopsis (a flowering plant commonly used in research) and morning glory seeds. 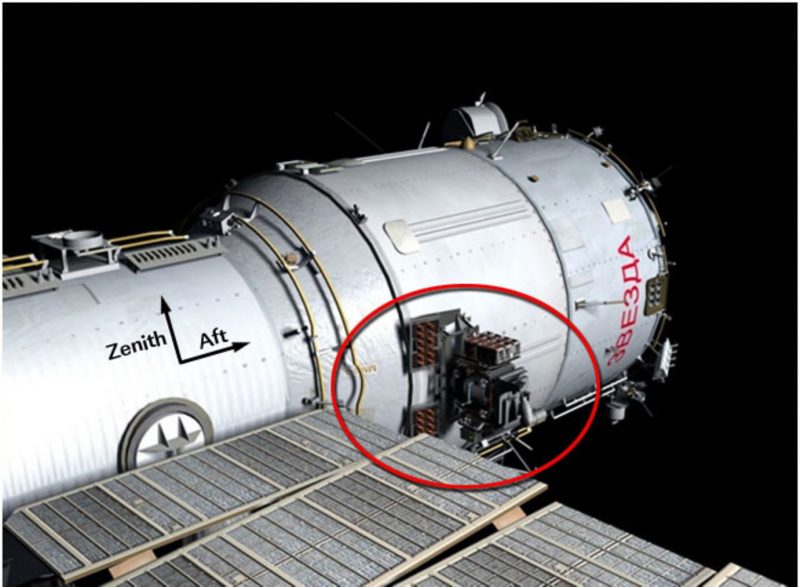 The EXPOSE-R experiment attached to the exterior of the International Space Station. Image via NASA.

Their EXPOSE-E experiment flew to the International Space Station (ISS) in 2008 and lasted 558 days – so just under two years.

They stored the seeds in a single layer on the outside of the ISS behind a special kind of glass that let in ultraviolet radiation only at wavelengths between 110 and 400 nanometers. DNA readily absorbs UV radiation in this wavelength range. A second, identical set of seeds was on the ISS, but shielded completely from UV radiation. The purpose of this experimental design was to observe the effects of UV radiation separately from other types of radiation like cosmic rays that are everywhere in space.

Tepfer and Leach chose tobacco and Arabidopsis seeds for EXPOSE-E because both have a redundant genome and therefore good odds for survival. They also included a genetically engineered variety of tobacco with an antibiotic resistance gene added; the plan was to later test this gene in bacteria and determine if there was any damage. In addition to normal Arapidopsis, they sent up two genetically modified strains of the plant that contained low and absent UV-protective chemicals in their seed coat. They also sent purified DNA and purified flavonoids. This gave the researchers a wide range of scenarios by which to understand the effects of space on the seeds.

A second ISS mission called EXPOSE-R included only the three types of Arabidopsis seeds. These received a little over double the dose of ultraviolet light because of the longer experiment time, 682 days. Lastly, researchers performed a ground experiment back in the lab that exposed Arabidopsis, tobacco and morning glory seeds to very high doses of UV light for only a month.

After all these various exposure conditions, it was time to see how well the seeds could grow. 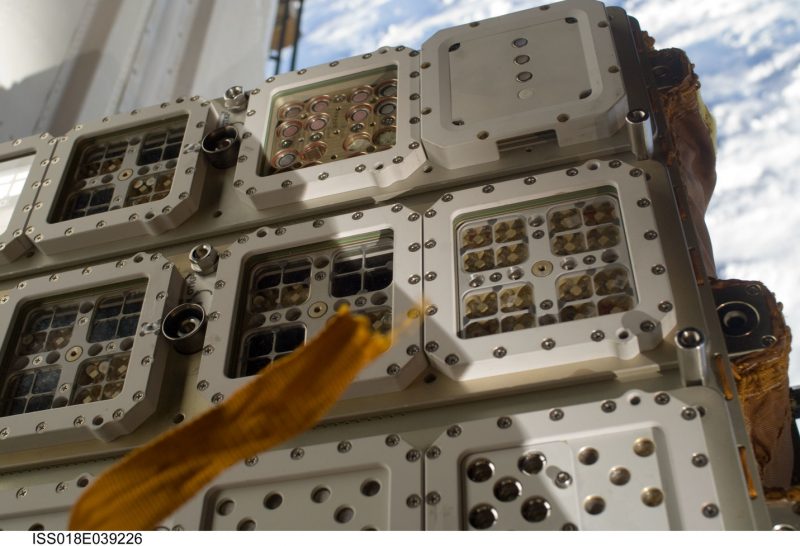 The Expose-R experiment was equipped with three trays containing a variety of biological samples – including seeds. Image via NASA.

What would researchers reap?

When the seeds returned to Earth, the researchers measured their germination rates – that is, how quickly the root emerged from the seed coat.

For the space-traveling seeds, more than 60 percent of the shielded seeds germinated. A mere 3 percent of space UV-exposed seeds did.

The 11 Arabidopsis plants that did grow from both the wild type and genetically engineered seeds did not survive once planted in soil. Tobacco plants, however, showed reduced growth but that growth rate recovered in subsequent generations. Tobacco has a much heartier seed coat and a more redundant genome, which may explain its apparent survival advantage.

When the researchers plugged the antibiotic resistance gene into bacteria, they found it was still functional after its trip to space. That finding suggests it’s not genetic damage that’s making these seeds less viable. Tepfer and Leach attributed the reduced germination rate to damage to other molecules in the seed besides DNA – such as proteins. A redundant genome or built-in DNA repair mechanisms weren’t going to overcome that damage, further explaining why the Arabidopsis plants didn’t survive transplanting.

In the ground experiments, the researchers found that radiation damage is dose-dependent – the more radiation the seeds received, the worse their germination rate.

These discoveries could inform future directions for research in space agriculture. Scientists may consider genetically engineering seeds to have added protection for the cellular machinery critical for protein synthesis, such as ribosomes. Future research will also need to explore further how seeds stored in space germinate in microgravity, rather than on Earth.

As researchers add to the knowledge of how space affects plants and their seeds, we can continue to make the strides necessary toward producing food in space. It will be a crucial step toward sustainable colonies that can survive beyond the comfortable confines of Earth’s biosphere.