How close to sending people to Mars?

There’s now a target date of 2030 for a manned mission to Mars. But how close are we, really, to becoming Martians? 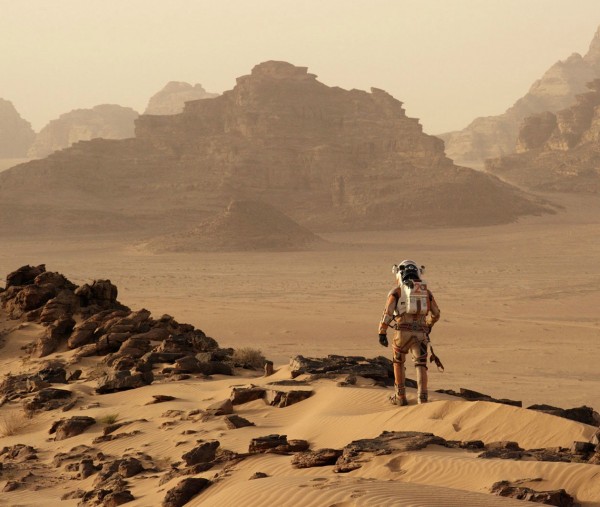 Like any long-distance relationship, our love affair with Mars has had its ups and downs. The planet’s red tint made it a distinctive – but ominous – nighttime presence to the ancients, who gazed at it with the naked eye. Later we got closer views through telescopes, but the planet still remained a mystery, ripe for speculation.

A century ago, the American astronomer Percival Lowell mistakenly interpreted Martian surface features as canals that intelligent beings had built to distribute water across a dry world. This was just one example in a long history of imagining life on Mars, from H G Wells portraying Martians as bloodthirsty invaders of Earth, to Edgar Rice Burroughs, Kim Stanley Robinson and others wondering how we could visit Mars and meet the Martians. 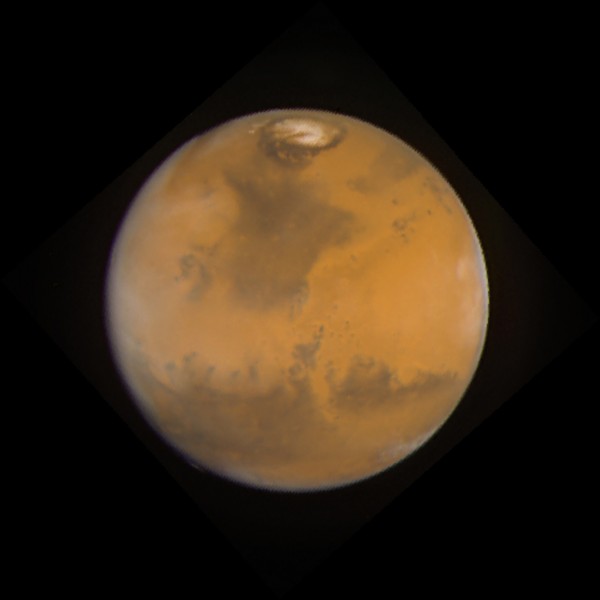 The latest entry in this long tradition is the sci-fi flick The Martian, to be released on October 2. Directed by Ridley Scott and based on Andy Weir’s self-published novel, it tells the story of an astronaut (played by Matt Damon) stranded on Mars. Both book and movie try to be as true to the science as possible – and, in fact, the science and the fiction around missions to Mars are rapidly converging.

NASA’s Curiosity rover and other instruments have shown that Mars once had oceans of liquid water, a tantalizing hint that life was once present.

And now NASA has just reported the electrifying news that liquid water is flowing on Mars today.

This discovery increases the odds that there is currently life on Mars – picture microbes, not little green men – while heightening interest in NASA’s proposal to send astronauts there by the 2030s as the next great exploration of space and alien life.

So how close are we to actually sending people to Mars and having them survive on an inhospitable planet?

First we have to get there

Making it to Mars won’t be easy. It’s the next planet out from the sun, but a daunting 140 million miles away from us, on average – far beyond the Earth’s moon, which, at nearly 250,000 miles away, is the only other celestial body human beings have set foot on.

Nevertheless, NASA and several private ventures believe that by further developing existing propulsion methods, they can send a manned spacecraft to Mars. 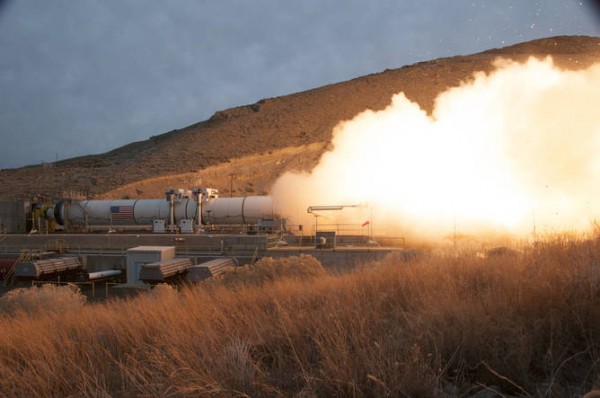 It’s going to take the largest, most powerful rocket booster ever built to make it all the way to Mars. Tests are already under way. Photo credit:Orbital ATK

One NASA scenario would, over several years, pre-position supplies on the Martian moon Phobos, shipped there by unmanned spacecraft; land four astronauts on Phobos after an eight-month trip from Earth; and ferry them and their supplies down to Mars for a 10-month stay, before returning the astronauts to Earth.

We know less, though, about how a long voyage inside a cramped metal box would affect crew health and morale. Extended time in space under essentially zero gravity has adverse effects, including loss of bone density and muscle strength, which astronauts experienced after months aboard the International Space Station (ISS).

There are psychological factors, too. ISS astronauts in Earth orbit can see and communicate with their home planet, and could reach it in an escape craft, if necessary.

For the isolated Mars team, home would be a distant dot in the sky; contact would be made difficult by the long time lag for radio signals. Even at the closest approach of Mars to the Earth, 36 million miles, nearly seven minutes would go by before anything said over a radio link could receive a response.

To cope with all this, the crew would have to be carefully screened and trained. NASA is now simulating the psychological and physiological effects of such a journey in an experiment that is isolating six people for a year within a small structure in Hawaii.

Surviving in an inhospitable Martian landscape

These concerns would continue during the astronauts’ stay on Mars, which is a harsh world. With temperatures that average -80 Fahrenheit (-62 Celsius) and can drop to -100F (-73C) at night, it is cold beyond anything we encounter on Earth; its thin atmosphere, mostly carbon dioxide (CO?), is unbreathable and supports huge dust storms; it is subject to ultraviolet radiation from the sun that may be harmful; and its size and mass give it a gravitational pull that is only 38% of the Earth’s – which astronauts exploring the surface in heavy protective suits would welcome, but could also further exacerbate bone and muscle problems. 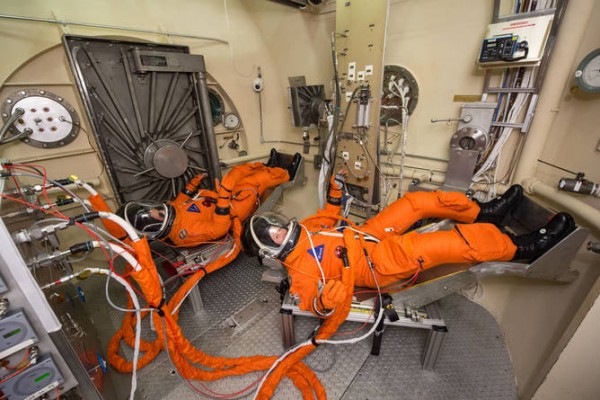 Engineers and technicians are already testing the spacesuit astronauts will wear in the Orion spacecraft on trips to deep space, including Mars. Photo credit: NASA/Bill Stafford

As the astronauts establish their base, NASA is planning to use Mars’ own resources to overcome some of these obstacles.

Fortunately, water and oxygen should be available. NASA had planned to try a form of mining to retrieve water existing just below the Martian surface, but the new finding of surface water may provide an easier solution for the astronauts. Mars also has considerable oxygen bound up in its atmospheric CO?. In the MOXIE process (Mars Oxygen In situ resource utilization Experiment), electricity breaks up CO? molecules into carbon monoxide and breathable oxygen. NASA proposes to test this oxygen factory aboard a new Mars rover in 2020 and then scale it up for the manned mission.

There is also potential to produce the compound methane from Martian sources as rocket fuel for the return to Earth. The astronauts should be able to grow food, too, using techniques that recently allowed the ISS astronauts to taste the first lettuce grown in space.

Without utilizing some of Mars’ raw materials, NASA would have to ship every scrap of what the astronauts would need: equipment, their habitation, food, water, oxygen and rocket fuel for the return trip. Every extra pound that has to be hauled up from Earth makes the project that much more difficult. “Living off the land” on Mars, though it might affect the local environment, would hugely improve the odds for success of the initial mission – and for eventual settlements there.

NASA will continue to learn about Mars and hone its planning over the next 15 years. Of course, there are formidable difficulties ahead; but it’s key that the effort does not require any major scientific breakthroughs, which, by their nature, are unpredictable. Instead, all the necessary elements depend on known science being applied via enhanced technology.

Yes, we’re closer to Mars than many may think. And a successful manned mission could be the signature human achievement of our century.