One robot spacecraft spies another

See the Mars rover Curiosity, nestled on Mars’ surface? The sharp-eyed HiRISE camera aboard the Mars Reconnaissance Orbiter caught the view from space. 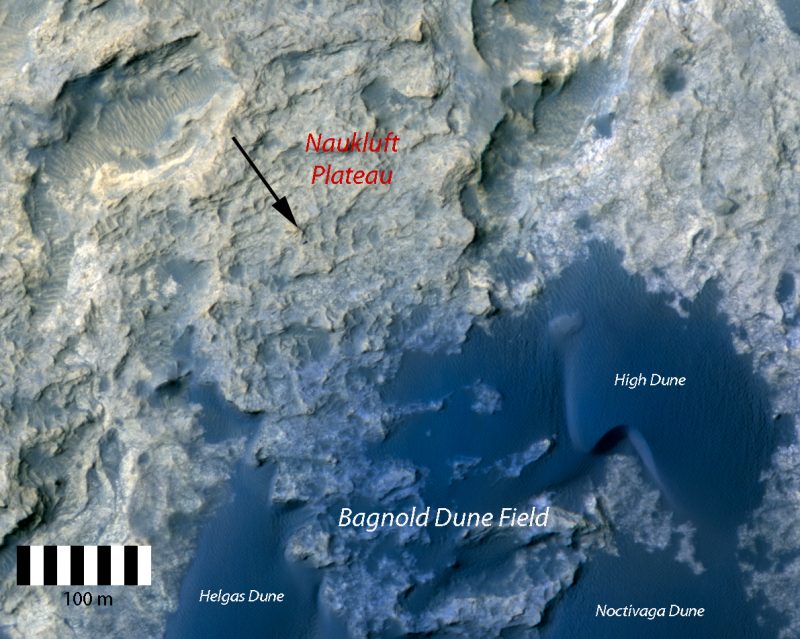 The Curiosity rover is currently located on the Naukluft Plateau of Mars, just north of the Bagnold dune field. Image via University of Arizona.

The HiRISE camera aboard NASA’s Mars reconnaissance Orbiter has acquired many amazing images of the surface of Mars, looking down from high above, but this one is particularly fun. The image – acquired on March 25 but described by the HiRISE team on June 22, 2016 – shows a second Mars spacecraft, not an orbiter this time, but a rover crawling along the Martian surface. It’s the Mars Curiosity rover. The camera team said:

HiRISE periodically acquires images of the two working rovers on Mars, Opportunity (Mars Exploration Rover) and Curiosity (Mars Science Laboratory). Although earlier pictures are generally sufficient for mapping the terrain and topography, new images allow scientists and engineers to study rover tracks and their covering with dust over time.

The ability to keep track of the rovers’ progress and seeing their current location on Mars in the HiRISE images is of great interest to the public. In the case of Curiosity, new images allow the tracking of active sand dunes currently in the vicinity of the rover.

Can’t see the rover in the image above? It’s clearer in this image, which is a close-up of the same view: 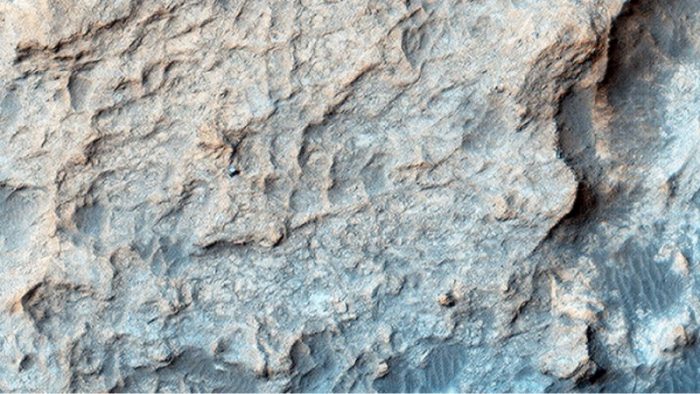 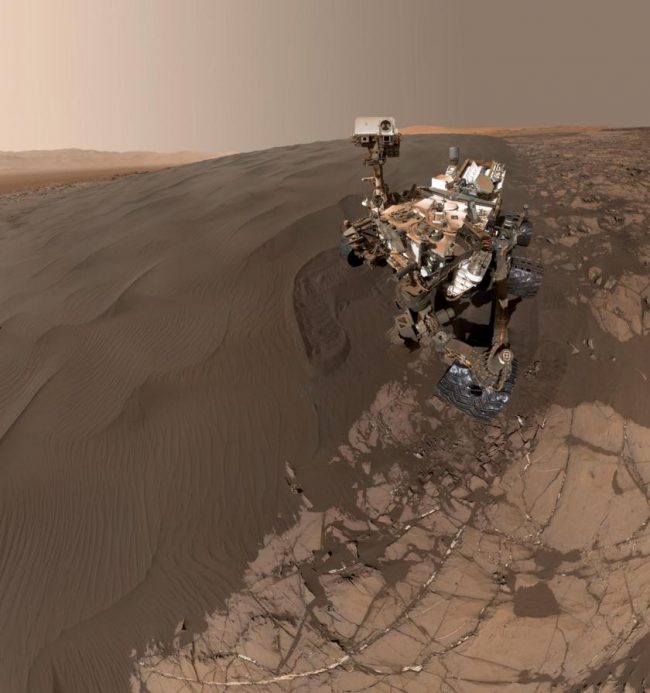 Curiosity took the 57 photos used to assemble this self-portrait on Sol 1228 – the rover’s 1,228th day on Mars – January 19, 2016. The rover was at Namib dune – part of the Bagnold dune field – where its activities included scuffing into the dune with a wheel, scooping samples of sand for laboratory analysis, and dumping sieved sampled sand on the ground. Image via NASA / JPL / MSSS/ Emily Lakdawalla.

And, by the way, check out the images below, a compilation of Curiosity self-portraits, and notice how dusty the rover is getting. The great space writer Emily Lakdawalla wrote at her blog at the Planetary Society that the image above is:

… the sixth such self-portrait for Curiosity … Thomas Appéré put together this comparison of the six [below], which allows a study of how the distribution of dust on the surface of the rover has changed over time. The relative cleanliness of the rover’s power supply through all of these dusty sols is striking! 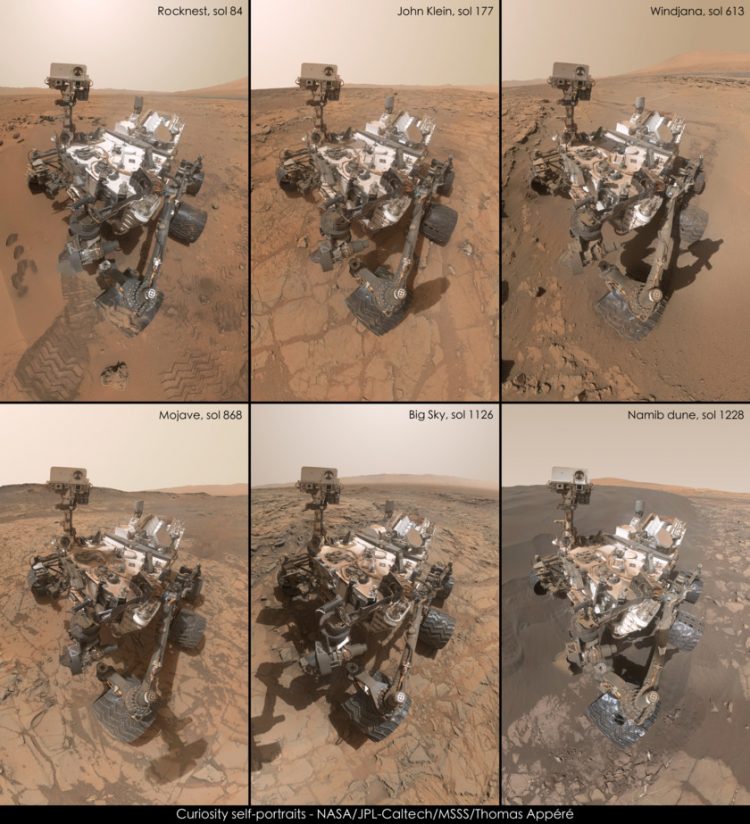 Bottom line: Image of the Curiosity rover on Mars from the HiRISE camera aboard the Mars Reconnaissance Orbiter. Also, self-portraits of the rover on Mars’ surface!