Overtaking the king of planets

This is what the opposition of Jupiter means. 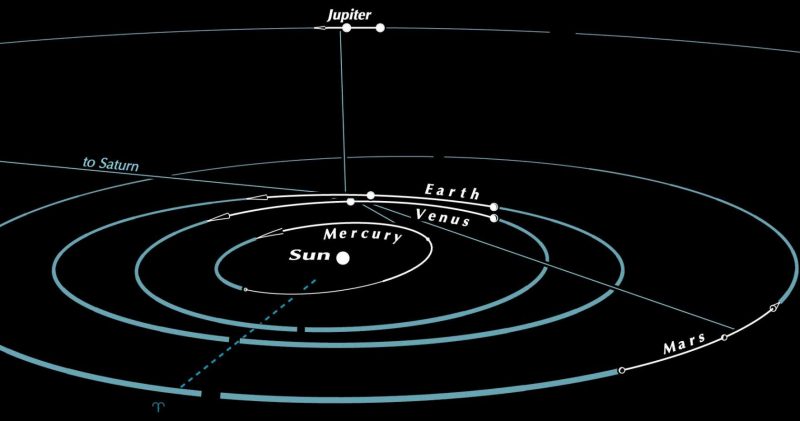 View larger. | Why this is a special time to see Jupiter. On April 7, 2017, Earth goes between Jupiter and the sun. Heliocentric perspective chart via Guy Ottewell’s blog, Universal Workshop. Used with permission.

Planets’ space paths in March and April, with sightlines from Earth at April 7. The view is from 15° north of the ecliptic plane. The dashed line is the vernal equinox direction. The planets are exaggerated 300 times in size; Jupiter, 50 times; the sun, 5.

Earth overtakes Jupiter on the inside, so that Jupiter is directly outward from – opposite to – the sun. Around this time, Earth itself is being overtaken on the inside by Venus (the moment of this “inferior conjunction” was March 25) and Mercury (the moment will be April 20).

The more exact moment when Jupiter is at opposition is April 7, 21h Universal Time, which is 4 p.m. by Central U.S. summertime clocks. So the nearest you can get to it is the evening that follows.

Far out beyond Jupiter shine the stars of Virgo. 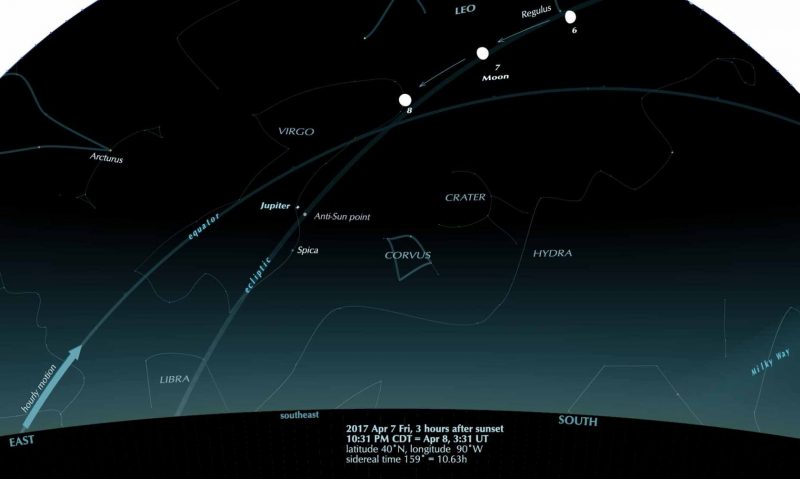 Bottom line: Astronomer Guy Ottewell provides one of his famous heliocentric perspective charts showing why April 7, 2017 – and the months before and after it – are a special time to see Jupiter.