Hayabusa 2 on target for asteroid

JAXA has confirmed that its Hayabusa 2 craft is on target to reach asteroid Ryugu, after a December 3 Earth swing-by. “See you later, people on Earth!” 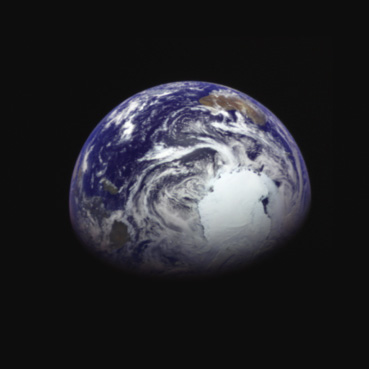 Hayabusa 2 acquired this lovely image of Earth on December 4, 2015 (Japan Standard Time), just after the swing-by. You can see the Australian continent on the upper right, and Antarctica on the lower right. Image via JAXA.

The Japanese Space Agency (JAXA) has now confirmed the success of its December 3, 2015 swing-by of Earth by the Hayabusa 2 spacecraft. Sweeping only about 1,864 miles (3,000 km) above Hawaii on that day, the craft gained the correct amount of momentum, and is now on just the right course, to reach a Near-Earth Object – called 162173 Ryugu – which it expects to reach in July 2018. The plan is that Hayabusa 2 will survey the asteroid for 18 months, depart in December, 2019, and return to Earth with an asteroid sample in December, 2020.

Its cruising speed is currently about 20 miles per second (32.31 km per second), but the craft is now increasing its speed under the influence of the sun’s gravity after the swing-by. It’ll need this additional speed to catch up to the asteroid.

JAXA said in a December 14 statement:

… the asteroid explorer Hayabusa2 is cruising on its target orbit, after measuring and calculating the post-Earth-swing-by orbit.

… With the swing-by, the explorer’s … speed increased by about 1.6 km per second to about 31.9 km per second (against the sun) thus the orbit achieved the target numbers.

According to the operation supported by the NASA Deep Space Network stations and European Space Agency deep space ground station, the Hayabusa2 is in good health. 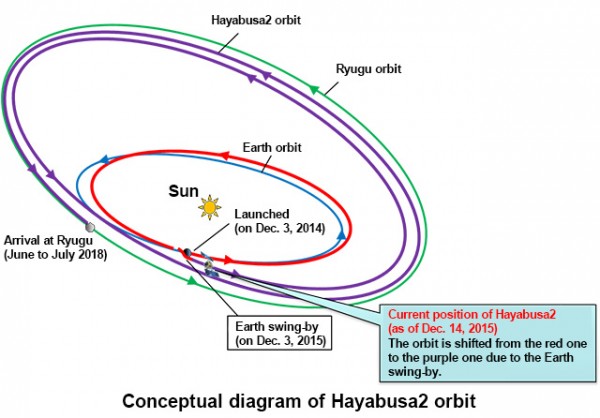 I would like to express my deep gratitude to all pertinent parties and people and those who are supporting our operation. All the Hayabusa2 project team members have been working together and will continue our challenging voyage. The Hayabusa2 gained orbit energy through the swing-by to leave the Earth. The target is the asteroid Ryugu.

‘See you later, people on Earth!’ 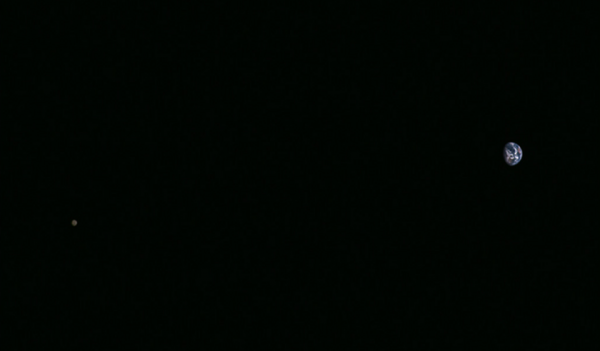