Scientists have discovered a Great Valley on Mercury, hundreds of miles long and sunken by as much as 2 miles (3 km) below the surrounding terrain.

The amazing MESSENGER mission to Mercury – in which a robotic spacecraft orbited the planet between 2011 and 2015 – vastly increased what we know about our sun’s innermost world. Even now, new revelations about Mercury continue to emerge from MESSENGER data. Scientists announced on November 16, 2016 that they’ve discovered a new large valley on Mercury. They say it may be the first evidence of buckling of Mercury’s outer shell in response to a global contraction that occurred billions of years ago.

The newly located Great Valley is about 250 miles (400 km) wide and more than 600 miles (1,000 km) long. This ancient valley extends into the Rembrandt basin, one of the largest and youngest impact craters on Mercury. Scientists caught glimpses of the valley early in MESSENGER’s mission. What they didn’t know until now is that the floor of this feature is sunken by as much as 2 miles (3 km) below the surrounding terrain.

The animation at top gives you a 3D perspective view of Mercury’s Great Valley. It begins with the valley as seen in a high incidence angle image mosaic from the MESSENGER spacecraft, extending from the Rembrandt basin (upper right) for over 600 miles (1,000 km) at the lower left.

The animation’s mosaic then transforms into a colorized digital elevation model created from high-resolution stereo images of the region, collected by MESSENGER. Animation via NASA/Johns Hopkins University Applied Physics Laboratory/Carnegie Institution of Washington/DLR. 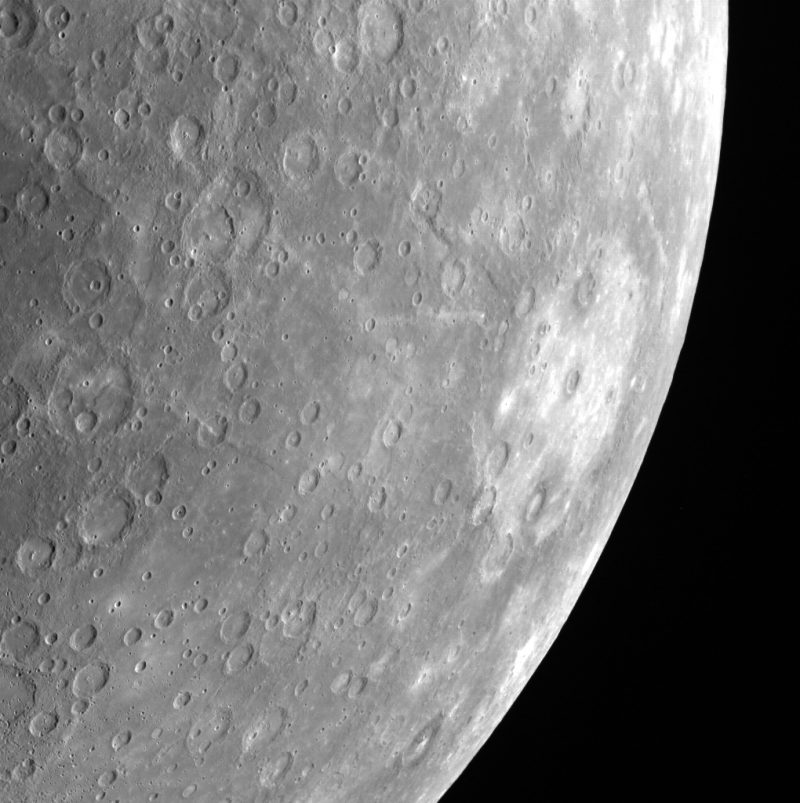 Rembrandt basin can be easily spotted on the right side of this image of Mercury. The newly discovered Great Valley extends into this basin. Image via MESSENGER/ NASA/ Johns Hopkins University Applied Physics Laboratory/ Carnegie Institution of Washington.

Thomas R. Watters is a senior scientist at the Center for Earth and Planetary Studies at the Smithsonian’s National Air and Space Museum in Washington, D.C. and lead author of the new study. He told EarthSky in an email:

We first imaged this region of Mercury during MESSENGER’s second flyby [in 2008]. In those flyby images and images obtained during the orbital phase of the mission we discovered one of the youngest and largest impact basins on Mercury, now named the Rembrandt basin.

We also found a major fault that cut across Rembrandt’s rim and offset the basin floor. This giant fault scarp, a cliff-like landform now named Enterprise Rupes, turned out to be the largest fault scarp on Mercury.

What we didn’t have until now was the added dimension of topography. Because of MESSENGER’s very elliptical orbit, the laser altimeter could only returned data in the northern hemisphere, where the spacecraft altitude was the lowest. To measure the topography in the southern hemisphere, stereo images of the surface were collected.

It’s from these high resolution stereo images that a digital elevation model was generated revealing that the Rembrandt basin and Enterprise Rupes were part of a large, tectonically formed valley.

Earth’s lithosphere – its outer crust and mantle – is broken up into many tectonic plates. But Mercury’s lithosphere consists of just one plate.

The findings were reported in a new study published in Geophysical Research Letters, a journal of the American Geophysical Union. 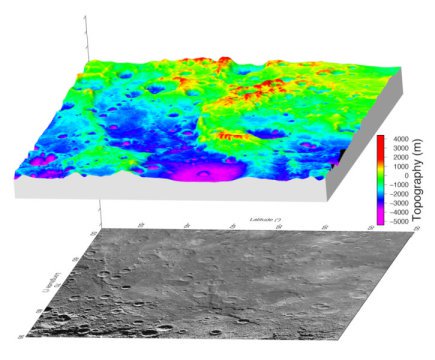 Bottom line: Scientists have discovered a Great Valley on Mercury, hundreds of miles long and sunken by as much as 2 miles (3 km) below the surrounding terrain.