GoPros go to edge of space

Photog Adventures sent its GoPros to space, captured some stunning views, and then lost the cameras for 15 days. Follow the adventure in this video.

The 6-minute video above chronicles a high-altitude balloon trip with GoPros to the edge of space. Aaron King of Photog Adventures wrote:

My buddy Brendon Porter and I started Photog Adventures to chronicle our outings here in Utah with our cameras. Focusing mostly on astrophotography this year, we had zero hesitation when we were offered contact info for one of the owners of ExtremeSpaceAdventures.com.

Turns out ExtremeSpaceAdventures.com was also interested, and Photog Adventures was able to send its GoPro cameras to space with the help of the guys behind this group of high-altitude balloonists. ExtremeSpaceAdventures.com, by the way, is currently working towards setting a new world record for highest altitude ever scaled by a unmanned gas balloon and describes itself as “a consortium of like minded individuals who think everything is possible.” 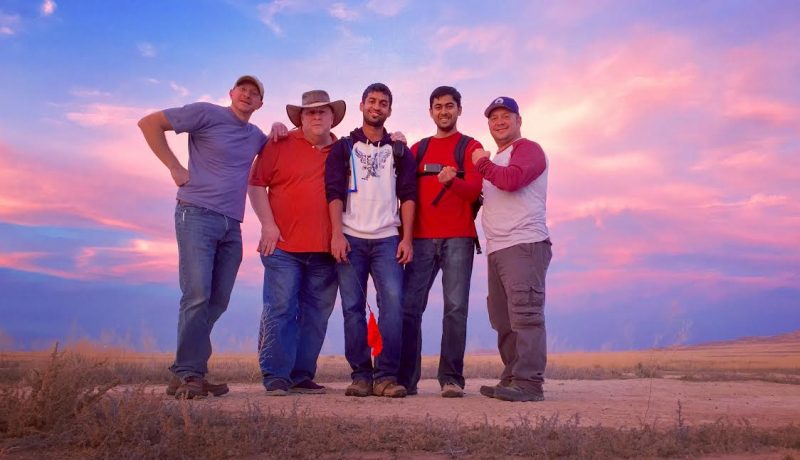 The joint goal of Photog and ExtremeSpace was to launch a balloon with GoPros from Nevada to Earth’s stratosphere, which is the layer of atmosphere about the troposphere (in which we live and where all weather takes place). The stratosphere starts about 4 to 12 miles (6 to 20 km) above the Earth’s surface. The team hoped to capture beautiful images from the edge of space then land 8 miles (13 km) from the nearest road in the Mud Flats, west of the Great Salt Lake.

Getting to the edge of space. Check.

It took the team 15 days and three weekends searching the desert before they finally located the payload. In the video, you can see their jubilation when they finally find it! 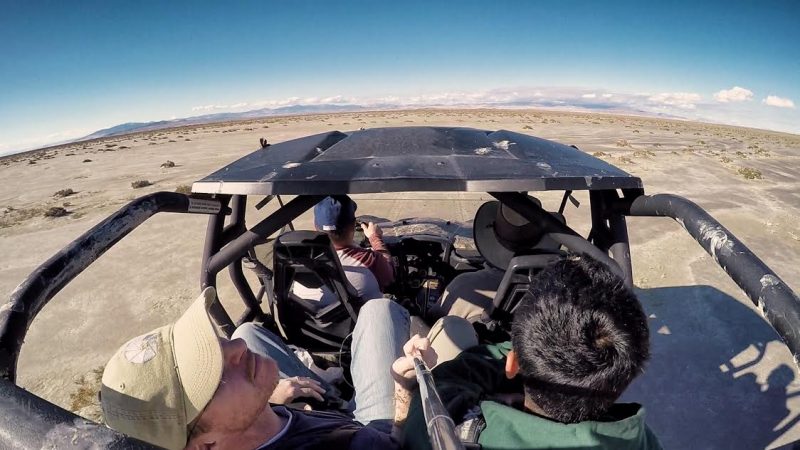 The launch was successful. The cameras worked. But finding the cameras after the payload returned to Earth … that was harder. Image via Photog Adventures.

Aaron later told EarthSky that Photog Adventures’ next goal is to capture the Milky Way seen from the edge of space:

The logistics of pulling off a Milky Way shot is a bit crazy, but I am still optimistic that with the right stabilization, launching at night, if we go a bit higher, mount the camera facing up and away from the balloon that we could get stars and maybe, maybe even some Milky Way.

And the team has plans for the August 21, 2017 total eclipse of the sun, first total solar eclipse visible from the contiguous U.S. since 1979:

Next August, around the total solar eclipse and the Perseid meteor shower, we will be launching again with ExtremeSpaceAdventures.com and if all goes according to plan we will have footage of the eclipse shadow on the Earth as well as meteors burning through our atmosphere. I can’t even imagine what that could look like from that high up and if it is even possible to see. But we are going to try!

Good luck, guys, and keep us in the loop!

Listen to Photog Adventures’ podcast about this adventure 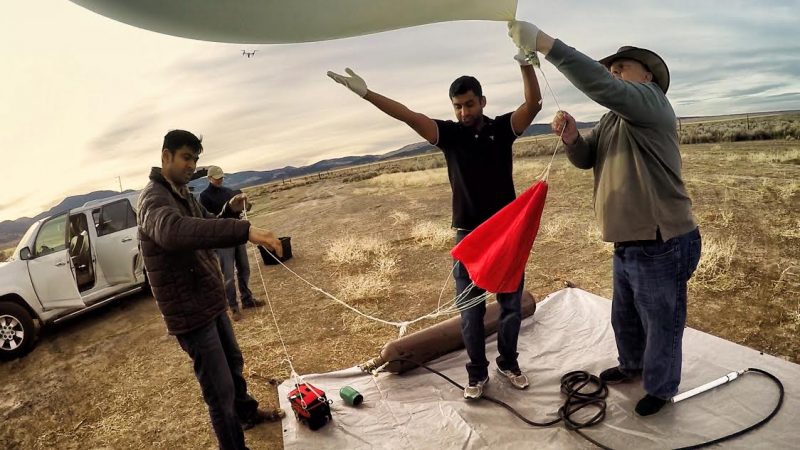 Preparing for the balloon launch. Image via Photog Adventures.

Bottom line: Photog Adventures sent its GoPros to space, captured some stunning views, and then lost the cameras for 15 days. Follow the adventure in this video.