Geomagnetic storm on its way, June 22 and 23

June 21, 2015 full-halo coronal mass ejection, or CME, from the sun. It’s an expanding cloud of electrified gas from the sun. Read more about CMEs. CMEs aimed at Earth are sometimes called halo events by scientists because of the way they look in these images, which are made by NASA’s Solar and Heliospheric Observatory (SOHO)

A coronal mass ejection (CME) left the sun early Sunday morning and is joining forces with two earlier CMEs that left the sun a few days ago. All are now heading directly for Earth, with a strong potential to spark auroral displays. It doesn’t mean we’re due for a major space weather event. That depends on how how the magnetic field of the CME connects to Earth’s magnetic field when the CMEs arrive. However, space weather forecasters at NOAA are estimating a 90% chance of polar geomagnetic storms when they do arrive sometime today (June 22, 2015). NOAA forecasters wrote that Sunday’s CME, a much faster CME than the earlier ones, is …

A G3-Strong Geomagnetic Storm Watch has been issued for June 22, as well as a G2-Moderate Watch for June 23 as the CMEs make their way past Earth. 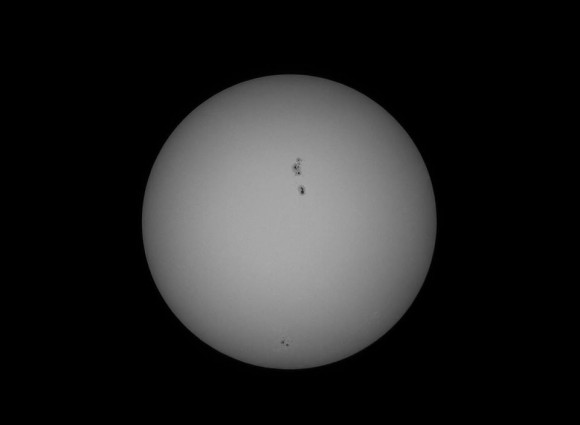 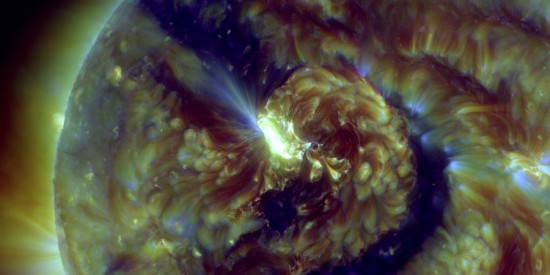 June 19 flare from Sunspot Region 12371. The June 21 flare released a faster CME from this region. The CMEs will join forces before encountering Earth on June 22. 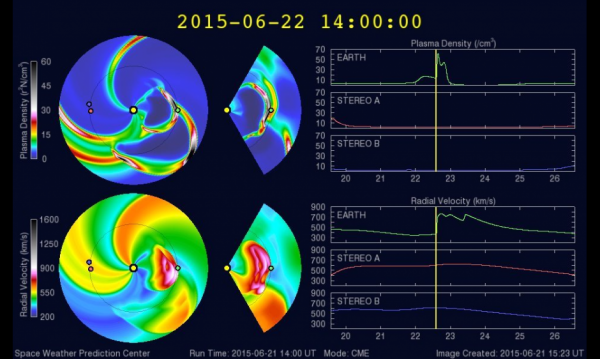 Bottom line: A fast-moving CME is joining forces with two earlier CMEs. All three are due to arrive sometime today (June 22, 2015). NOAA forecasters estimate a 90% chance of polar geomagnetic storms when the CME arrives. Aurora alert!