Mercury – with only the thinnest of atmospheres – has a continuous rain of micro-meteors wherever on the planet dawn is breaking. 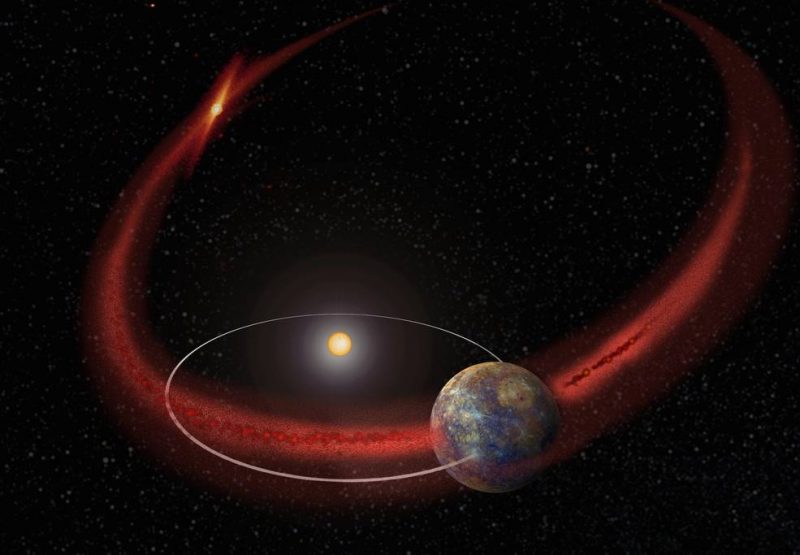 Artist’s concept of Mercury encountering a stream of debris in space. Retrograde meteoroids, which orbit the sun in the direction opposite the planets and comprise pieces from disintegrated long-period comets, are thought to create the micrometeoroid showers raining down continuously on Mercury. Image via NASA.

Scientists have shed new light on the ongoing bombardment of Mercury – the small, innermost world in our solar system – by tiny dust particles called micrometeoroids. The study is based in part on data from the MESSENGER spacecraft, which orbited Mercury from 2011 to 2015. MESSENGER found that micrometeroids strike Mercury’s surface throughout the planet’s day. It showed that impacts are more frequent on whatever part of the planet is experiencing dawn at a given time. The new study combines that data with computer modeling to show how certain types of comets influence this bombardment, and also how these micrometeoroid showers affect Mercury’s very thin atmosphere, called its exosphere.

Observations by MESSENGER indicated that dust must predominantly arrive at Mercury from specific directions, so we set out to prove this with models. We simulated meteoroids in the solar system, particularly those originating from comets, and let them evolve over time.

A statement from these scientists explained that the presence of the elements magnesium and calcium in Mercury’s exosphere has been found to be higher at Mercury’s dawn — indicating that meteoroid impacts are more frequent on whatever part of the planet is experiencing dawn at a given time. The statement explained why the micrometeoroids tend to strike the planet preferentially where it’s dawn on Mercury:

This dawn-dusk asymmetry is created by a combination of Mercury’s long day [58 Earth-days long], in comparison to its year [88 Earth-days long], and the fact that many meteroids in the solar system travel around the sun in the direction opposite the planets.

Because Mercury rotates so slowly compared to a Mercury year, the part of the planet at dawn spends a disproportionately long time in the path of one of the solar system’s primary populations of micrometeoroids. This population, called retrograde meteoroids, orbits the sun in the direction opposite the planets and comprises pieces from disintegrated long-period comets.

These retrograde meteroids are traveling against the flow of planetary traffic in our solar system, so their collisions with planets — Mercury, in this case — hit much harder than if they were traveling in the same direction.

The team said the strength of these collisions helped them key in on the source of the micrometeoroids pummeling Mercury’s surface. They said:

Meteroids that originally came from asteroids wouldn’t be moving fast enough to create the observed impacts. Only meteoroids created from two certain types of comets — Jupiter-family and Halley-type — had the speed necessary to match the obseravations …

Jupiter-family comets, which are primarly influenced by our largest planet’s gravity, have a relatively short orbit of less than 20 years. These comets are thought to be small pieces of objects originating in the Kuiper Belt, where Pluto orbits. The other contributor, Halley-type comets, have a longer orbit lasting upwards of 200 years. They come from the Oort Cloud, the most distant objects of our solar system — more than a thousand times farther from the sun than Earth.

The orbital distributions of both types of comets make them ideal candidates to produce the tiny meteoroids that influence Mercury’s exosphere.

Pokorný and his team hope that their initial findings will improve our understanding of the rate at which comet-based micrometeoroids impact Mercury, further improving the accuracy of models of Mercury and its exosphere. 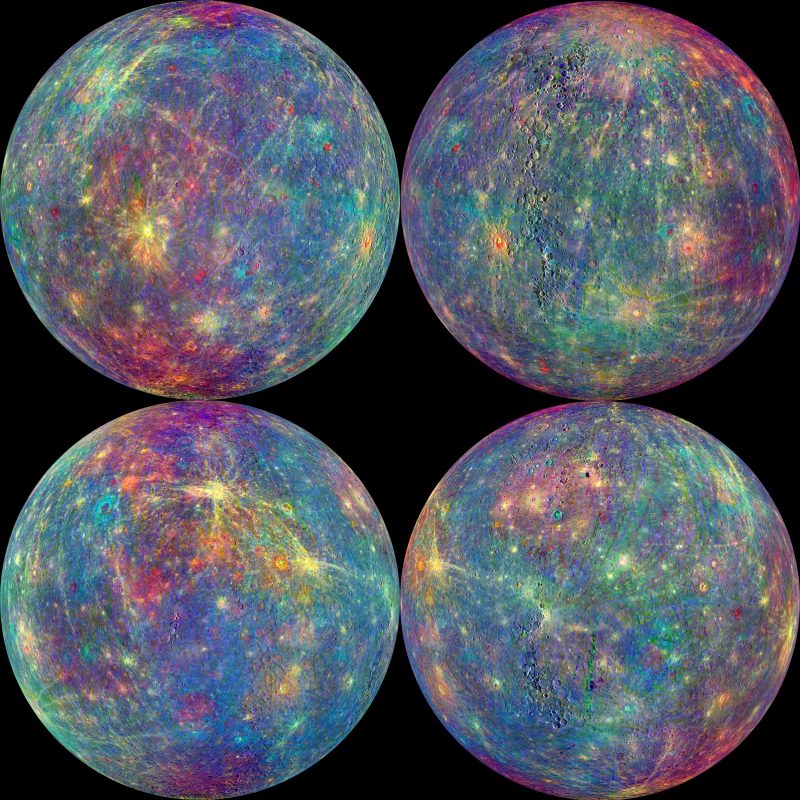