First maps of Charon and Pluto 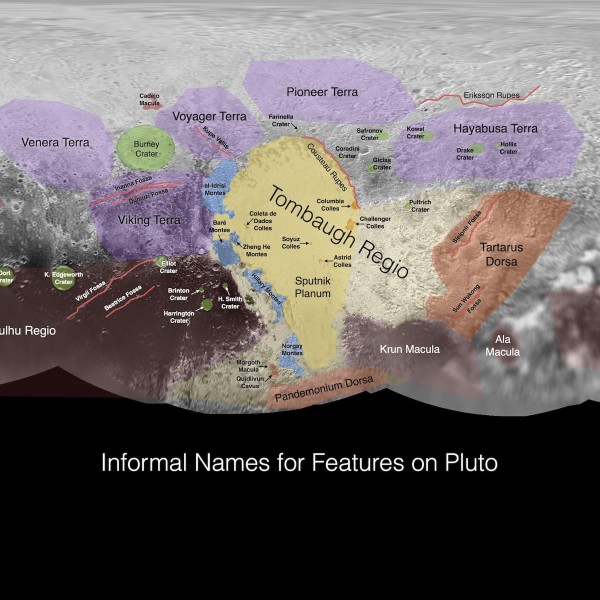 A portion of the first preliminary map on Pluto. See below for the complete map.

Following New Horizons’ history-making sweep past Pluto on July 14, 2015, the mission has released maps of Pluto and Charon with preliminary designations for the features found on these distant worlds. A month ago, we’d never seen these worlds as more than blurry balls, and now we have maps of their surfaces! Amazing. The names – which still need to be made official – on Pluto come from many cultures in all parts of Earth. Those on Pluto fall into four major categories: space missions and spacecraft; scientists and engineers; historic explorers; and underworld locales, beings, and travelers. 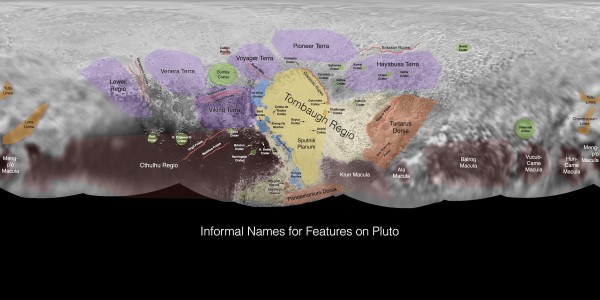 And guess who named the features on Pluto? You did. In early 2015, the New Horizons mission invited people to submit names corresponding to specific thematic guidelines. NASA released an initial list of the most popular names earlier in July.
The International Astronomical Union (IAU) still has to approve the names before they become official, but the New Horizons team is using these names already. Cathy Olkin, a New Horizons scientist who was part of the group in charge of assigning informal names, told BuzzFeed:

We need names to call things. We are working with these data. You can’t just keep on saying, ‘Oh, that canyon up to the left.

Let’s look for a moment at an enhanced image of Pluto as a whole: 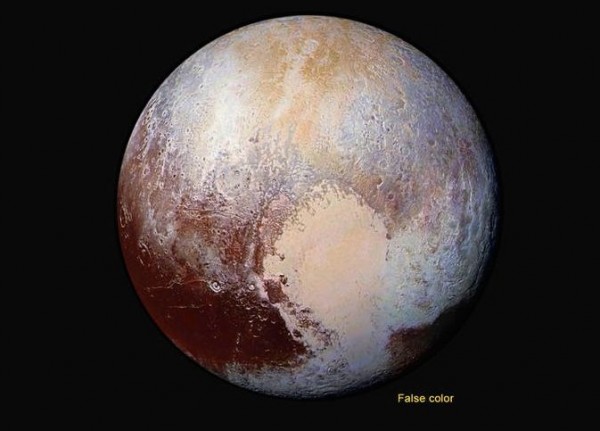 View larger. | Four images from New Horizons’ Long Range Reconnaissance Imager (LORRI) were combined with color data from the Ralph instrument to create this enhanced color global view of Pluto. (The lower right edge of Pluto in this view currently lacks high-resolution color coverage.) The images, taken when the spacecraft was 280,000 miles (450,000 km) away, show features as small as 1.4 miles (2.2 km). Image via NASA/JHUAPL/SwRI.

That heart-shaped region is called Tombaugh Regio, named for Clyde Tombaugh, who discovered Pluto in 1930. Now here’s a close-up of Tombaugh Regio, with its newly named features: 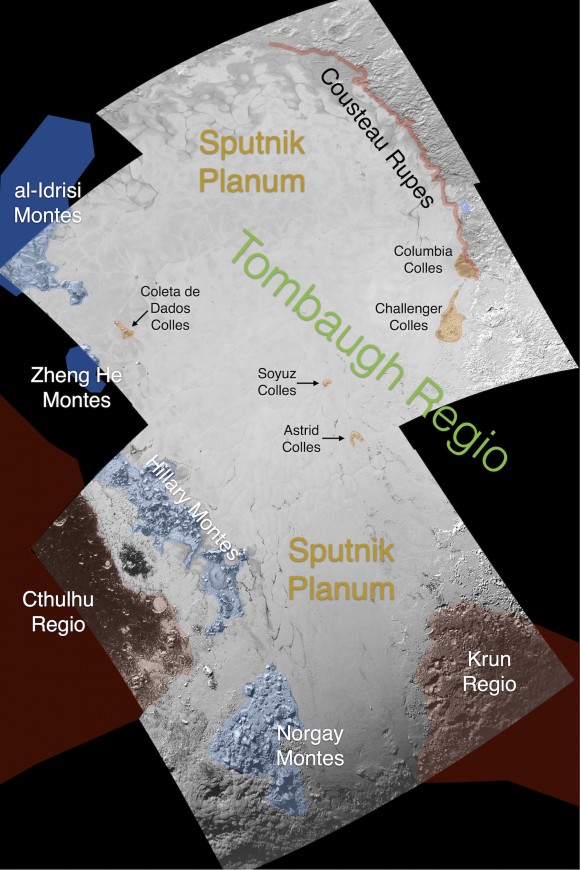 Buzzfeed, which became one of the first to publish these maps earlier this week, did an excellent job explaining what some of the unfamiliar names mean:

Now let’s take a look at the first preliminary map of Charon. 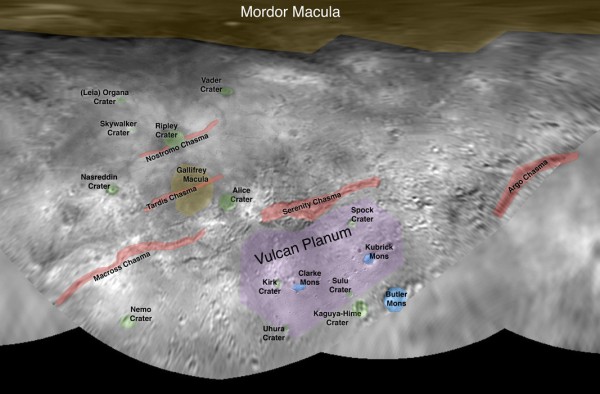 Many features are informally named after science fiction characters, particularly from Star Trek and Star Wars. Some from Alien and Dr Who. Mordor Macular covering the north polar region including the North Pole of Charon, is from The Lord of the Rings.

Kubrick Mons named after Stanley Kubrick, is the curious Mountain in the Moat, the lofty mountain in a depression that does not appear to be an impact crater.

The clearer, higher resolution areas on the Pluto facing side will increase as more images are returned. 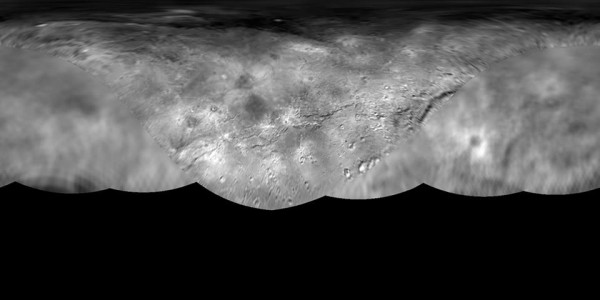