The Orion spacecraft – planned to carry astronauts on missions beyond low-Earth orbit – has been powered on for the first time at Kennedy Space Center in Florida.

How will we get back to the moon, or reach the asteroids or Mars, with human crews? NASA’s answer is the Orion Multi-Purpose Crew Vehicle, planned to carry crews of 2-6 astronauts for missions beyond low-Earth orbit. NASA announced today (October 29, 2013) that Orion has now been powered on for the first time, which, NASA says, marks a major milestone in its final year of preparations for flight. The plan is to test all of Orion’s avionics systems during its first mission, Exploration Flight Test-1 (EFT-1), targeted to launch in the fall of 2014. 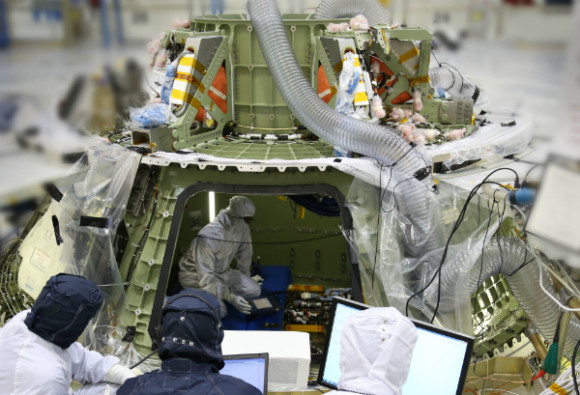 Space engineers installed Orion’s avionics system within the module designed to hold 2-6 crew members for missions beyond low-Earth orbit. They then powered up Orion for the first time, for a series of systems tests at NASA’s Kennedy Space Center in Florida. Image via Lockheed Martin.

Orion’s avionics system was installed on the crew module and powered up for a series of systems tests at NASA’s Kennedy Space Center in Florida last week. Preliminary data indicate Orion’s vehicle management computer, as well as its innovative power and data distribution system … performed as expected.

Orion will ultimately be able to carry crew and cargo missions, and, according to NASA, it’ll extend human presence beyond low-Earth orbit and enable new missions of exploration throughout our solar system.

EFT-1 is a two-orbit, four-hour mission that will send Orion, uncrewed, more than 3,600 miles above the Earth’s surface –15 times farther than the International Space Station. During the test, Orion will return to Earth, enduring temperatures of 4,000 degrees Fahrenheit while traveling 20,000 miles per hour, faster than any current spacecraft capable of carrying humans. The data gathered during the flight will inform design decisions, validate existing computer models and guide new approaches to space systems development. The information gathered from this test also will aid in reducing the risks and costs of subsequent Orion flights. 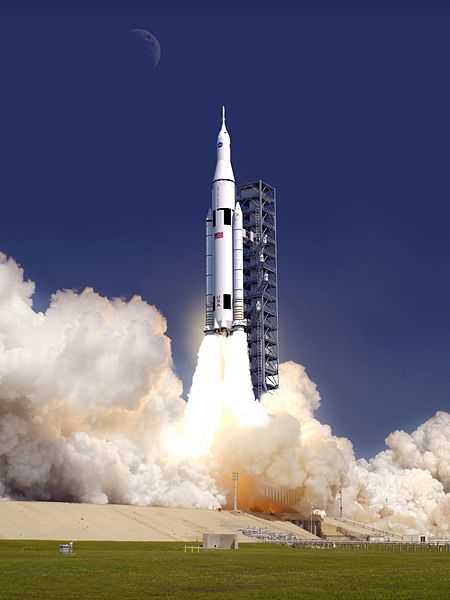 Orion will go into orbit launched by the Space Launch System, or SLS, is a heavy launch vehicle derived from the Space Shuttle, being designed by NASA.

Bottom line: NASA’s Orion spacecraft – planned to carry astronauts on missions beyond low-Earth orbit – has been powered on for the first time for a series of systems tests at Kennedy Space Center in Florida.