The US and Europe take a next step toward the moon

The European Service Module – eventually to be used to power and propel NASA’s Orion spacecraft in the 1st manned moon mission since the 1970s – leaves Europe today and arrives in the U.S. tomorrow. 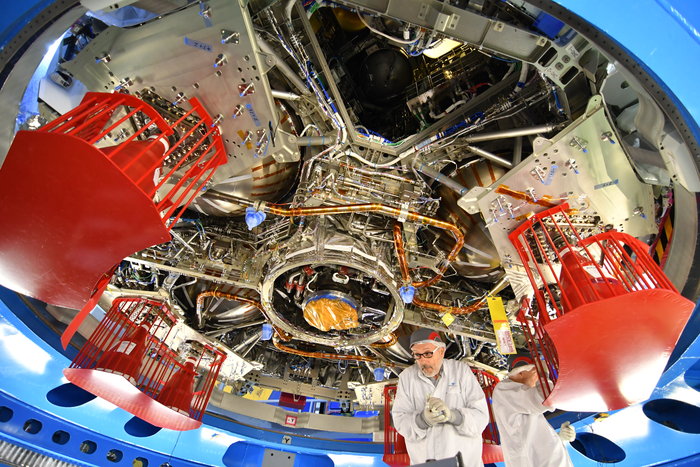 The European Service Module, viewed from below. Image via ESA/A. Conigli.

NASA’s Orion spacecraft – built to carry humans – is one step closer to its first mission to fly around the moon and back, the European Space Agency (ESA) said on October 30, 2018. It said its European Service Module – which will be used to power and propel the Orion spacecraft – will be shipped this week from Bremen, Germany, to the United States on an Antonov An-124 aircraft. It’ll depart in the early hours of November 5 and arrive at Kennedy Space Center in Florida on November 6. The ESM, designed in Italy and Germany, is a crucial European component of NASA’s ambitious Space Launch System or SLS; the Orion spacecraft part of SLS is designed to take astronauts back to the moon for the first time since the 1970s.

The European Service Module will hold fuel in large tanks, as well as water, oxygen and nitrogen for the astronauts, while radiators and heat exchangers will help keep the module at comfortable temperatures.

The module itself resembles ESA’s Automated Transfer Vehicle, which has been used to bring supplies to the International Space Station. The structure is the backbone of the entire vehicle, something like a car chassis. Three types of engines will help propel Orion during its excursions, and can turn the spacecraft in all directions. The module will be built by Airbus Defence and Space, and many other companies across Europe will also supply components. 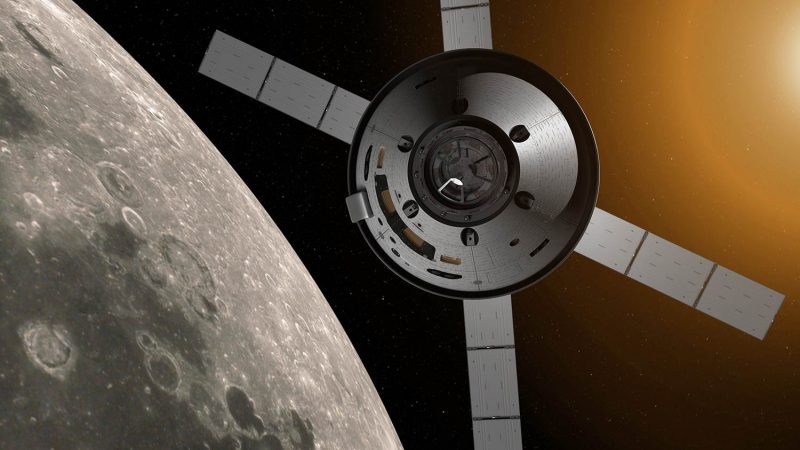 The European Service Module is an integral part of the Orion spacecraft, depicted here. Orion is designed to take astronauts back to the moon for the 1st time since the Apollo missions of the 1970s. Image via NASA.

This is the first time that a European-built system will serve as a critical element to power an American spacecraft; this is thanks largely to ESA’s existing Automated Transfer Vehicle program, mentioned above.

So what happens next?

At Kennedy Space Center, the European Service Module will be connected to the Orion crew module and its adapter in preparation for Exploration Mission-1. This mission is planned as an initial test flight without astronauts that will travel farther into space than any human-rated spacecraft has ever ventured before. This mission is expected to launch sometime in 2020.

A second European Service Module, similar to the first, is also now being developed. This one will be able to take a human crew on a trip around the moon. All of this activity is leading up to launches with components of the Gateway – a planned human-tended outpost in lunar orbit, designed to be used for both human and robotic exploration of the moon. 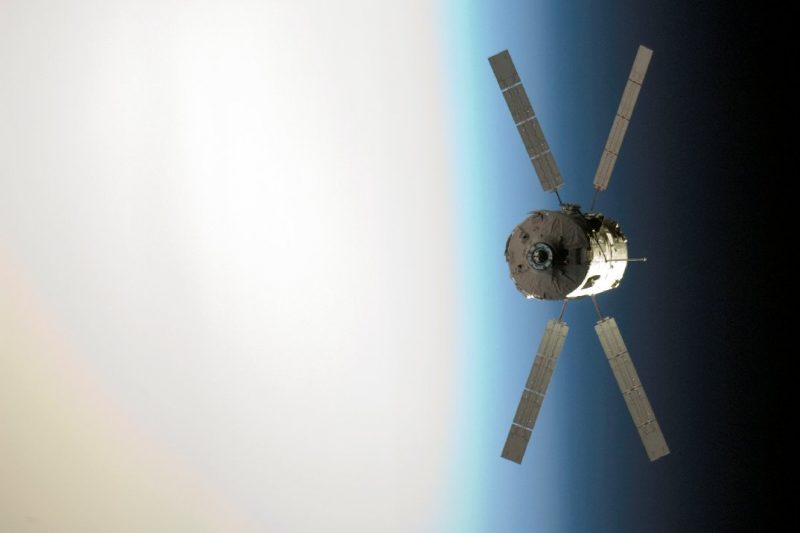 Orion is similar in design to ESA’s Automated Transfer Vehicle, which takes supplies to the International Space Station. Image via ESA/NASA.

ESM also recently completed its final integration and testing at the Airbus integration hall in Bremen.

Orion is the crewed capsule part of NASA’s Space Launch System, which, when completed, will be the most powerful rocket ever built. It will be able to take astronauts back to the moon, and more advanced versions of SLS will be capable of taking astronauts deeper into space, including to Mars. As outlined on the mission website:

After the first flight, the next step is to start sending people on bold missions to the moon and beyond. As SLS evolves over future missions to unprecedented accommodation of payload mass and volume and unrivaled performance, the rocket will allow NASA to send missions to deep space and reach distant destinations faster than ever before. On its second mission carrying Orion and astronauts, Exploration Mission-2, SLS will send Orion and its crew farther than people have traveled before around 250,000 miles from Earth, 10,000 miles beyond the moon.

SLS and Orion are America’s space vehicles and the foundation for missions carrying explorers to deep space. This new era of discovery requires all of humanity, including international and commercial partners, to help make these ventures possible and sustainable. Partners can help provide routine delivery of supplies and equipment needed to live and work on the moon and in deep space. SLS and Orion are planned to fly once or twice a year and will focus on dependable, safe flights for humans and large cargo. 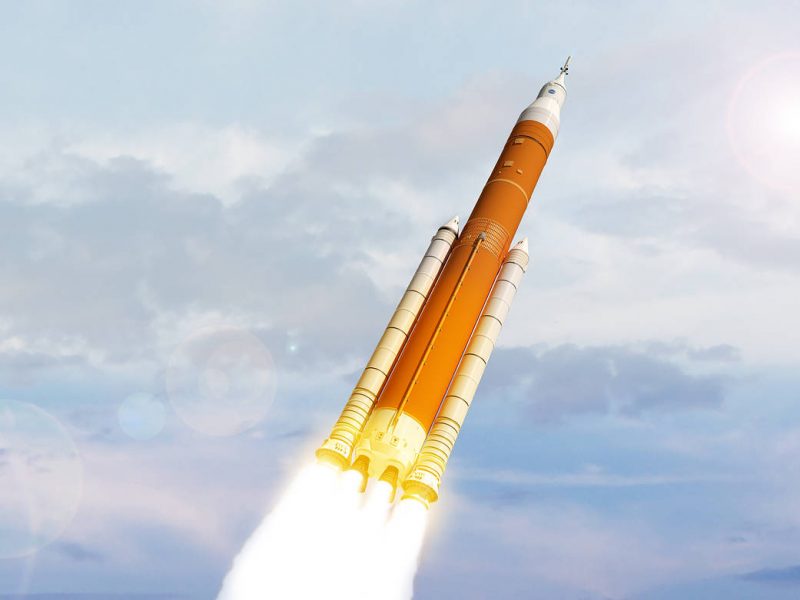 Once operational, SLS will be the most powerful rocket ever built, and will be able to take a crewed Orion to the moon and beyond. Image via NASA.