The Orion crew capsule test conjures up memories of Apollo astronauts splashing down in the oceans in the ’60s and ’70s.

The Orion crew capsule will have its ninth and final water test at NASA’s Langley Research Center in Hampton, Virginia tomorrow (Friday, January 6, 2012). The test conjures up memories of Apollo astronauts splashing down in Earth’s oceans in the 1960s and ’70s. After all, if we do someday send people to Mars, we’ll have to have a way to get them safely back to earthly shores. And what makes more sense than a soft landing in an ocean? 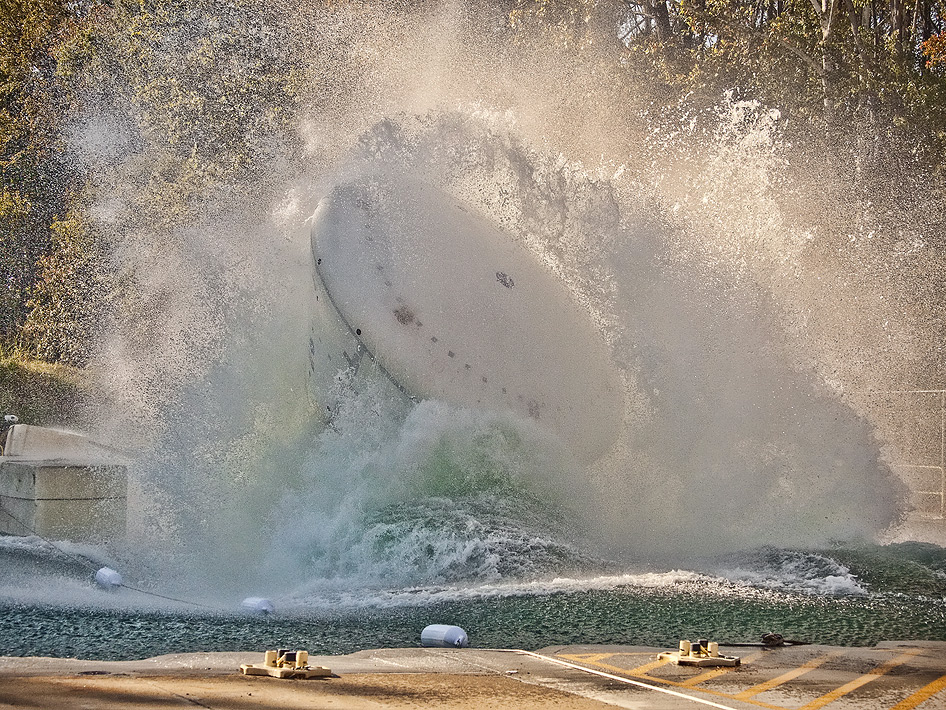 But, first, as with all things space, there must be tests of the capsule designed to carry up to four crew members. The crew capsule tests are being carried out at the Langley’s recently built and beautifully named Hydro Impact Basin – which is essentially a big swimming pool 115 feet long, 90 feet wide and 20 feet deep. It is located at the west end of Langley’s historic Landing and Impact Research Facility, or Gantry, where Apollo astronauts trained for moonwalks. 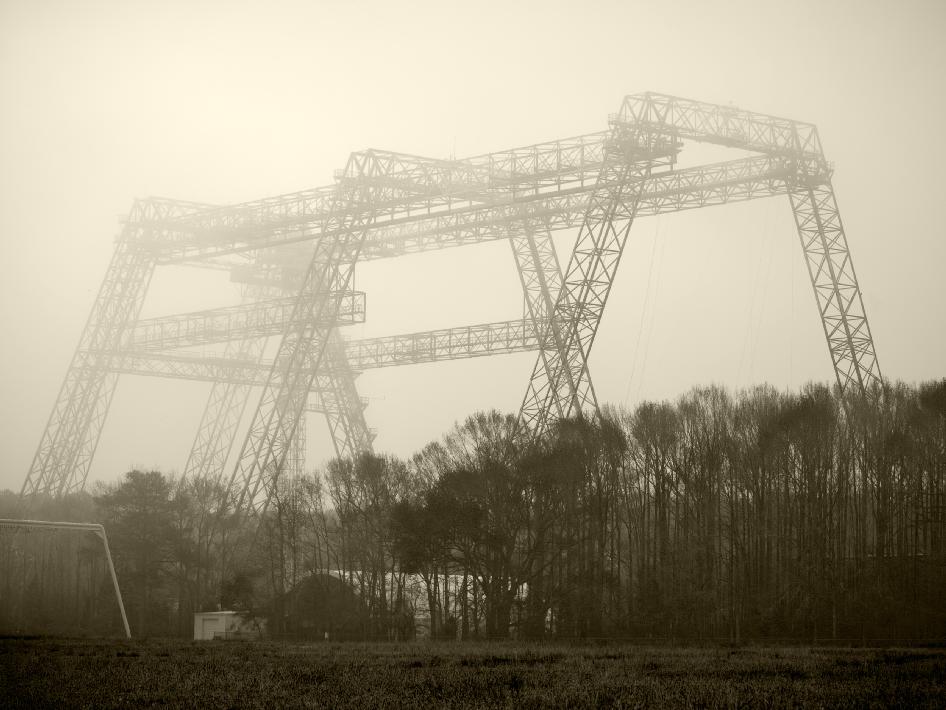 Langley’s historic Landing and Impact Research Facility, or Gantry, in the early morning mist. Romantic-looking? Yes! But if you love the romance of space and weren’t alive during the Apollo lunar missions, you ain’t seen nothin’ until you’ve experienced a true space capsule carrying live astronauts splashing down in an ocean. Image Credit: NASA

The Orion Multi-Purpose Crew Vehicle (MPCV) is a planned spacecraft being built by Lockheed Martin for NASA. It was part of the now-ended Constellation program, whose development began in 2005, but which was cancelled in 2011. The Constellation Program has been retooled, moving the objective away from a moon base and more towards a Near-Earth object (NEO) mission and an eventual Mars landing.

The MPCV’s debut unmanned multi-hour test flight, known as Exploration Flight Test 1, is scheduled for a launch aboard a Delta IV Heavy rocket in 2014. 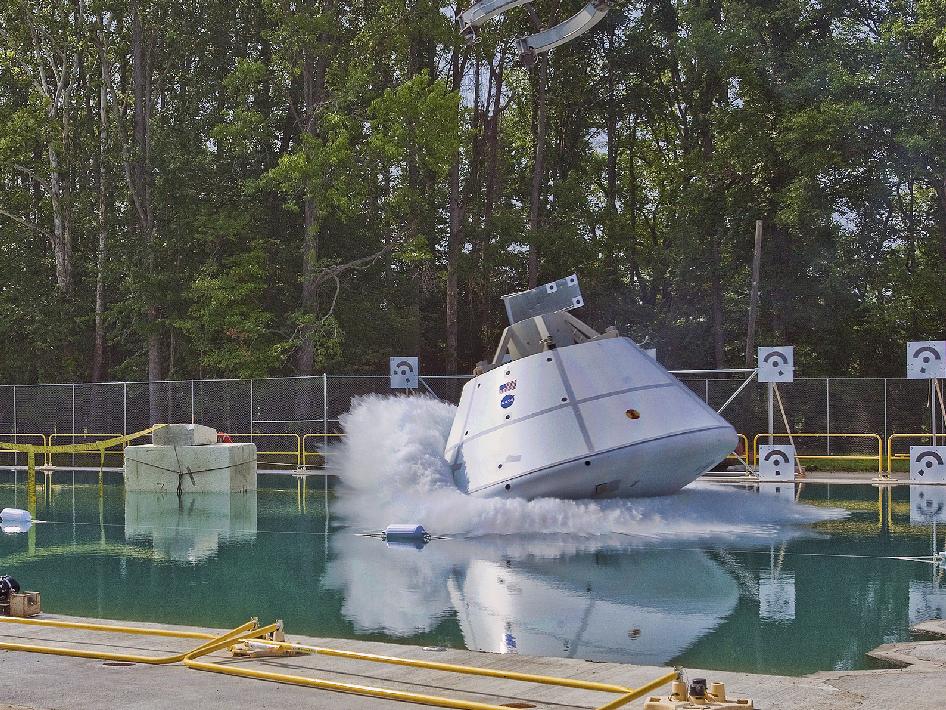 During the January 6, 2012 test of the Orion crew capsule, the capsule will travel at approximately 47 mph before splashing into the basin, where it will likely flip over after impact, as it did in the earlier test (November 8, 2011) captured by this video.

While this type of landing scenario is not likely to occur during actual vehicle operation, the test will validate models of how the spacecraft would respond. Like the Apollo spacecraft, Orion will have an on-board system that allows the spacecraft to up-right itself in the ocean. 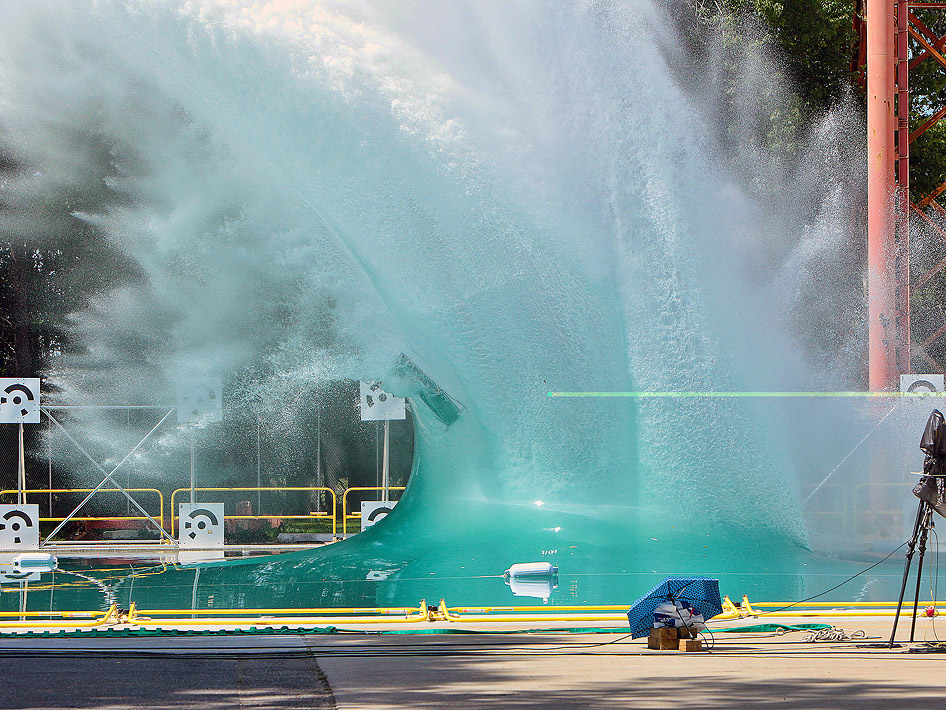 When the time comes for this baby to carry real astronauts in actual space missions, its splashdown will be big drama throughout the world. Image Credit: NASA

Bottom line: The Orion crew capsule – part of the Orion Multi-Purpose Crew Vehicle (MPCV) being built by Lockheed Martin for NASA – will have its ninth and final water test at NASA’s Langley Research Center in Hampton, Virginia on Friday, January 6, 2012. The tests are being carried out at Langley’s Hydro Impact Basin, at the west end of Langley’s historic Landing and Impact Research Facility, or Gantry, where Apollo astronauts trained for moonwalks.