Will evidence for life on Mars look like fettuccine pasta?

The search for life on Mars usually involves looking for past or present microbes, invisible to the eye. Scientists at University of Illinois suggest searching instead for a type of rock formation known on Earth to be created by microbes. 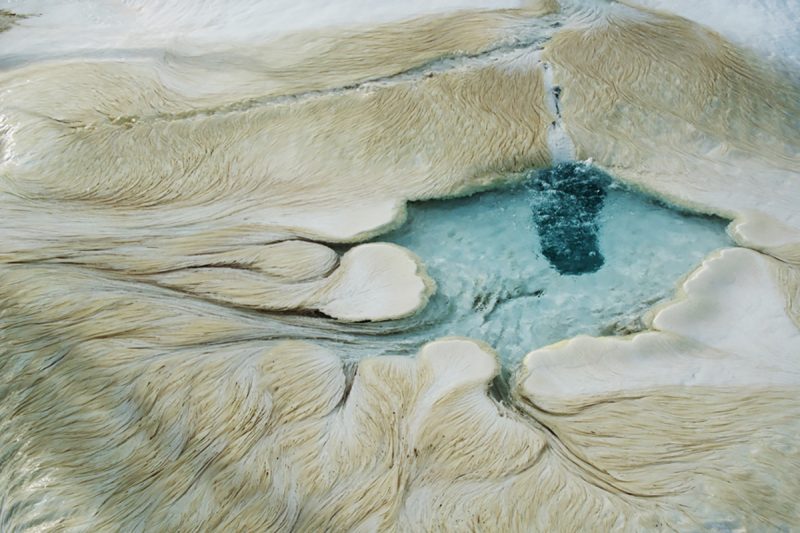 An example of the “fettuccine” rocks at Mammoth Hot Springs in Wyoming, part of Yellowstone National Park. The pasta-like filaments are created by bacteria and appear completely unique from other rock formations. Image via Bruce Fouke.

What is the best way to search for life on Mars? Looking for fossils? Microbes, either past or present? It turns out that the best thing to look for might indeed be microbial, but not in a form most people would expect. The most obvious evidence for ancient Martian life might be … pasta? Fettucine specifically, but not the kind you eat, of course. Rather, scientists suggest looking for a certain type of rock formation that resembles fettuccine. On Earth at least, these sorts of rocks are known to be created only by microbes.

The new peer-reviewed paper outlining this intriguing possibility was published in the journal Astrobiology on April 30, 2019.

On Earth, these types of rock formations are created by bacteria that live in conditions a bit similar to those on Mars. According to University of Illinois geology professor Bruce Fouke, who led the new, NASA-funded study of such formations in Mammoth Hot Springs in Yellowstone National Park: 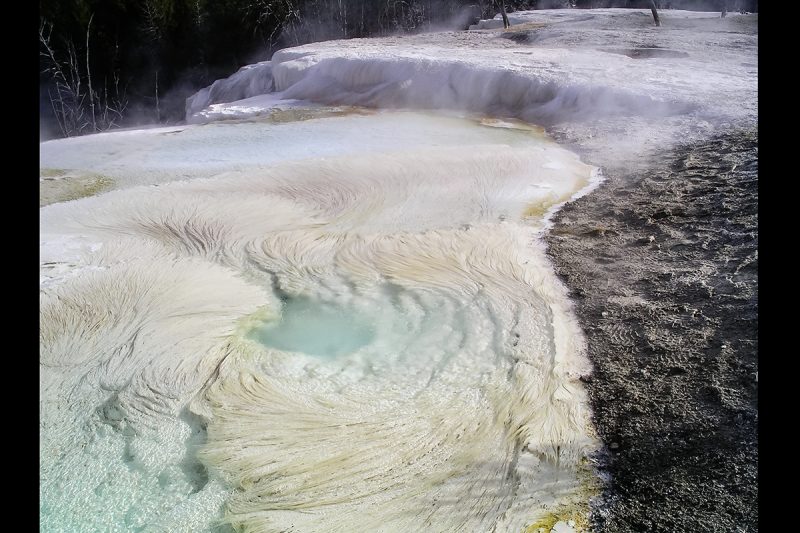 Another view of the “fettuccine” rocks at Mammoth Hot Springs in Yellowstone National Park. Image via Bruce Fouke. 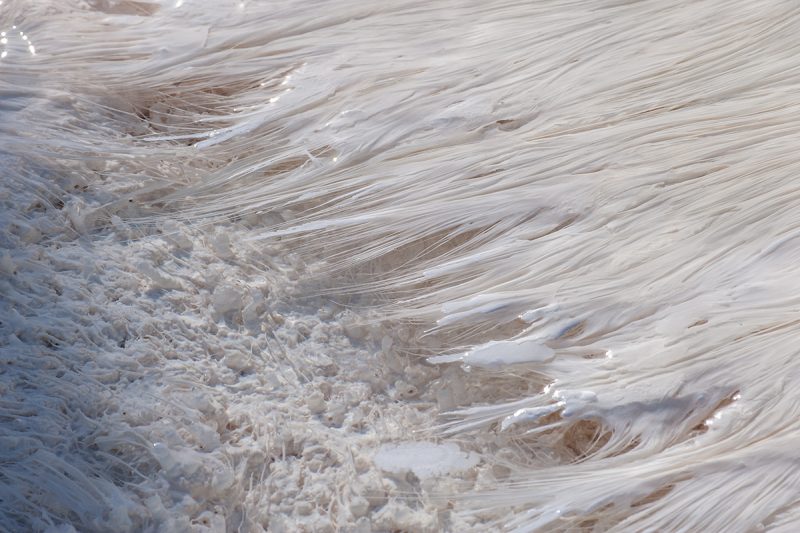 Closer view of the ends of the fettuccine-like strands. Image via Tom Murphy.

Crystalline rock formations are catalyzed by the bacteria in such a way that the rocks look like layers of fettuccine pasta. This unique morphology would make it quite easy to detect by rovers or landers on Mars. The strand-like appearance is a result of the Sulfuri bacteria latching onto one another in fast-moving water. As Fouke said:

They form tightly wound cables that wave like a flag that is fixed on one end. These Sulfuri cables look amazingly like fettuccine pasta, while further downstream they look more like capellini pasta.

The researchers even used sterilized pasta forks to take samples from the rock formations. Seems appropriate!

This bacterium is very ancient; it evolved prior to the oxygenation of Earth – the Great Oxidation Event, when a lot of oxygen was first added to the atmosphere – 2.35 billion years ago. It is also very tough, able to survive extremely hot, fast-flowing water bubbling up from underground hot springs. It can also withstand harsh ultraviolet light, which is the norm on Mars, and only lives in environments with little to no oxygen. It uses sulfur and carbon dioxide for energy. Mars also has extremely little oxygen in its atmosphere, and an abundance of carbon dioxide. Although it lives on Earth, this bacterium, or one similar to it, might be able to survive on Mars rather nicely. As Fouke said:

Taken together, these traits make it a prime candidate for colonizing Mars and other planets.

There is also another aspect of the fettuccine rock formations that helps to identify them as being created by life: proteins on the bacteria speed up the rate at which calcium carbonate – travertine – crystallizes in and around the cables about 1 billion times faster than in any other natural environment on Earth. The rock formations contain broad swaths of hardened rock with an undulating, filamentous organic-looking texture. As Fouke said:

This should be an easy form of fossilized life for a rover to detect on other planets.

Other kinds of microbial mats are also common on Earth, but these fettuccine-like ones are so unique that finding them on, say, Mars, would be pretty much solid evidence for life. According to Fouke:

If we see the deposition of this kind of extensive filamentous rock on other planets, we would know it’s a fingerprint of life. It’s big and it’s unique. No other rocks look like this. It would be definitive evidence of the presences of alien microbes. 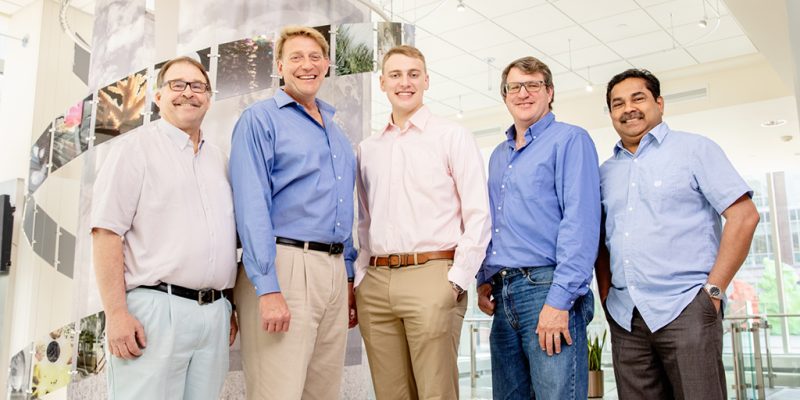 While this kind of fettuccine rocks has yet to be found on Mars, there have been other intriguing formations discovered by the Spirit and Curiosity rovers. There are cauliflower-like silica formations that resemble those made by microbes on Earth, in a region of ancient Martian hot springs in Gusev Crater, and possible microbial mats, identified by geobiologist Nora Noffke at Old Dominion University in Virginia, in sedimentary rocks that used to be at the bottom of a lake in Gale Crater. Similar formations to the cauliflower ones can also be found in Yellowstone National Park. The silica contains the fossilized remains of microorganisms. Sadly, Spirit died before it could investigate them further. The features seen by Curiosity look a lot like microbial mats, but unfortunately Curiosity isn’t equipped to make a definitive analysis. Neither of these curious formations have been proven to be evidence of life yet, but they are intriguing. As noted by Sherry Cady of the Pacific Northwest National Laboratory (PNNL):

Only when something that we have identified as a potential biosignature is proven to have been produced only by life, and not by any abiotic means, can we make the claim that definitive evidence for life has been found.

Bottom line: If you are searching for evidence of life on Mars, look for rock formations that resemble long, thin strands of fettuccine pasta. No, not from Martian chefs, but rather microbes that create these tell-tale signatures in rocks as they survive in very harsh conditions similar to those in hot springs on Earth.