On February 14, 1990, the Voyager 1 spacecraft acquired one of the most iconic images ever taken from space, an image of our planet Earth seen from Saturn. The image is now known as the Pale Blue Dot. 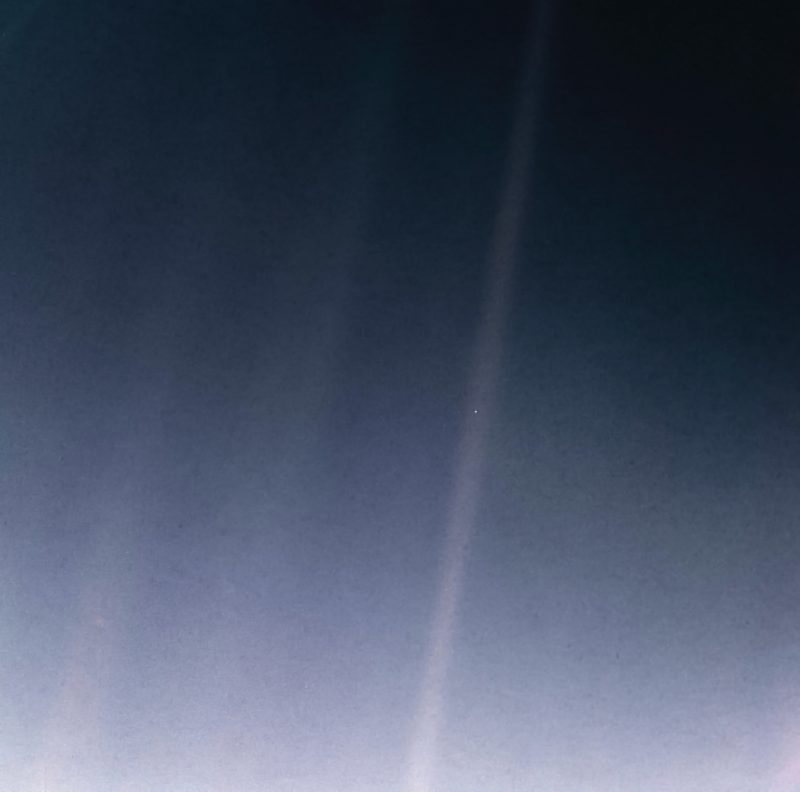 View larger. | In this image from Voyager 1 – acquired on February 14, 1990, from a distance slightly past the orbit of Saturn – Planet Earth is visible as a bright speck within the sunbeam, just right of center. Earth appears softly blue. It occupies less than a single pixel in this image and thus is not fully resolved. Image via NASA.

February 14, 1990. Today is the 30th anniversary of an iconic image of Earth, seen from Saturn, taken by the Voyager 1 spacecraft. It turned out to be one of the most memorable images ever taken from space. The image came to be known as the Pale Blue Dot, and to be associated with the words of astronomer Carl Sagan who wrote in his 1994 book “Pale Blue Dot”:

Look again at that dot. That’s here. That’s home. That’s us. On it everyone you love, everyone you know, everyone you ever heard of, every human being who ever was, lived out their lives. The aggregate of our joy and suffering, thousands of confident religions, ideologies, and economic doctrines, every hunter and forager, every hero and coward, every creator and destroyer of civilization, every king and peasant, every young couple in love, every mother and father, hopeful child, inventor and explorer, every teacher of morals, every corrupt politician, every ‘superstar,’ every ‘supreme leader,’ every saint and sinner in the history of our species lived there – on a mote of dust suspended in a sunbeam.

… the Voyager project planned to shut off the Voyager 1 spacecraft’s imaging cameras to conserve power and because the probe, along with its sibling Voyager 2, would not fly close enough to any other objects to take pictures. Before the shutdown, the mission commanded the probe to take a series of 60 images designed to produce what they termed the Family Portrait of the Solar System. Executed on Valentine’s Day 1990, this sequence returned images for making color views of six of the solar system’s planets and also imaged the sun in monochrome.

The popular name of this view is traced to the title of the 1994 book by Voyager imaging scientist Carl Sagan, who originated the idea of using Voyager’s cameras to image the distant Earth and played a critical role in enabling the family portrait images to be taken.

The direction of the sun is toward the bottom of the view (where the image is brightest). Rays of sunlight scattered within the camera optics stretch across the scene. One of those light rays happens to have intersected dramatically with Earth. From Voyager 1’s vantage point – a distance of approximately 3.8 billion miles (6 billion km) – Earth was separated from the sun by only a few degrees. The close proximity of the inner planets to the sun was a key factor preventing these images from being taken earlier in the mission, as our star was still close and bright enough to damage the cameras with its blinding glare.

The view is a color composite created by combining images taken using green, blue and violet spectral filters by the Voyager 1 Narrow-Angle Camera. They were taken at 4:48 GMT on Feb. 14, 1990, just 34 minutes before Voyager 1 powered off its cameras forever. 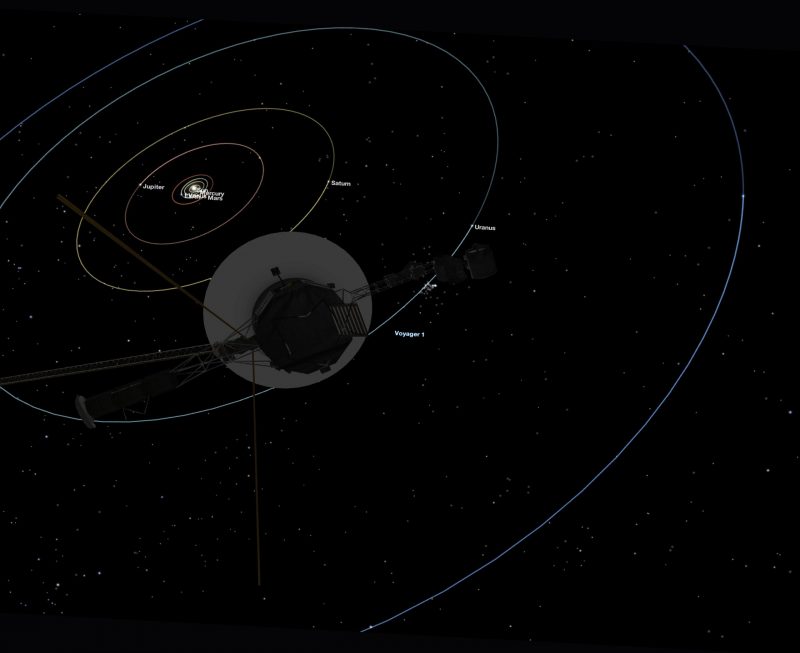 View larger. | This simulated view, made using NASA’s Eyes on the Solar System app, approximates Voyager 1’s perspective when it took its final series of images known as the Family Portrait of the Solar System, including the Pale Blue Dot image. Image via NASA. 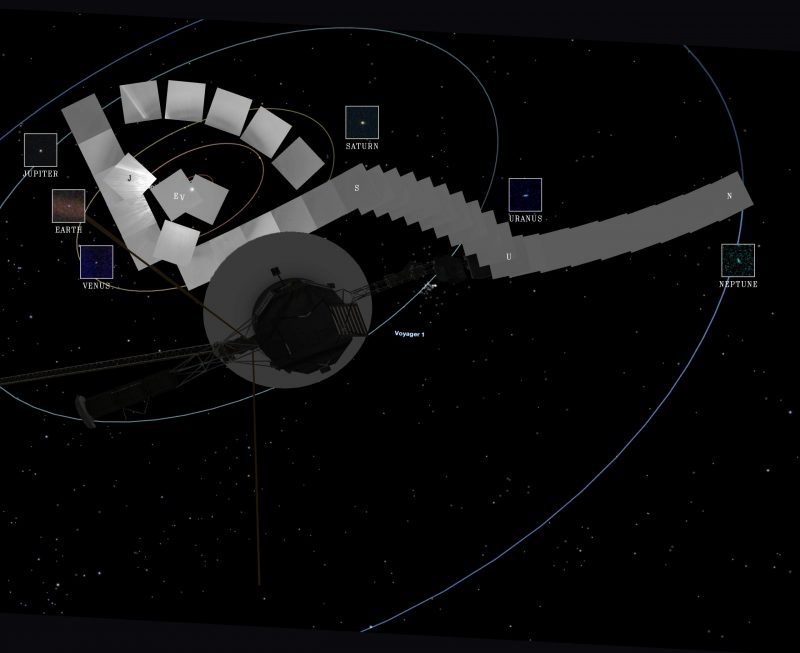 View larger. | Family Portrait of the Solar System: a series of 60 images acquired by Voyager 1 on February 14, 1990. Image via NASA.

Bottom line: February 14, 2020, is the 30th anniversary of the Voyager 1 image of Earth seen from the distance of Saturn. The image has come to be known as the Pale Blue Dot.