Extraordinary shot of moon’s far side and Earth, from Chang’e

China’s Chang’e 5 spacecraft rounded the lunar far side earlier this week, on the return leg of its journey to the moon. It’s now safely back on Earth. 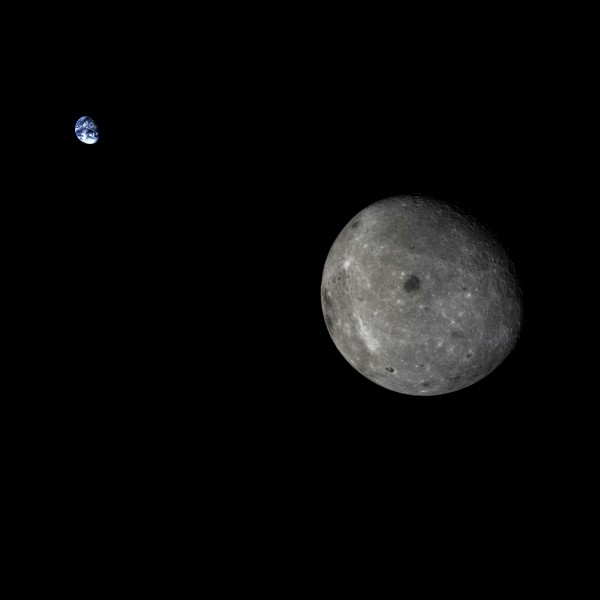 View of Earth over the far side of the moon on October 28, 2014, via Chinese Chang’e 5 test vehicle. Image via CNSA (China National Space Agency)

The Chinese Chang’e 5 test vehicle captured this extraordinary view of Earth over the far side of the moon on October 28, 2014. From Earth on this date, the phase of the moon was a waxing crescent. From the moon that day, the Earth was in a waning gibbous phase.

Tsiolkovskiy Crater with its dark lava flooded floor – 180 kilometers / 112 miles wide – is visible to the lower left on the far side of the moon.

The Chinese Chang’e 5 spacecraft, which is testing lunar sample return technology, has rounded the lunar far side and is now on the return leg of its journey to the moon. It is landed back on Earth on Friday, October 31, 2014. 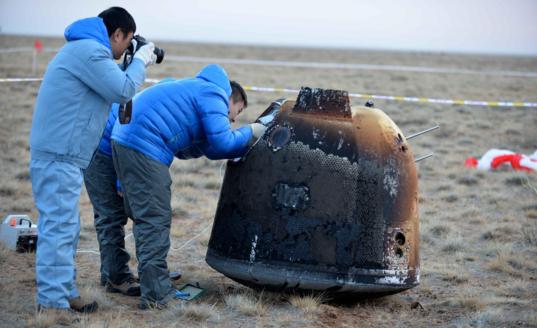 Bottom line: As it prepared to leave the moon and return to Earth, the Chinese Chang’e 5 spacecraft captured this image of the moon’s far side, with Earth in the background.