This object was likely born in the Asteroid Belt between Mars and Jupiter, then flung billions of miles to the Kuiper Belt on the edge of the solar system.

An international team of astronomers has used ESO telescopes to investigate a relic of the primordial solar system. The team found that the unusual Kuiper Belt Object 2004 EW95 is a carbon-rich asteroid, which likely formed in the asteroid belt between Mars and Jupiter and has been flung billions of kilometers from its origin to its current home in the Kuiper Belt. This object is the first of its kind to be confirmed in the cold outer reaches of the solar system.

Read more about 2004 EW95 from the European Southern Observatory 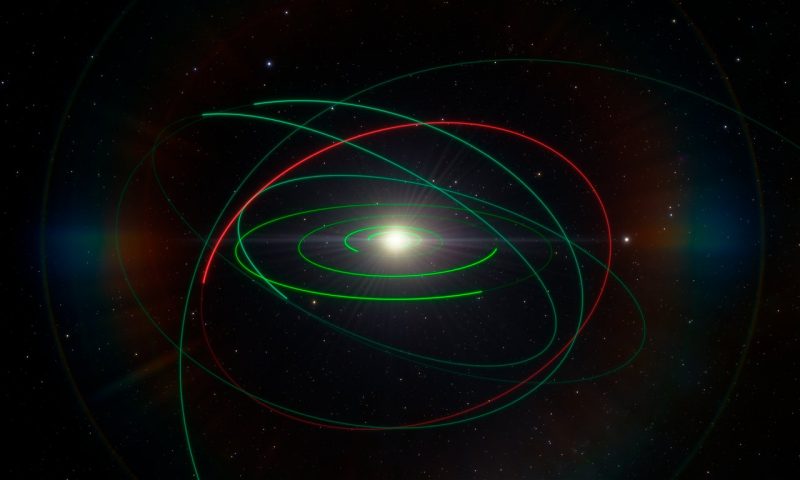 The red line in this image shows the orbit of 2004 EW95, with the orbits of other solar system bodies shown in green for comparison. Image via ESO/L. Calcada.