NASA’s Cassini spacecraft, flew within 46 miles – 74 kilometers – of Saturn’s moon Enceladus on May 2

On April 29, a rare tornado touched down near the city of Toulouse in southwestern France

Supermoon Skywatcher Deborah Byrd tells you everything you need to know about the supermoon this week.

Your brain on fun Ryan Britton discusses new research about how having fun affects your memory. Weird Science is back!

Iceman Scientists have recently discovered the world’s oldest bloodcells, roughly 5300 years old. Jorge speaks with material scientist Marek Janko about what we can learn from the bloodcells of this 5300 year old Iceman. 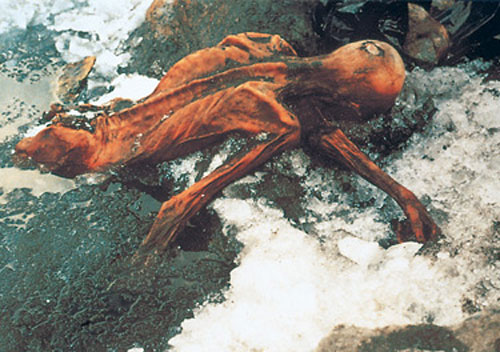 The Iceman, world’s oldest mummy, discovered frozen in glacier near border of Austria and Italy. © South Tyrol Museum of Archaeology

If you’re a fan of EarthSky 22, please share this post with your friends. We’ll catch you next week.