May 20-21 solar eclipse. June 4 lunar eclipse. Off-grid electricity. Chimps plan ahead. Song of week Shearwater’s “You as You Were” from Animal Joy.

A new planet discovered around the sunlike star KOI-872 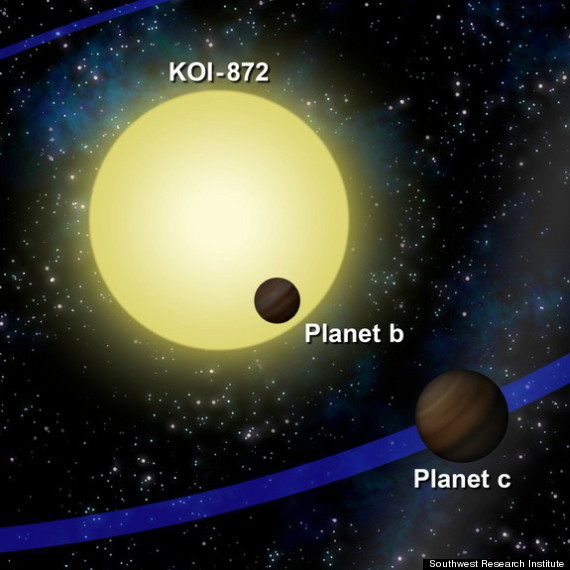 Shearwater’s “You as You Were” from their new album Animal Joy. Shearwater are out on their US tour now; European tour starts in June. Catch them if you can!

Global Night Sky: Solar Eclipse, Lunar Eclipse Jorge Salazar and Deborah Byrd talk about the solar eclipse this weekend, and the lunar eclipse coming up on the morning of June 4.

Chimp Attack! Ryan Britton is back with a Weird Science story about a chimpanzee that can plan ahead. This chimp has a bad reputation for throwing rocks at humans.

Shared Solar Jorge speaks with Dr. Vijay Modi about providing affordable “off-grid” electricity – and how it is changing lives in the developing world.