Start of autumn meteor season with this weekend’s Draconid meteor shower. Song of week Twin Cabin’s “Laika” off the album I’m Sure. Science and music here! 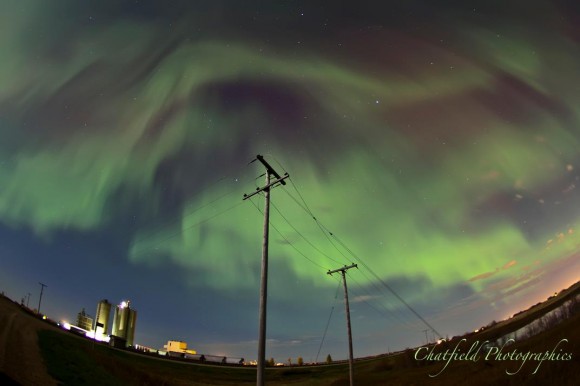 The geomagnetic storm on September 30 created a beautiful display of northern lights. This image is from that night, from EarthSky Facebook friend Colin Chatfield in Saskatoon, Saskatchewan.

First flying robot able to sense and act on its own.

A concept for a boat to sail Titan’s seas.

Twin Cabin’s “Laika” off the album, I’m Sure 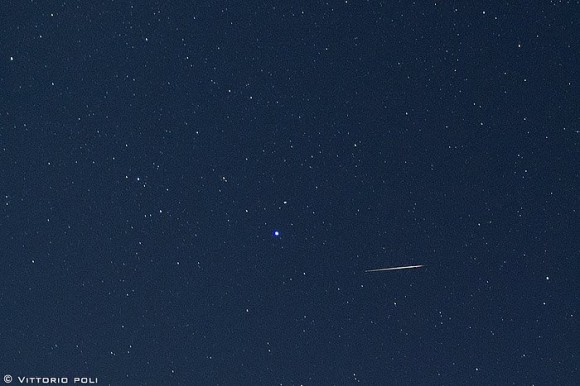 Draconid meteor in 2011, near the bright star Vega. Image via Vittorio Poli in Italy.

Draconid meteors on evenings of October 7 and 8 Jorge Salazar speaks with Deborah Byrd about the upcoming meteor showers and how best to catch them.

Habitable zones and extremophiles Emily Howard speaks with NASA research astronomer Stephane Kane about what conditions create a habitable zone, and what kinds of life might exist on distant planets.