Tonight’s Hunter’s moon, and a star to look for on Halloween … and listen to Danny Malone’s new song “Spiderlegs.” Science and music … together at last!

A new genus of fern named after Lady Gaga 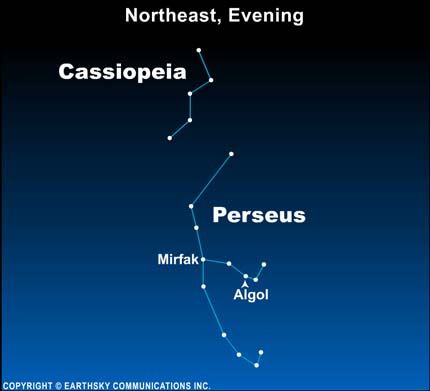 The Ghoul Star in the constellation Perseus is ascending in the northeast in mid-evening now.

Hunter’s Moon, Halloween and the Ghoul Star Deborah Byrd and Michael Brennan talk about the tonight’s Hunter’s moon, and a star to look for this Halloween.

Scientists convicted of manslaughter Deborah and Michael talk about the recent conviction of six scientists and one government official in Italy found guilty of failing to alert the public of a deadly earthquake in 2009.