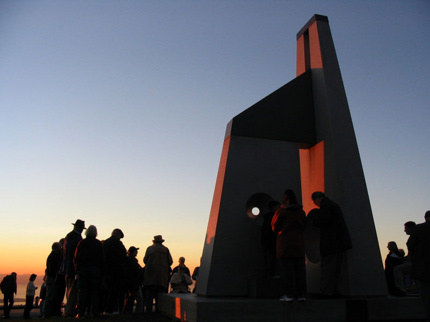 The National Climatic Data Center reported that 2012 will most likely be the warmest year on record for the contiguous U.S.

The Shin’s “No Way Down” from the Spotify Sessions curated by Jim Eno.

Spotify Sessions Curated by Jim Eno Jim Eno, producer and drummer of the band Spoon talks about recording the Shins in his studio, Public Hi-Fi, in Austin, TX.

The December Solstice Deborah Byrd and Michael Brennan talk about the solstice and celebrating the new year coming and the days getting longer again!

Doomsday Prophecies Jorge Salazar speaks with professor of Mayan archeology, Kathryn Reese-Taylor about what archeologists know about the Mayan calendar and the 2012 doomsday prophecies.