The two comets of 2013. First up is Comet PANSTARRS, which you could see this week. Song of the week is Hundred Visions’ “Last Cab from Tunis.” 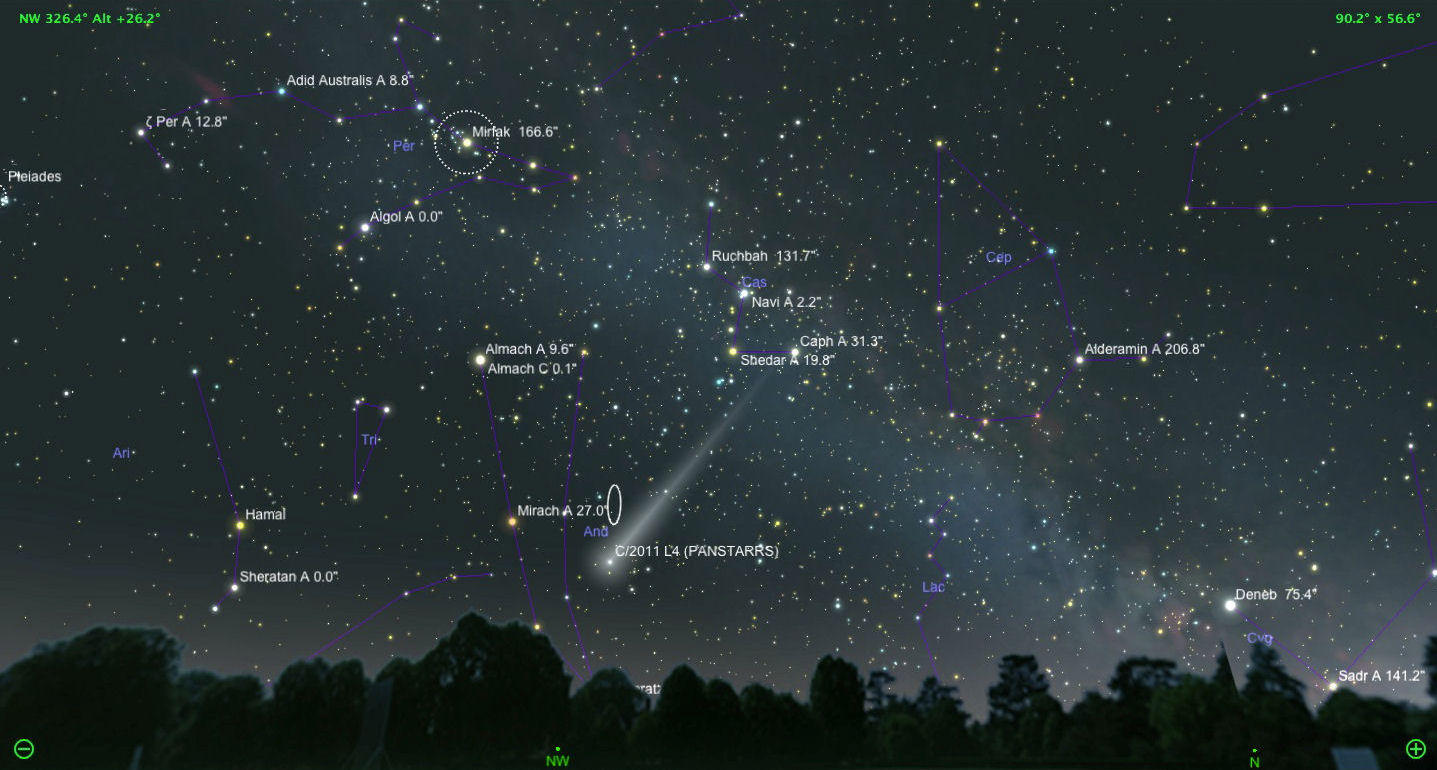 Comet PANSTARRS on the evening of April 6, 2013. This view is to the east that evening. The oval near the comet is the Andromeda galaxy. You’ll want a dark sky to see both the comet and the galaxy. Chart via Dave Eagle at www.eagleseye.me.uk. Used with permission. View larger. 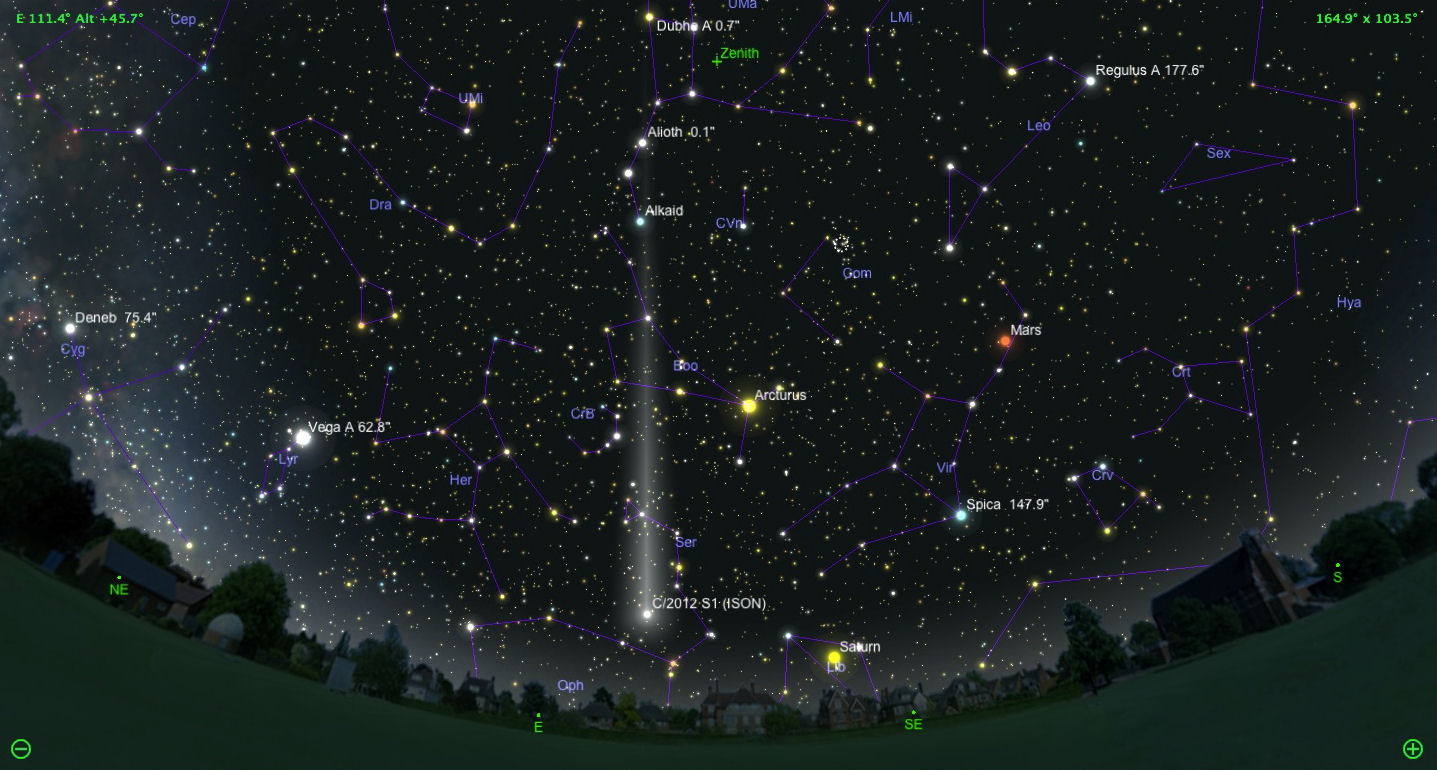 Comet ISON on the morning of December 10, 2013. The view is toward the east before dawn. Chart via Dave Eagle at www.eagleseye.me.uk. Used with permission. View larger.

March 13th inauguration of the ALMA telescope in Chile

Two Comets in 2013 It’s a rare occasion to have a comet come close enough to observe with the unaided eye. This year, we may be able to see two comets. EarthSky’s Deborah Byrd and Michael Brennan discuss the two comets of 2013. First up is Comet PANSTARRS, which should become visible in the Northern Hemisphere this week.

The World’s Quietest Room Jorge Salazar talks to Ryan Britton about the science of silence, and how complete quiet can make you crazy.