NASA released this image as the Juno spacecraft arrived at Jupiter. 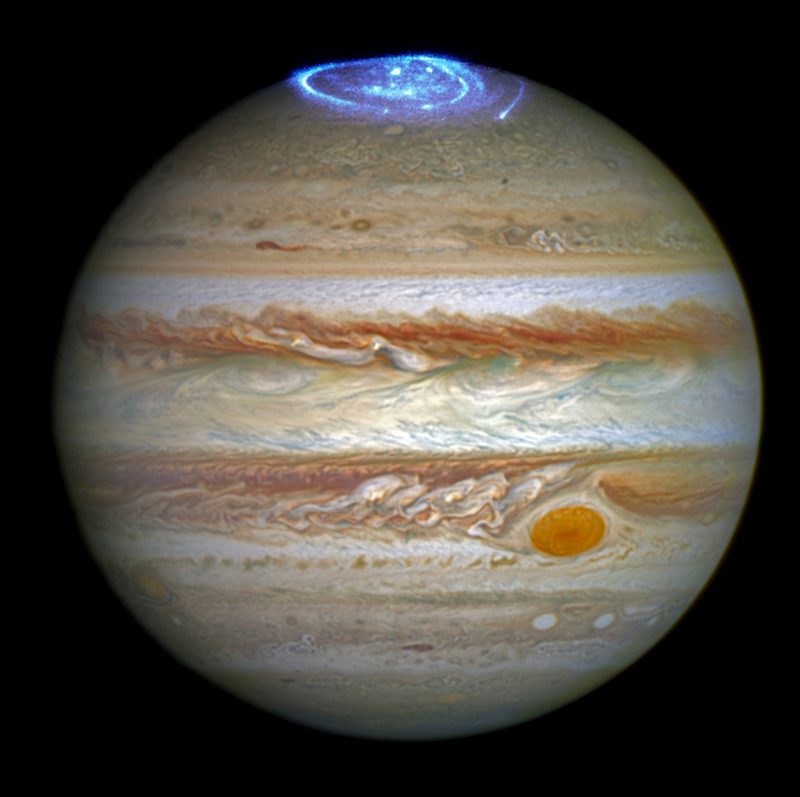 NASA released this stunning image of a Jupiter aurora on July 1, 2016, just days before the Juno spacecraft arrives at Jupiter after a 5-year voyage. The Hubble Space Telescope acquired the imagery back on May 19, as part of a program to study how the solar wind affects auroras on Jupiter. NASA said:

While Hubble is observing and measuring the auroras on Jupiter, Juno [has been] measuring the properties of the solar wind itself; a perfect collaboration between a telescope and a space probe.