Toward the end of its life, our own sun will go through a phase very much like the one pictured here.

The European Southern Observatory’s Very Large Telescope in northern Chile captured what it says is “most detailed picture ever taken” of the glowing green planetary nebula IC 1295. This cloud of gases surrounds a dim and dying star located about 3,300 light-years away. Are planets here? No. A planetary nebula is a shell of gas with nothing to do with planets. The name happened when 19th century astronomers first began peering at these sorts of objects through their telescopes. They thought the planetary nebulae looked like giant worlds … but they aren’t worlds. Instead, they are dying suns. 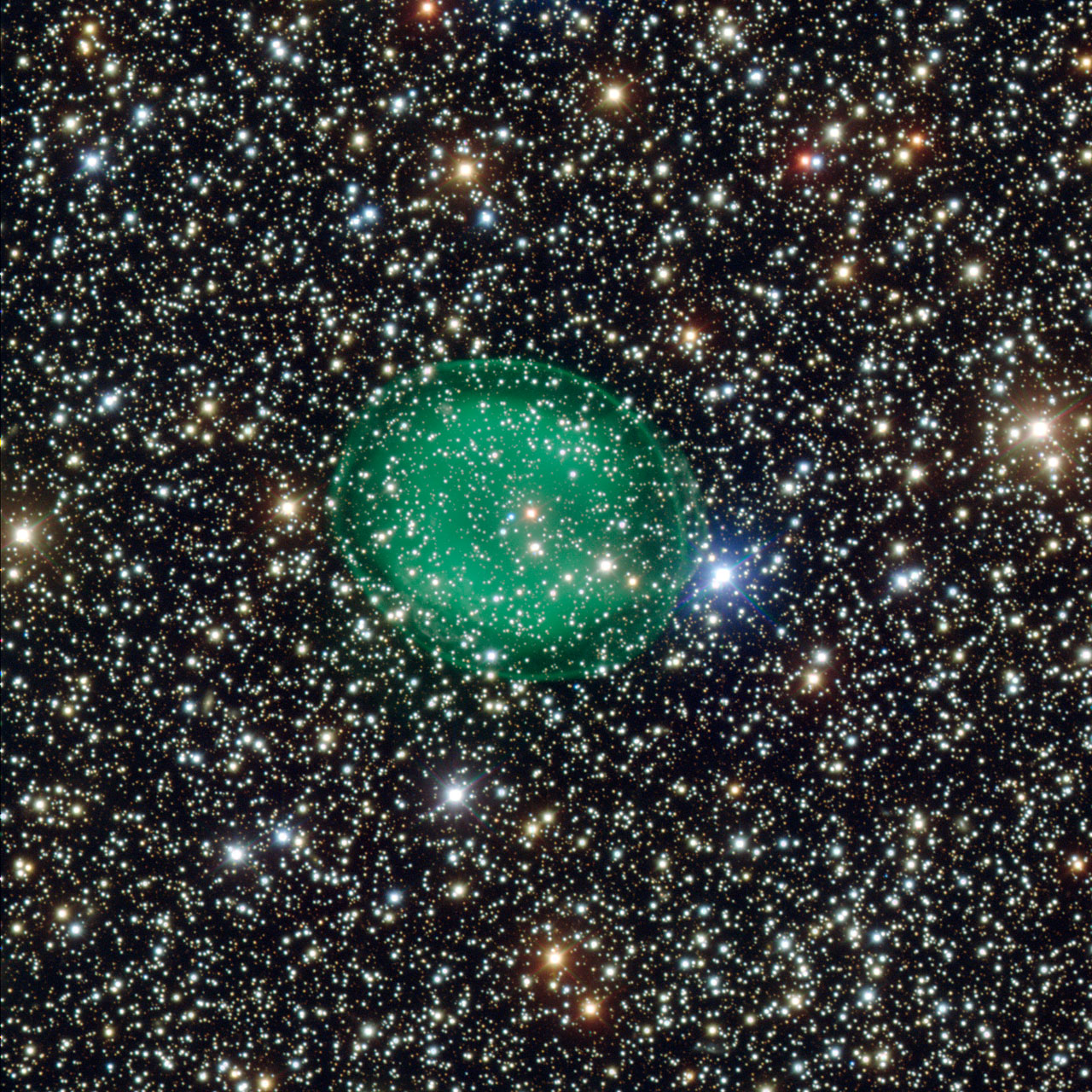 In fact, toward the end of its life, our own sun will go through a phase very much like the one pictured above. When our sun and other similar stars run low on the thermonuclear fuel they need to shine, as they make their final transition to old age, they spend a few thousand earthly years sloughing off portions of their outer layers. That’s what’s happening here. As we look at IC 1295, we are seeing a star at this stage of its evolution, surrounded by glowing clouds of gas that once were part of the star’s atmosphere.

The planetary nebula IC 1295 lies in the direction to our constellation of Scutum the Shield. ESO says:

It has the unusual feature of being surrounded by multiple shells that make it resemble a micro-organism seen under a microscope, with many layers corresponding to the membranes of a cell.