The launch teams are resetting for another launch attempt tomorrow, Wednesday, February 11, at 6:03 p.m. EST. The weather forecast calls for a 90 percent chance of acceptable conditions. 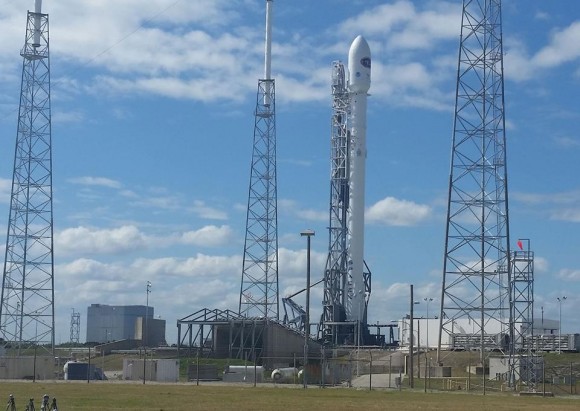 NASA Television coverage of Tuesday’s launch will begin at 5 p.m.

Officials from NOAA, the U.S. Air Force and NASA chose Tuesday for the next launch attempt because of more favorable weather forecasts for Tuesday and Wednesday compared to Monday.

While it is not required for flight, SpaceX will leverage the extra time to replace a video transmitter on the first stage in advance of the next attempt.

[UPDATE February 8, 2015 6:03 p.m. EST] Sunday’s planned launch of the Deep Space Climate Observatory, or DSCOVR, has been delayed. The launch will be Monday at the earliest. There was a problem with the range-tracking system in Florida. This means, of course, that SpaceX’s attempt to land the first stage of its Falcon 9 rocket on an oceangoing platform is also delayed. 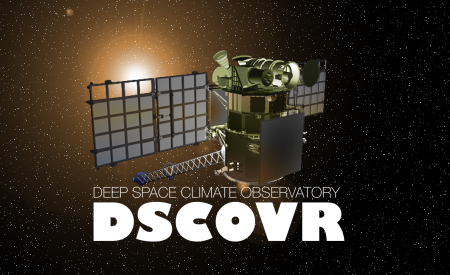 The plan was to launch the National Oceanic and Atmospheric Administration (NOAA) satellite called Deep Space Climate Observatory, or DSCOVR, from Cape Canaveral in Florida today (February 8). The launch had been scheduled for 6:10 p.m. EST (February 9 at 0010 UTC).

Many watched live coverage of the scrubbed launch via nasatv.

A history-making feature of this launch is SpaceX’s plan to attempt another soft landing of the first stage of its Falcon 9 rocket on a platform floating in the Atlantic Ocean some 370 miles (600 km) northeast of the launch site. SpaceX wants to do this in order to help make spaceflight more cost-effective; however, so far, it has not successfully accomplished a soft landing of the Falcon 9 first stage. The last attempt, less than a month ago, crashed into the 300-by-100-foot floating platform and burst into flame. SpaceX founder Elon Musk was upbeat about the recent crash, when he tweeted:

Rocket made it to drone spaceport ship, but landed hard. Close, but no cigar this time. Bodes well for the future tho.

Meanwhile, the DSCOVR mission itself is a fascinating one. The spacecraft’s primary mission is to monitor space weather – effects from the material and energy from the sun that can impact our satellites and technological infrastructure on Earth.

DSCOVR’s destination is one of the sun-Earth Lagrangian points – Lagrange 1 – a point in the Earth-sun system some 932,000 miles (1.5 million km) from Earth, where the the gravitational forces between the sun and Earth create a relatively stable place for a space vehicle to orbit. A spacecraft can orbit the Lagrange 1 point just as it can orbit a planet. Lagrange 1 lies far beyond Earth’s magnetic environment, making it a perfect place to measure the constant stream of particles from the sun, known as the solar wind, as they pass by.

From its orbit around Lagrange 1, DSCOVR will provide critical data necessary for NOAA space weather forecasters to issue timely and accurate warnings of solar storms, which have the potential to disrupt major public infrastructure systems such as power grids, telecommunications, aviation and GPS.

DSCOVR is a planned two-year mission, but its fuel could last five years, say scientists.

Read more about the mission.

Bottom line: NOAA’s DSCOVR was scheduled to launch Sunday (February 8) at 6:10 p.m. EST, but the launch has been postponed to Tuesday or Wednesday. This means SpaceX’s attempt to land the first stage of its Falcon 9 rocket on an oceangoing platform is also delayed.