Do no harm to life on Mars? Ethical limits of Prime Directive

A philosopher argues that now is the time to figure it out, before we make the inevitable discovery of extraterrestrial life. 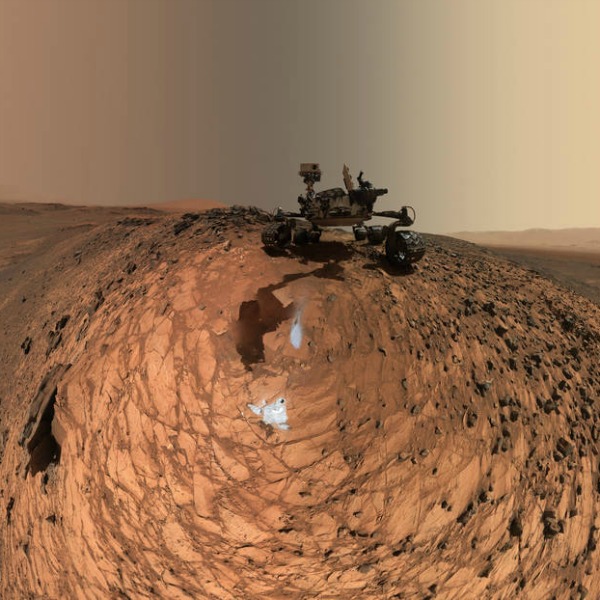 We’re on the hunt for life – what do we do when we find it? Image credit: NASA/JPL-Caltech/MSSS

NASA’s chief scientist recently announced that “…we’re going to have strong indications of life beyond Earth within a decade, and I think we’re going to have definitive evidence within 20 to 30 years.” Such a discovery would clearly rank as one of the most important in human history and immediately open up a series of complex social and moral questions. One of the most profound concerns is about the moral status of extraterrestrial life forms. Since humanities scholars are only just now beginning to think critically about these kinds of post-contact questions, naïve positions are common.

Take Martian life: we don’t know if there is life on Mars, but if it exists, it’s almost certainly microbial and clinging to a precarious existence in subsurface aquifers. It may or may not represent an independent origin – life could have emerged first on Mars and been exported to Earth. But whatever its exact status, the prospect of life on Mars has tempted some scientists to venture out onto moral limbs. Of particular interest is a position I label “Mariomania.”

If there is life on Mars, I believe we should do nothing with Mars. Mars then belongs to the Martians, even if the Martians are only microbes.

Chris McKay, one of NASA’s foremost Mars experts, goes even further to argue that we have an obligation to actively assist Martian life, so that it does not only survives, but flourishes:

…Martian life has rights. It has the right to continue its existence even if its extinction would benefit the biota of Earth. Furthermore, its rights confer upon us the obligation to assist it in obtaining global diversity and stability.

To many people, this position seems noble because it calls for human sacrifice in the service of a moral ideal. But in reality, the Mariomaniac position is far too sweeping to be defensible on either practical or moral grounds. 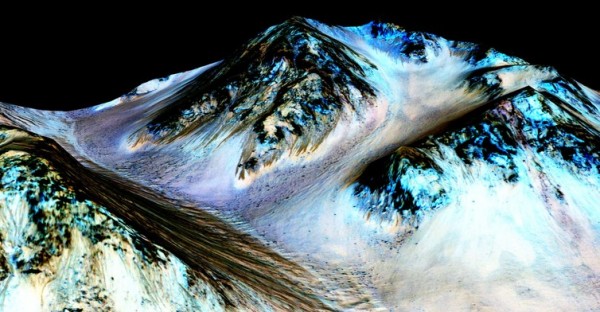 Streaks down Martian mountains are evidence of liquid water running downhill – and hint at the possibility of life on the planet. Image credit: NASA/JPL/University of Arizona

A moral hierarchy: Earthlings before Martians?

Suppose in the future we find that:

– There is (only) microbial life on Mars.

– We have long studied this life, answering our most pressing scientific questions.

– It has become feasible to intervene on Mars in some way (for instance, by terraforming or strip mining) that would significantly harm or even destroy the microbes, but would also be of major benefit to humanity.

Mariomaniacs would no doubt rally in opposition to any such intervention under their “Mars for the Martians” banners. From a purely practical point of view, this probably means that we should not explore Mars at all, since it is not possible to do so without a real risk of contamination.

Beyond practicality, a theoretical argument can be made that opposition to intervention might itself be immoral:

Obviously, there are a great many subtleties I don’t consider here. For example, many ethicists question whether human beings always have higher moral value than other life forms. Animal rights activists argue that we should accord real moral value to other animals because, like human beings, they possess morally relevant characteristics (for instance, the ability to feel pleasure and pain). But very few thoughtful commentators would conclude that, if we are forced to choose between saving an animal and saving a human, we should flip a coin.

Simplistic claims of moral equality are another example of overgeneralizing a moral principle for rhetorical effect. Whatever one thinks about animal rights, the idea that the moral status of humans should trump that of microbes is about as close to a slam dunk as it gets in moral theory.

On the other hand, we need to be careful since my argument merely establishes that there can be excellent moral reasons for overriding the “interests” of Martian microbes in some circumstances. There will always be those who want to use this kind of reasoning to justify all manner of human-serving but immoral actions. The argument I outline does not establish that anyone should be allowed to do anything they want to Mars for any reason. At the very least, Martian microbes would be of immense value to human beings: for example, as an object of scientific study. Thus, we should enforce a strong precautionary principle in our initial dealings with Mars (as a recent debate over planetary protection policies illustrates).

For every complex question, there’s a simple, incorrect answer

Mariomania seems to be the latest example of the idea, common among undergraduates in their first ethics class, that morality is all about establishing highly general rules that admit no exception. But such naïve versions of moral ideals don’t long survive contact with the real world. 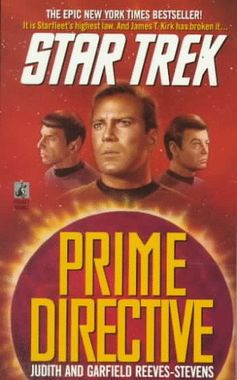 Hollywood’s version of moral obligation can be a starting point for our real-world ethical discussion.

By way of example, take the “Prime Directive” from TV’s “Star Trek”:

As every good trekkie knows, Federation crew members talk about the importance of obeying the prime directive almost as often as they violate it. Here, art reflects reality, since it’s simply not possible to make a one-size-fits-all rule that identifies the right course of action in every morally complex situation. As a result, Federation crews are constantly forced to choose between unpalatable options. On the one hand, they can obey the directive even when it leads to clearly immoral consequences, as when the Enterprise refuses to cure a plague devastating a planet. On the other hand, they can generate ad hoc reasons to ignore the rule, as when Captain Kirk decides that destroying a supercomputer running an alien society doesn’t violate the spirit of the directive.

Of course, we shouldn’t take Hollywood as a perfect guide to policy. The Prime Directive is merely a familiar example of the universal tension between highly general moral ideals and real-world applications. We will increasingly see the kinds of problems such tension creates in real life as technology opens up vistas beyond Earth for exploration and exploitation. If we insist on declaring unrealistic moral ideals in our guiding documents, we should not be surprised when decision makers are forced to find ways around them. For example, the U.S. Congress’ recent move to allow asteroid mining can be seen as flying in the face of the “collective good of mankind” ideals expressed in the Outer Space Treaty signed by all space-faring nations.

The solution is to do the hard work of formulating the right principles, at the right level of generality, before circumstances render moral debate irrelevant. This requires grappling with the complex trade-offs and hard choices in an intellectually honest fashion, while refusing the temptation to put forward soothing but impractical moral platitudes. We must therefore foster thoughtful exchanges among people with very different conceptions of the moral good in order to find common ground. It’s time for that conversation to begin in earnest.