Study suggests that extraterrestrial worlds can be extremely diverse in their chemical compositions, including many that are drastically different from our earthly experience. 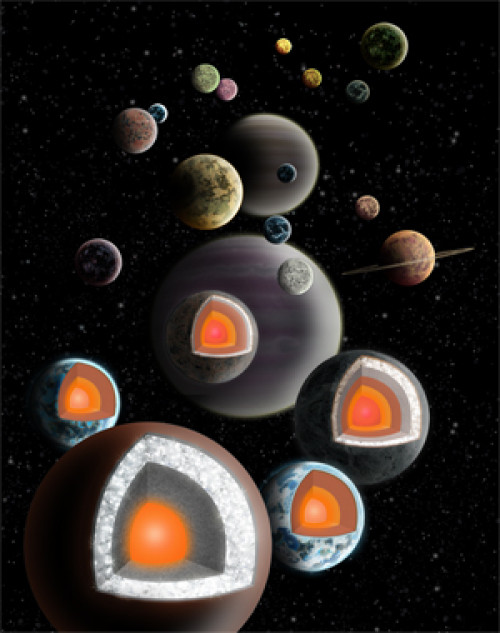 Carbon-rich planets may be more common than previously thought, according to new research by Yale University astronomers.

Some of these planets, all located far beyond Earth’s solar system, could contain vast deposits of graphite or diamonds, and their apparent abundance prompts new questions about the implications of carbon-intense environments for climate, plate tectonics, and other geological processes, as well as for life.

“Despite the relatively small amount of carbon on Earth, carbon has been critical for the emergence of life and the regulation of our climate through the carbon-silicate cycle,” said Yale doctoral candidate John Moriarty, who led the research, recently published in Astrophysical Journal. “It’s an open question as to how carbon-rich chemistry will affect the habitability of exoplanets. We hope our findings will spark interest in research to help answer these questions.”

Exoplanets are planets outside Earth’s solar system. In October 2012 Madhusudhan published a paper arguing that 55 Cancri e, a rocky exoplanet twice Earth’s size, is likely covered in graphite and diamond.

Astronomers generally believe that rocky exoplanets are composed — as Earth is — largely of iron, oxygen, magnesium, and silicon, with only a small fraction of carbon. In contrast, carbon-rich planets could have between a small percentage and three-quarters of their mass in carbon. (Earth has 0.005%.)

Moriarty, Madhusudhan, and Fischer developed an advanced model for estimating exoplanet composition. Previous models were based on static snapshots of the gaseous pools (or disks) in which planets form. Their new model tracks changes in the composition of the disk as it ages.

Said Madhusudhan, “Our study shows that extraterrestrial worlds can be extremely diverse in their chemical compositions, including many that are drastically different from our earthly experience.”

There are more than 1,000 confirmed exoplanets and more than 3,000 exoplanet “candidates.”

“An important question is whether or not our Earth is a typical rocky planet,” said Fischer. “Despite the growing number of exoplanet discoveries, we still don’t have an answer to this question. This work further expands the range of factors that may bear on the habitability of other worlds.”