Dark energy is thought to be the driver for the expansion of the universe. But do we need dark energy to account for an expanding universe? 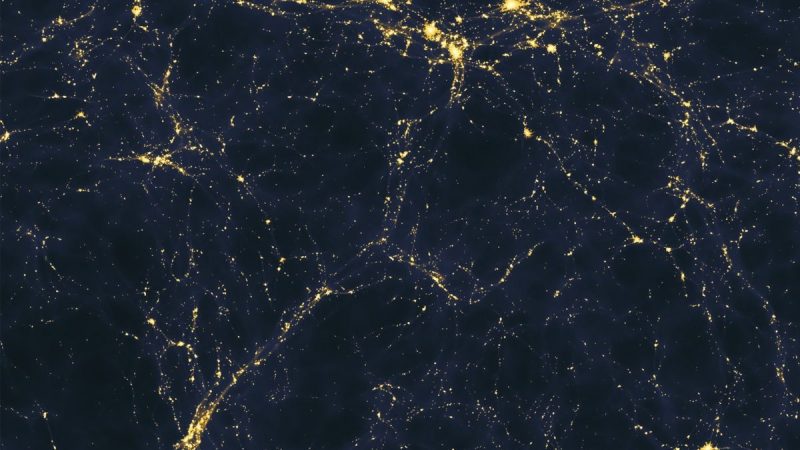 Image via Brian Koberlein/ One Universe at a Time.

Our universe is expanding. We’ve known this for nearly a century, and modern observations continue to support this. Not only is our universe expanding, it is doing so at an ever-increasing rate. But the question remains as to what drives this cosmic expansion. The most popular answer is what we call dark energy. But do we need dark energy to account for an expanding universe? Perhaps not.

Despite the unexplainable weirdness of dark energy, it matches observations so well that it has become part of the concordance model for cosmology, also known as the Lambda-CDM model. Here the Greek letter Lambda is the symbol for dark energy, and CDM stands for Cold Dark Matter.

In this model there is a simple way to describe the overall shape of the cosmos, known as the Friedmann–Lemaître–Robertson–Walker (FLRW) metric. The only catch is that this assumes matter is distributed evenly throughout the universe. In the real universe matter is clumped together into clusters of galaxies, so the FLRW metric is only an approximation to the real shape of the universe. Since dark energy makes up about 70% of the mass/energy of the universe, the FLRW metric is generally thought to be a good approximation. But what if it isn’t?

A new paper argues just that. Since matter clumps together, space would be more highly curved in those regions. In the large voids between the clusters of galaxies, there would be less space curvature. Relative to the clustered regions, the voids would appear to be expanding similarly to the appearance of dark energy. Using this idea the team ran computer simulations of a universe using this cluster effect rather than dark energy. They found that the overall structure evolved similarly to dark energy models.

That would seem to support the idea that dark energy might be an effect of clustered galaxies.

It’s an interesting idea, but there are reasons to be skeptical. While such clustering can have some effect on cosmic expansion, it wouldn’t be nearly as strong as we observe. While this particular model seems to explain the scale at which the clustering of galaxies occur, it doesn’t explain other effects, such as observations of distant supernovae which strongly support dark energy. Personally, I don’t find this new model very convincing, but I think ideas like this are certainly worth exploring. If the model can be further refined, it could be worth another look.