Scientists aboard an aircraft caught the impressive streak and final breakup of the Orbital ATK Cygnus supply ship, as it re-entered Earth’s atmosphere on June 22.

A cargo spacecraft that had carried supplies to the International Space Station (ISS) successfully completed its mission and departed ISS on June 14, 2016. Orbital ATK Cygnus (Cygnus OA6) then re-entered Earth’s atmosphere on June 22 at 13:29 UTC (9:29 a.m. ET), some 70 miles (113 km) above Earth’s surface, over unpopulated areas in the South Pacific Ocean.

As it re-entered, the Cygnus resupply vehicle created an impressive horizon-to-horizon meteor, as seen in the video above and photos below, successfully captured by scientists aboard a chartered aircraft. 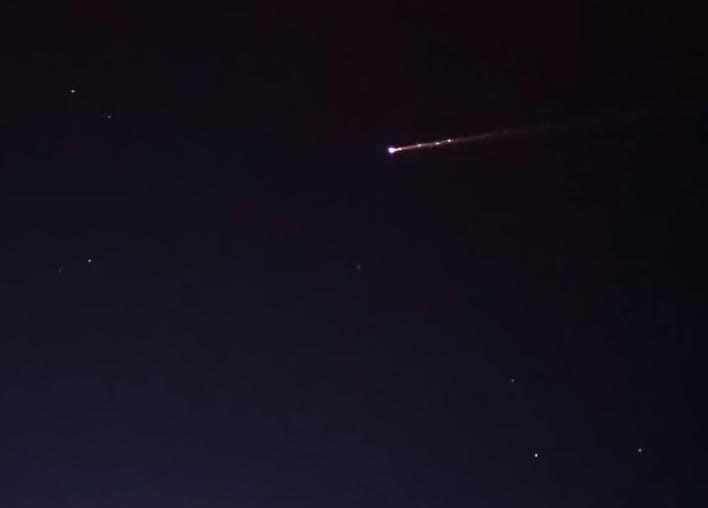 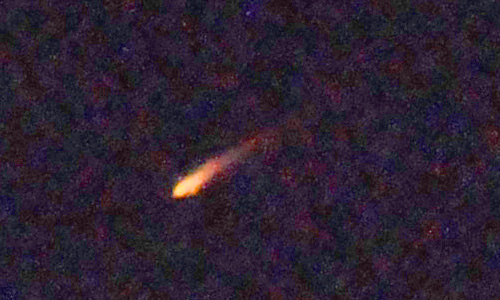 Janna Feelay, from Aerospace Corporation, and NASA astronomer Peter Jenniskens, who also works at the Seti Institute, were part of the team that captured the spacecraft’s final moments from an aircraft. The capture was part of the Cygnus Shallow Re-Entry Observation Campaign, a multi-instrument airborne campaign to monitor the shallow reentry of Cygnus OA6 over the South Pacific, in part to aid in understanding: 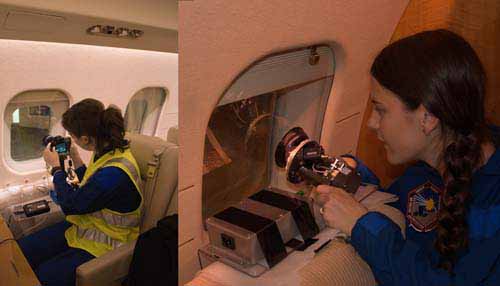 Peter Jenniskens aboard the aircraft, set up to detect Cygnus’ approach as it re-entered. Image via Cygnus Shallow Re-entry Observing Campaign.

Cygnus OA6, from aerospace company Orbital ATK, launched to the ISS on March 22, carrying nearly 7,500 pounds of experiments and supplies for the astronauts and cosmonauts aboard the space laboratory.

Bottom line: Success! Cygnus OA6 re-entered at 13:29 UTC, June 22, 2016, creating a horizon-to-horizon meteor. Observers onboard a chartered aircraft for the Cygnus Re-entry Observation Campaign captured images and data on the re-entry, with the ultimate goal of understanding the-end-of-life ISS de-orbit and the physics of shallow, uncontrolled spacecraft reentries.