Curiosity rover on Mars poised to have its drilling debut

See what the Curiosity rover sees as it’s poised on the edge of a possible first drilling site on Mars. It might start drilling a few days from now.

It’s fascinating to look at a patch of ground and know it exists on a world other than Earth. That’s the case with this image, released today (January 15, 2013) by NASA, showing a patch of veined, flat-lying rock inside the Gale Crater on Mars, selected as the possible first drilling site for NASA’s Mars rover Curiosity, which set down on Mars last August to begin a two-year primary mission. Curiosity will roll toward this spot in the next few days. If the rock meets rover engineers’ approval, this site will become the first to be drilled by Curiosity for a sample. The goal: to find out if Mars ever offered an environment favorable for microbial life. 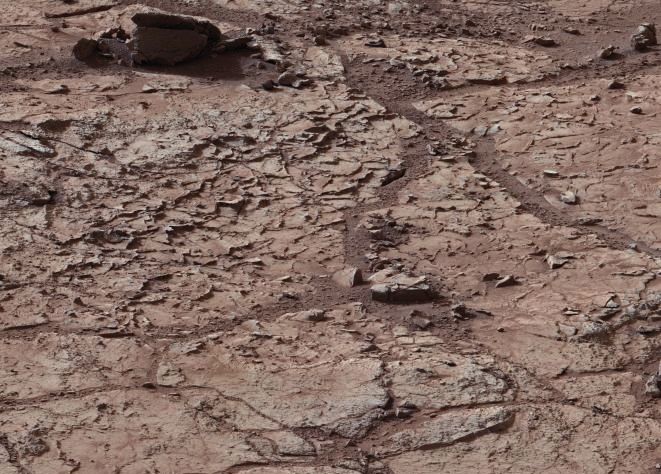 As you can see, this place on the planet Mars is shot full of fractures and veins. NASA says the rock also containing concretions, which are small spherical concentrations of minerals.

The annotated image below shows this site better. The scale bar at the bottom of the image is 19.7 inches (50 centimeters) long. On the annotated version, three boxes, each about 4 inches (10 centimeters) across, designate enlargements on the right that illustrate attributes of the area. 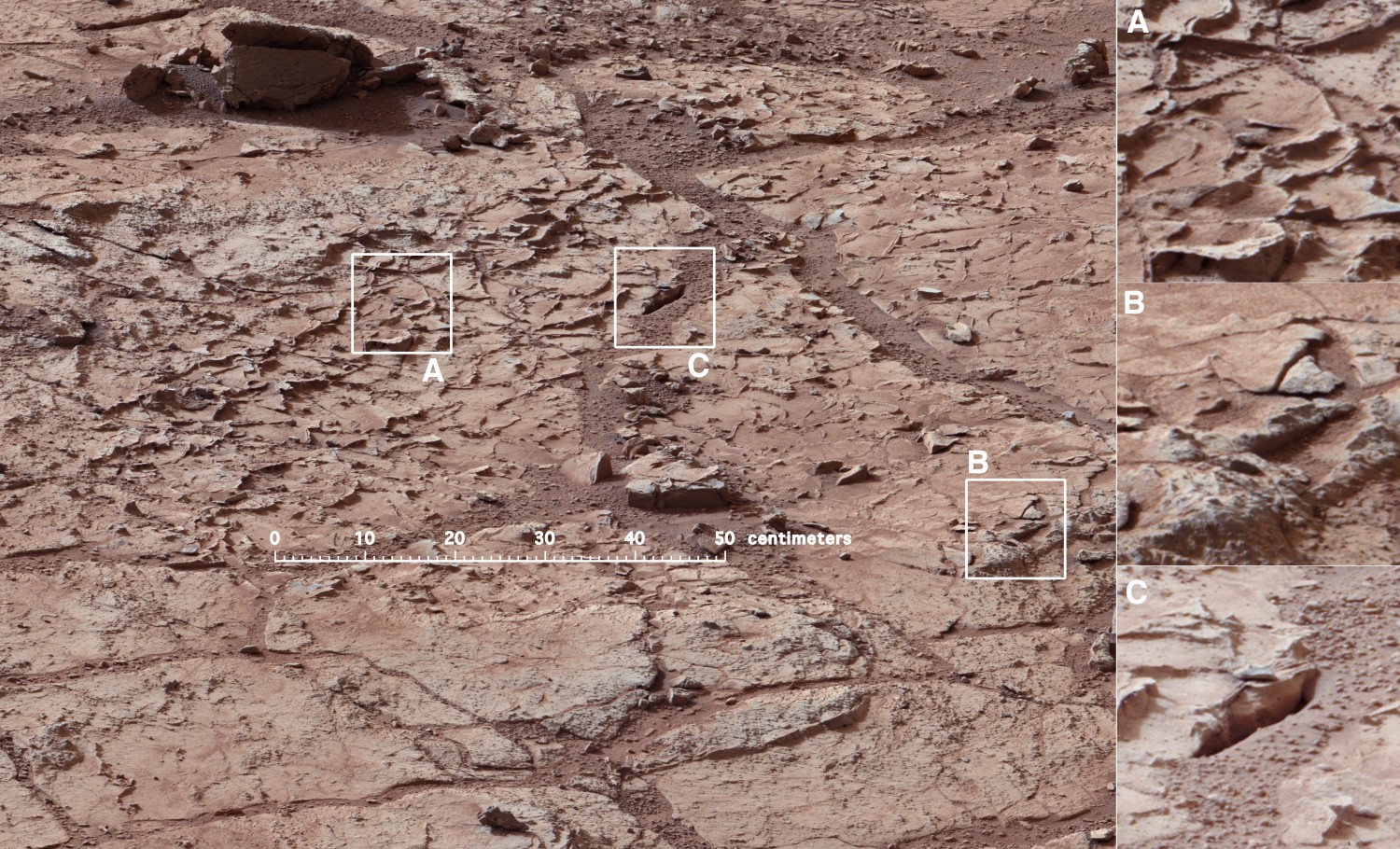 In this annotated image of Curiosity’s first drilling spot, the enlargements on the right side of the image are explained below. Image via NASA/JPL-Caltech/MSSS. View larger.

Enlargement A shows a high concentration of ridge-like veins protruding above the martian surface … Enlargement B shows that in some portions of this feature, there is a horizontal discontinuity a few centimeters or inches beneath the surface. The discontinuity may be a bed, a fracture, or potentially a horizontal vein. Enlargement C shows a hole developed in the sand that overlies a fracture, implying infiltration of sand down into the fracture system.

By the way, the image has been white-balanced to show what the rocks would look like if they were on Earth. To learn more about this site, and about Curiosity’s possible drilling debut in the coming days, check out this NASA site.

Bottom line: On January 15, 2013, NASA released images of the site where the Curiosity rover on Mars might drill into its first martian rock. Curiosity is currently poised on the edge of this possible drilling site. If the site meets engineers’ approval, Curiosity will make its drilling debut a few days from now.