The European Space Agency’s next big planet-hunting mission – the Plato space telescope – will continue the search for rocky and potentially habitable worlds orbiting other stars. 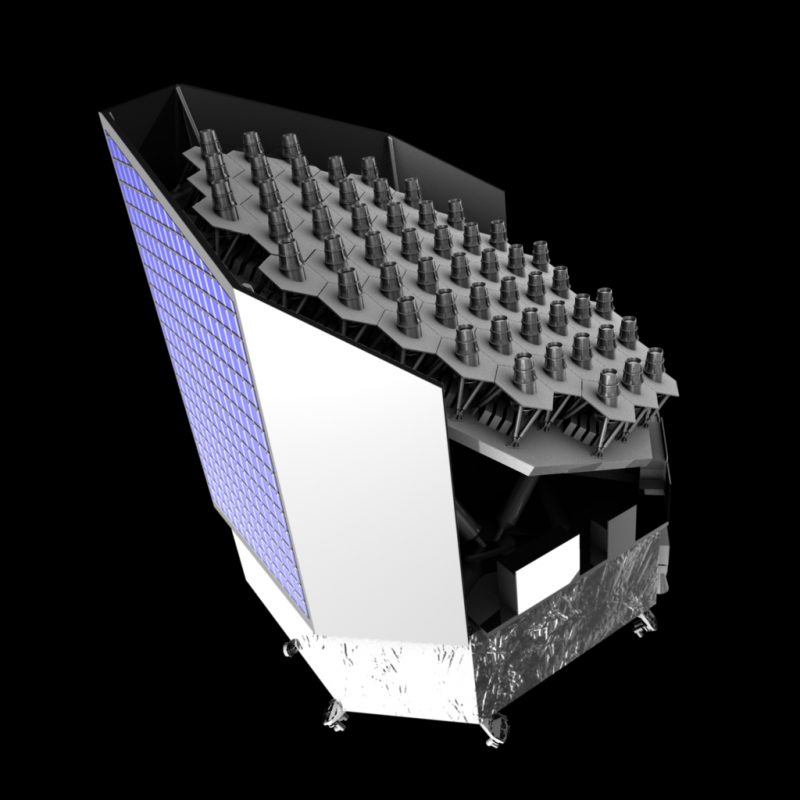 The search for exoplanets – planets orbiting other stars – has really ramped up in recent years, with new telescopes, both space and ground-based, being launched, built and on the drawing board. Those efforts have already discovered thousands of exoplanets, both confirmed and additional candidates. On October 4, 2018, the initial construction of one of the latest additions to the exoplanet-hunting family was announced – the European Space Agency’s Plato mission. The announcement was made at the 69th International Astronautical Congress in Bremen, Germany, where the new contract was signed.

The contract includes delivery of the satellite, the testing phase leading to launch, support during the launch campaign and the in-orbit commissioning phase. Plato will be built and assembled by satellite manufacturer OHB System together with Thales Alenia Space (in France and the U.K.) and RUAG Space in Switzerland, as well as by contributors from many other ESA member states. The primary scientific instrument, an array of 26 cameras and electronic units, will observe a large patch of the sky. According to Ana Heras, Plato project scientist at ESA:

Plato is a next-generation exoplanet mission that will monitor thousands of bright stars over a large area of the sky in search of tiny, regular dips in their brightness caused by transiting planets. Since planets only block a minute portion of the light radiated by their parent star, this quest requires extremely precise, long-term photometric observations. 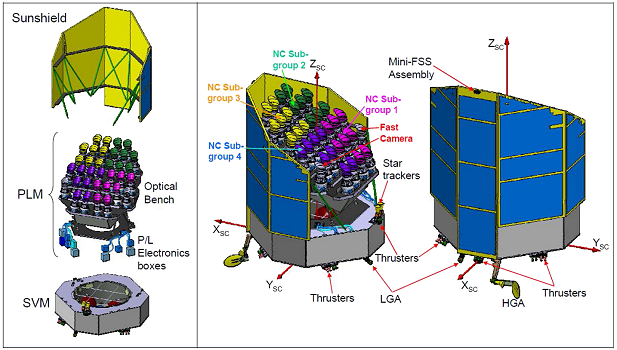 The Thales Alenia Space design for Plato. Image via ESA. 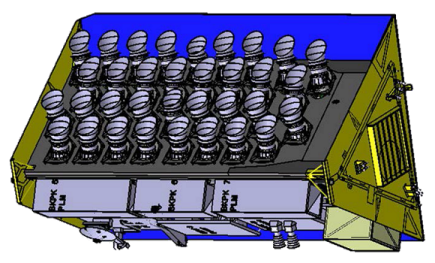 The EADS Astrium design for Plato. Image via ESA.

NASA’s Kepler Space Telescope has found the majority of these new worlds, but that mission is now winding down as the spacecraft runs out of fuel. The TESS telescope, which launched just a few months ago, has already found its first couple of planets after beginning science operations more recently. Kepler focused on finding planets of various sizes and masses around stars many light-years away, and TESS will observe brighter stars much closer to our solar system, focusing on planets about the same size as Earth, including in the habitable zones of their stars, where liquid water could exist on their surfaces.

So how does Plato compare? Plato – the PLAnetary Transits and Oscillations of stars mission – won’t launch until 2026, but it should be well worth the wait. Like TESS, its main goal will be to will search for rocky planets orbiting in the habitable zones of relatively close sun-like stars. It will seek to answer a key question, according to Johann-Dietrich Wörner, Director General of ESA:

Does a second Earth exist in the universe? is one of the exciting questions in astrophysics today. With our Plato satellite we are focusing on Earth-like planets orbiting up to the habitable zone around other stars which are similar to our sun. This will be a major step towards finding another Earth. 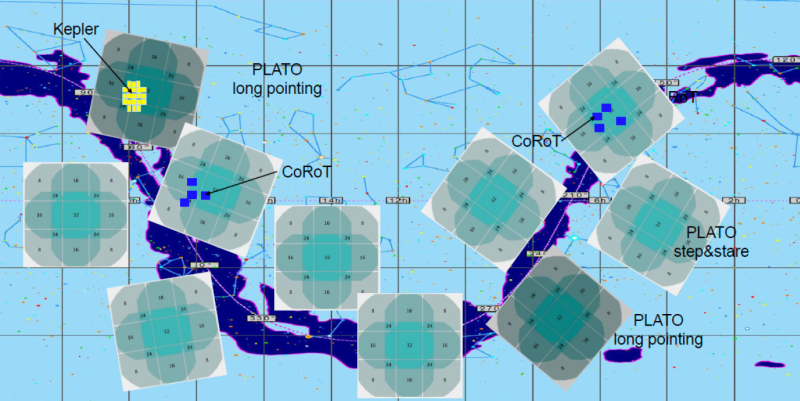 Comparison of areas of the sky already observed by Corot and Kepler and future Plato targets. The lighter “step-and-stare” target areas are tentative as their exact location has not yet been determined. Image via CNES/ESA.

While Plato’s focus will be on finding the planets, it will also examine the their masses, sizes and ages with unprecedented accuracy, as well as study the properties of the host stars, even the stars’ seismic activity – known as asteroseismology – which will help scientists better understand stellar interiors and evolution. Plato will be able to determine a star’s mass with 1 percent accuracy. By looking at the properties of the planets themselves in detail, scientists will be able to determine the architecture of exoplanetary systems and whether they might host habitable worlds.

Plato will operate at the L2 Lagrange point in space – 0.93 million miles (1.5 million km) beyond Earth as seen from the sun. Its nominal mission will last for six years, in three stages. The first two will be long-duration observations, focused on two sky fields thought to hold a high density of cold dwarf stars and designed to detect transits with an orbital period similar to Earth’s. The first observation phase will last 2-3 years and the second will last two years. The third and last phase of the mission will be a “step-and-stare” phase, during which different parts of the sky will be monitored for a few months each, and will last for at least one year. 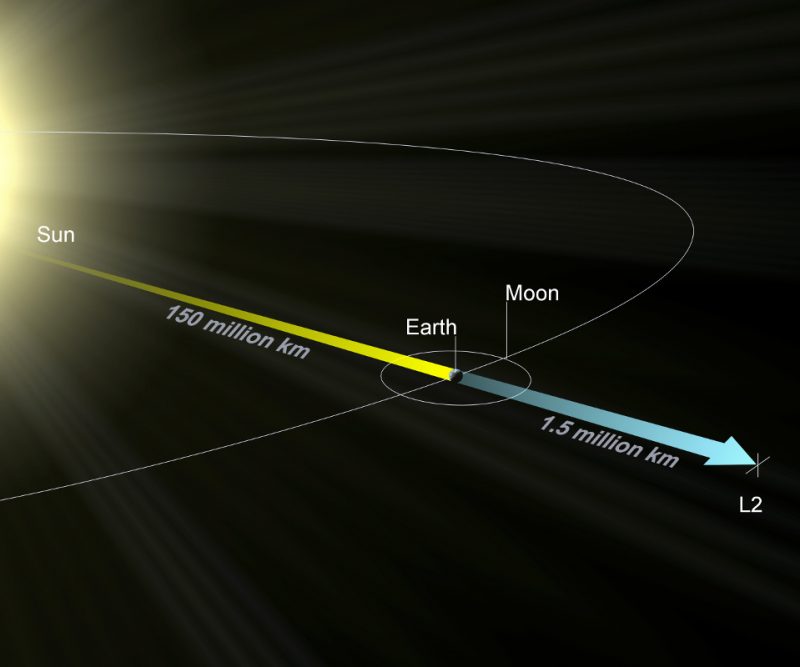 Plato will be a follow-up mission to Cheops, ESA’s next planet-hunter. Cheops will be launched much sooner – next year – and conduct more detailed studies of already-known exoplanets, in particular super-Earths – rocky planets larger than Earth but smaller than Neptune – and Neptune-sized analogs.

After Plato, the Atmospheric Remote-sensing Infrared Exoplanet Large-survey (AERIAL) mission will be launched in 2028, to observe a wide range of exoplanets – from rocky worlds to gas giants – and examine their atmospheres, much like NASA’s upcoming James Webb Space Telescope (JWST).

Studying the planets’ atmospheres is vital in trying to determine which ones may be habitable – or even inhabited. JWST will even be able to look for biomarker gases in the atmospheres, which, if found, would be compelling evidence for active biology. 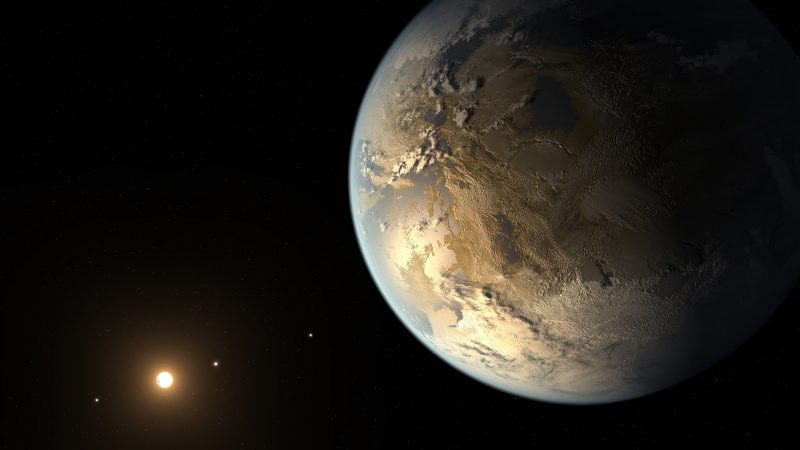 Plato will search for rocky exoplanets in the habitable zones of their stars. Image via NASA Ames/JPL-Caltech/T. Pyle.

The start of construction of Plato is exciting, even if the launch is still a long way off. As noted by Filippo Marliani, ESA’s Plato Project Manager:

We are pleased to kick off construction of this exciting mission. With the prime contractor and the support of European space industry, we are looking forward to building a spacecraft that will tackle some of humankind’s most profound questions.

Bottom line: The Plato mission will be an important one in the search for rocky and potentially habitable planets like Earth orbiting other stars. Such worlds are a primary focus for astronomers as they are the ones most likely to be able to support life.