Tomorrow, the spacecraft will shift from its orbit of Earth toward a path to the moon.

Animation of Hohmann transfer – an elliptical orbit used to transfer a spacecraft between 2 circular orbits around the same body in the same plane. While this GIF shows the Hohmann transfer for NASA’s InSight spacecraft, Chandrayaan-2 will be following a similar approach on August 14, 2019. From its orbit around the Earth, the spacecraft will enter an elliptical orbit that takes it nearer to the moon. Once there, a series of braking mechanisms will slow it down for lunar capture. Image via Wikipedia.

With all of the five Earth-bound maneuvers successfully completed as planned, India’s Chandrayaan-2 spacecraft will be shifting trajectories tomorrow (August 14, 2019). The Lunar Transfer Injection (LTI), scheduled between 3:00 to 4:00 IST (21:30 UTC August 13) will glide the spacecraft into a highly elliptical orbit precisely aimed to target the moon.

Chandrayaan-2 was launched by the Indian Space Research Organisation (ISRO) on July 22, 2019. The 8,488-pound (3850-kg) spacecraft was subjected to multiple orbit raising maneuvers that increased its altitude and decreased the influence of Earth’s gravity on the spacecraft. The fifth and final maneuver was performed on August 6, 2019. According to a statement from ISRO:

Fifth earth bound orbit raising maneuver for Chandrayaan-2 spacecraft has been performed successfully today (August 6, 2019) at 1504 hours (IST) as planned, using the onboard propulsion system for a firing duration of 1041 seconds. The orbit achieved is 276 x 14,2975 km. All spacecraft parameters are normal.

On August 14, the spacecraft’s propulsion systems will fire up once again at a specific point in its orbit around the Earth. This burn will be precisely timed so that the boost given to Chandrayaan-2 will target the spacecraft not to where the moon is at the time of the burn, but where it will be in the near future. This calculation has to be extremely precise since too large a burn can fling the spacecraft past the moon’s orbit, and a burn that doesn’t last long enough will not reach the moon at all.

A successful LTI will take Chandrayaan-2 near the moon and allow it to enter the moon’s orbit on August 20, 2019. And 48 days after launch, the spacecraft is expected to soft-land on the moon’s south pole on September 7.

Here are a few of the first images captured by Chandrayaan-2’s Vikram lander: 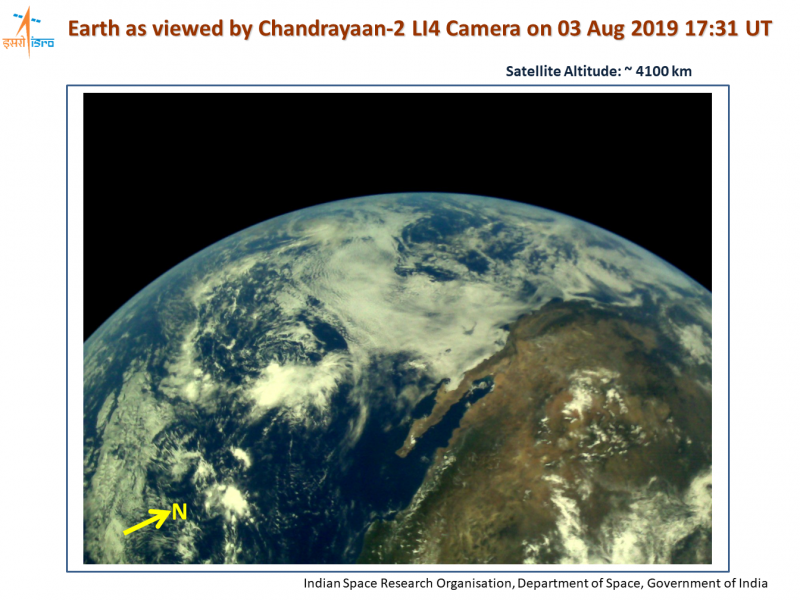 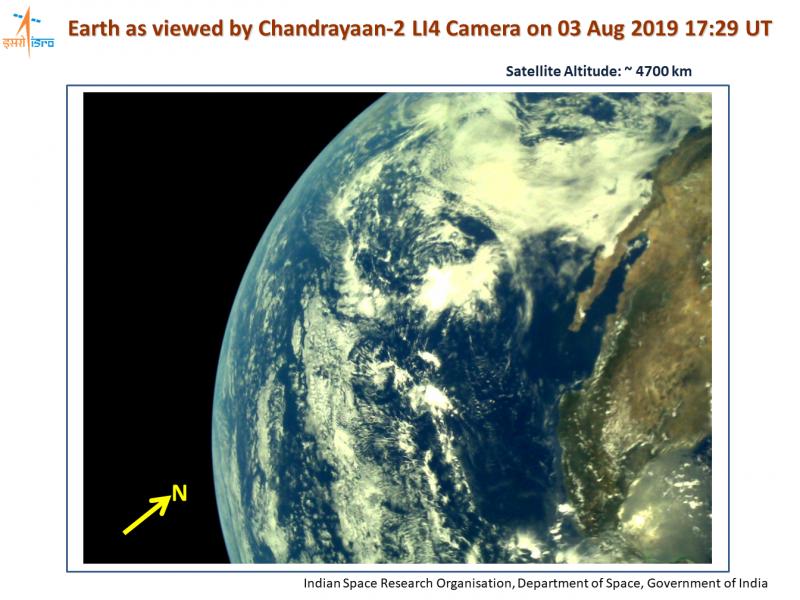 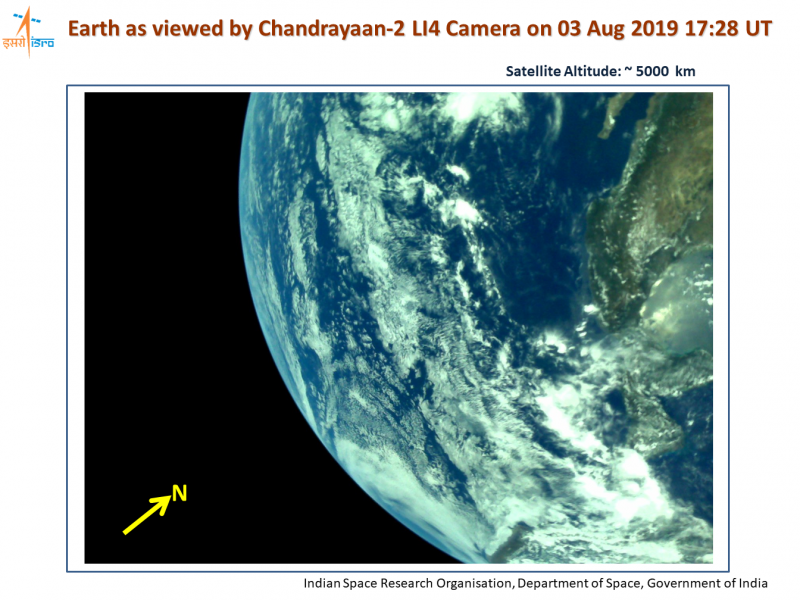 Bottom line: Chandrayaan-2 is still orbiting the Earth. On August 14, it will be directed toward a path to the moon.